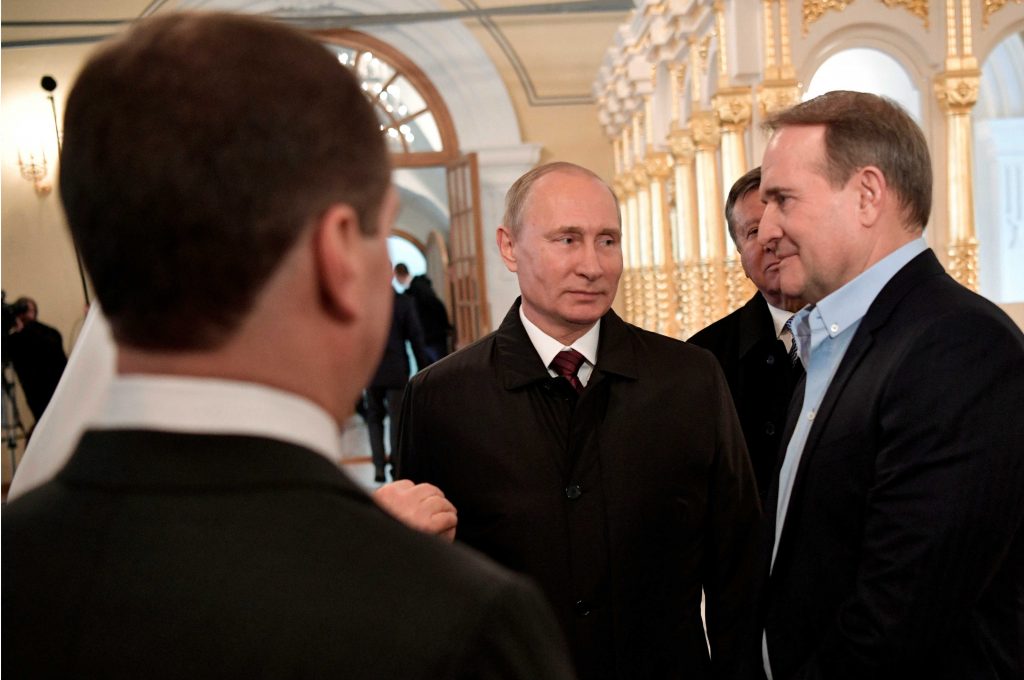 My interlocutor was highly dissatisfied with the answer. But why doesn’t the West pick their choice and invest $150-250 million in its candidate as is required to win an election? Both the Russians and the oligarchs do so. Why aren’t the Americans rational? Another expert claimed that a popular candidate can win the presidency with only $40-50 million, but that is also big money. By comparison, a Swedish parliamentary election campaign costs $12 million and a German one $90 million. Those amounts include all the parties.

We went on to discuss Viktor Medvedchuk, a Ukrainian oligarch who is considered Putin’s foremost agent in Ukraine. He was one of the first people the United States sanctioned over Russia’s occupation of Crimea on March 17, 2014, but he thrives in Ukraine in full freedom. He has allegedly just bought three television channels in Ukraine—112, NewsOne, and Zik—in apparent preparation for the presidential election. These channels match a populist electorate. Needless to say, nobody thinks that Medvedchuk has bought these television channels with his own money but has been financed by the Kremlin. Ukrainian oligarch Dmytro Firtash still owns the television channel Inter, and we know that he has received his money from Gazprom and Gazprombank.

Next we discussed who stands behind which candidate. A clear pattern can be seen: half a dozen Ukrainian oligarchs are allegedly financing up to eighteen potential presidential candidates. Serious oligarchs have three candidates in the game—one is their favorite, one might win, and one is a spoiler. The picture of a tense game of poker in a smoke-filled room late in the night captures the scene well.

This conversation reflects Ukrainian reality and what is wrong with it. Ideally, Ukraine should carry out three major changes to reduce the danger of its presidential election being purchased outright.

The first goal should be to reduce the president’s power by transforming Ukraine into a parliamentary republic. Ukraine’s constitution as amended in December 2004 was a hasty patchwork that lacked consistency. The division of power between the president and prime minister was always illogical. With the exception of France, all European Union countries have parliamentary systems, which are more transparent and contain more checks and balances than presidential systems. Ukrainian oligarchs are prepared to put up so much money for a presidential candidate because the expected returns are so great. If the president had less power, the presidential candidates would attract much less financing.

Second, Ukraine can only become a functioning democracy if political campaign expenditures are effectively capped. At present, only someone supported by one of the major tycoons can be elected. The current laws on election financing are too severe so that everybody recognizes that they cannot be applied, and Ukraine does not apply the rule of law in any case. All European Union countries have imposed strict regulations on campaign finance. In many countries, little but public expenditure is allowed, and these rules have been enforced. The two big campaign costs are television ads and billboards, which Ukrainian non-governmental organizations have measured well for many years. Such limitations can be enforced, if the rule of law even minimally exists. Hopefully, the novel anticorruption court can make a difference.

A much greater problem is the outright purchase of votes. One of my interlocutors claimed that half the Ukrainian electorate votes for money and that a standard payment for one vote is $20. Thus, if fifteen million votes are bought, the cost would be $300 million.

Ultimately, no rules on election financing can be implemented without far-reaching transparency. Ukraine has already advanced far in this direction with all the beneficiary owners of banks having been revealed. The next two steps should be to uncover the actual owners of Ukraine’s many television stations and the opening and public audit of election campaigns.

Finally, Ukraine’s law enforcement authorities need to impose the country’s laws on major Russian agents and sanctioned individuals. They must not be allowed to own television stations and fund presidential election campaigns. How can Medvedchuk and Firtash be allowed in this game? Any receipt of funding from the Kremlin or one of its proxies should disqualify a candidate immediately.

Anders Åslund is a senior fellow at the Atlantic Council and adjunct professor at Georgetown University.