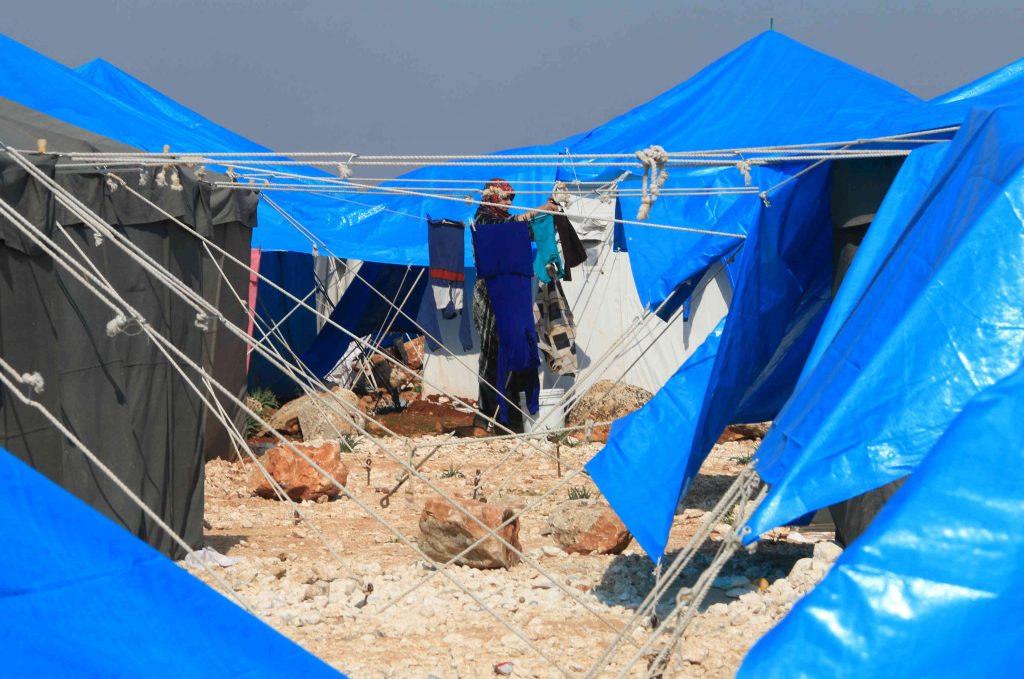 Moscow’s operation in Syria was designed to shore up the Assad regime, its long-time ally in the Middle East, from falling to various opposition forces, whose strongest elements were the Islamic State of Iraq and the Levant (ISIS), the al-Qaeda affiliate Nusra Front, and other extremist Sunni groups. Over time this intervention has also given the Kremlin a lever to pressure and even destabilize Europe by driving additional refugee flows there.

The Kremlin operation in Syria is limited largely to air power with some special forces on the ground. While claiming to be focused on the “terrorists”—whom the West identifies as ISIS and the other extremist Sunni groups—Russia has launched the vast majority of its attacks against the weaker, moderate opposition forces opposed to Assad. Moscow initially enjoyed limited success. By the end of 2015, Kremlin airpower had stopped the Assad regime from losing further territory, but even reinforced by Hezbollah and some Iranian Revolutionary Guard forces, it had barely retaken any territory from opposition groups.

Only in recent weeks has the Kremlin operation begun to produce substantial territorial gains. Carpet bombing the towns leading to Aleppo and the ancient city itself, Russian airpower inflicted enormous civilian casualties. This was the same strategy that Moscow employed successfully to win the second Chechen war in the late 1990s. In leveling the Chechen capital Grozny and other population centers, Moscow achieved victory, but only after killing tens of thousands of civilians and turning 25 percent of the population into internally displaced people.

Mao Zedong famously said that revolutionary guerillas should swim in the waters of friendly civilian populations until they were strong enough to challenge the military of their enemy. Moscow’s massive bombing dried up those waters by inflicting great casualties on guerillas and civilians together, permitting the advance of Assad’s forces. At the same time, its campaign produced another massive wave of refugee flows into Turkey, exacerbating the already serious refugee crisis in Europe.

The refugee crisis has dominated Europe’s political landscape since spring 2015. It has created divisions in the EU between countries that have opposed accepting the refugees and those insisting that all member states must do their share. It is also empowering hard-right parties in Europe that oppose EU integration and ignore Kremlin aggression in East Europe.

In Germany it has weakened the standing of Chancellor Angela Merkel. Finally, it has called into question a signature EU achievement—the Schengen zone’s visa-free travel—as different European nations work out different and even contradictory responses to the crisis.

The depth of European concern was evident in Merkel’s visit last week to the newly flooded refugee camps in Turkey near the Syrian border and her sharp denunciation of the brutal Kremlin bombing campaign that produced them. Equally important, it also led outgoing French Foreign Minister Laurent Fabius to criticize the Obama administration for its inaction in Syria.

Fabius is right. Had the West established a no-fly zone and safe havens in northern Syria before the Russian intervention, the worst of the refugee crisis might have been averted.

The West must act promptly to stop the refugee flows before it destabilizes Europe. Here responsibility lies primarily with Washington. With Russia in the game, only the United States has the military power to change the balance of forces on the Syrian battlefield in ways that would alleviate the refugee crisis.

Such measures would require US air power and tens of thousands of troops. Potential troop contributors might include France and Turkey. This approach would be the quickest way to address the crisis. Unfortunately, with Russian airpower dominating the skies of northern Syria, the risk of a military confrontation between the two nuclear superpowers would be substantial.

Another approach might offer fewer risks. Thanks to Moscow’s airpower, the Assad regime enjoys an advantage over US allies. To offset this advantage, the United States could destroy Syrian military hardware, target advancing Syrian, Iranian and Hezbollah forces, and their supply lines. US forces could use precision missile strikes to achieve most of these objectives, reducing the danger of a direct confrontation between the United States and Russia.

With Russian veto-power in the UN Security Council, it is doubtful that the United States and Europe could get UN approval for the operation. But the EU could give a European-wide imprimatur to the operation and the Arab League a Middle Eastern one. Such an operation would thwart the Russian mission and have international legitimacy. It would give Moscow reason to reconsider its campaign and agree to a superpower ceasefire in Syria that would permit the establishment of safe havens there, and perhaps open the door to US-Russia-EU cooperation on a diplomatic track to end Syria’s civil war.

It would have the added advantage of demonstrating to European skeptics the indispensability of the transatlantic alliance to their security. It might also help persuade the nations of Europe’s south—who are most immediately threatened by the refugee flow caused by Moscow’s military campaign—that appeasing the Kremlin in the East (Ukraine) is just bad politics.

Image: An internally displaced Syrian woman who fled from Aleppo hangs cloths on a clothes line near tents in the village of Batabo, northern Idlib countryside, Syria, February 14, 2016. REUTERS/Ammar Abdullah