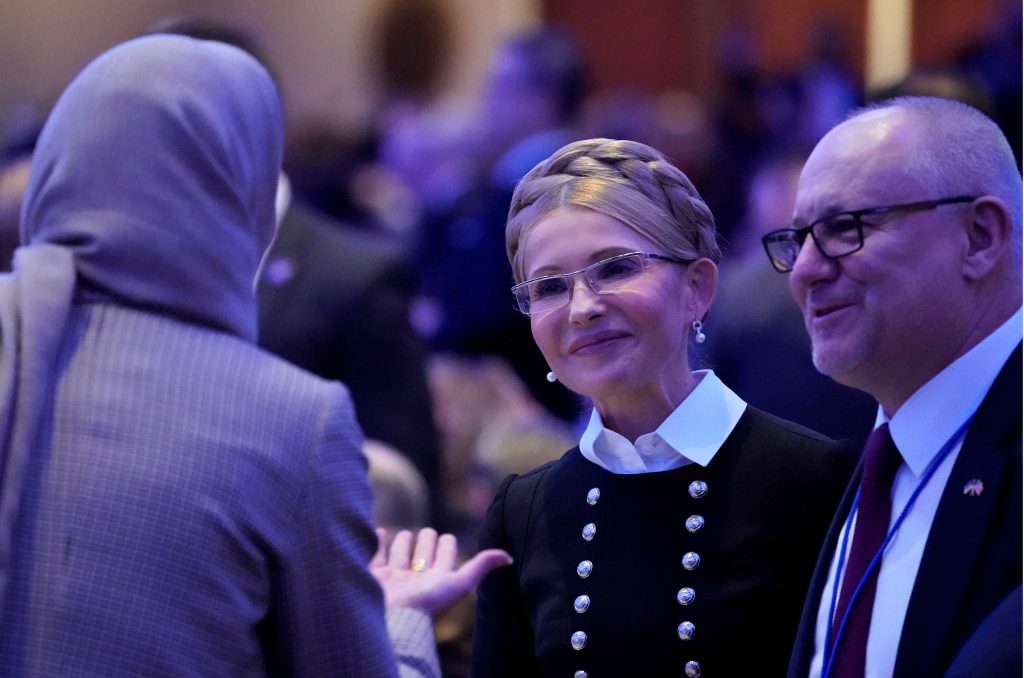 My recent article “What Would a Tymoshenko Presidency Mean?” caused indignation among numerous experts and journalists in Ukraine and indigestion among some in Washington. Obviously, there are a number of problems with Yulia Tymoshenko and her presidential bid, such as her leftish populist slogans and the financial sources behind her expensive campaign. Yet, the fact remains that the real choice in Ukraine’s 2019 presidential elections will likely be between incumbent President Petro Poroshenko and Tymoshenko, not a young reformer and a representative of the Kuchma-period elite.

Given these realities, I argued that the West should start establishing a constructive relationship with Tymoshenko as the most likely future leader.

As starting points for such a rapprochement, I listed some positive aspects of Tymoshenko’s possible rise in 2019. She would become Ukraine’s first female president, she built up a real political party over the last twenty years, and she has offered many new—if partly half-baked—ideas for rebuilding Ukraine during her recent election campaign.

“Shut up!” was one of the more polite responses I received. Dozens of commentators claimed that Tymoshenko paid me to write this text. But why would Tymoshenko’s campaign spend money on an article asking “where the enormous amounts of money that Tymoshenko is currently spending on her campaign come from”?

The libel concerning my alleged sell-out to Tymoshenko, and many less defamatory but also dismissive comments, misunderstood the point of the piece. They saw it (a) as a contribution to Ukrainian rather than Western debates, (b) as an expression of a political position rather than a policy prescription, or/and (c) as a propagation rather than introduction of Tymoshenko for the Western audience. Some unforgiving readers apparently either do not care or do not comprehend well the dynamics of Western discourse and policies regarding Ukraine.

Many experts and journalists in Ukraine believe that a Tymoshenko presidency would be a disaster for Ukraine. Their respective comments—when publicized in English or other European languages— fall on fertile ground. These days, many of Kyiv’s foreign partners are uncertain about Ukraine’s future. Even without doomsday scenarios for a Tymoshenko presidency, European and North American officials, businesspeople, journalists, and activists wonder about their continuing roles, impact, and status within Ukraine after the elections.

Among some public critics of Tymoshenko, there may be hope that the harsher they attack her in English, the more the West will either try to prevent her victory or attempt to neutralize the effects of Tymoshenko’s presumably calamitous presidency. Yet, this is not how the West’s international relations in general and specific interactions with Ukraine work. Their gloomy warnings may have the opposite effect: Western reactions to doomsday scenarios from Kyiv may cause temporary disengagement.

Western actors may start calculating how to minimize the effects on their own countries of some unfortunate turn of events if Tymoshenko comes to power. Currently mobilized Western political, economic, and non-governmental actors who take seriously these gloomy predictions may decide to put on hold their collaboration with, or to even withdraw from Ukraine.

Some actors are now, in any way, adopting a wait-and-see approach until after the elections in Ukraine. Whoever wants to further postpone Western investments, projects, and cooperation there should support the current alarmist campaign against Tymoshenko. This will trigger more Western risk-averse partners in Ukraine to freeze their activities. Continuing talk of imminent Kyiv chaos, Ukrainian decay, and reform reversal may result in more Western cautiousness and bewilderment. It can reorient foreign investment toward more predictable destinations, or international attention toward equally burning yet less confusing global challenges.

Even more damaging foreign after-effects can follow for Ukraine from the, among some Ukrainian critics, popular reference to the infamous 2009 gas contract signed between Naftogaz and Gazprom when Tymoshenko was Ukraine’s prime minister. Rather than explaining this problematic treaty as a result of enormous foreign pressures on Kyiv at the moment of the Russian-Ukrainian agreement’s signing, some opponents of Tymoshenko see her behavior in January 2009 as self-serving, or even as criminal, if not treacherous. If one takes this narrative seriously, Yanukovych’s imprisonment of Tymoshenko in 2011 was apparently a justified measure.

Moreover, the EU’s immediate demand to release Tymoshenko in 2011 and Brussels’s staunch insistence on her freeing until she was finally released in February 2014 was, within such a narrative, either mistaken or duplicitous. Worse, Yanukovych’s postponement of the signing of the EU’s Association Agreement was then apparently justified too. Ukraine’s fourth president was in no position to follow-up on Brussels’s condition that Tymoshenko be released for the mammoth treaty to be signed, at the 2013 Eastern Partnership Summit in Vilnius.

In late 2013, Yanukovych, it would in conclusion appear, was defending Ukraine’s rule of law while the EU was trying use its leverage to get the political felon Tymoshenko out of jail. Only Vladimir Putin was, it seems, seriously trying to help the embattled Ukrainian rule-of-law-defender Viktor Yanukovych. The Euromaidan uprising was apparently based on a spectacular misunderstanding: Yanukovych had been merely trying to preserve Ukrainian justice against the EU’s attempt to save Tymoshenko from responsibility for her deceitful actions. If that is indeed how the Ukrainian regime change of 2013-2014 came about, the EU may want to cancel its Association Agreement with Ukraine, reduce economic sanctions against Putin’s Russia, withdraw its financial help for Kyiv, and make Yanukovych a candidate for its next Sakharov Prize.

The West still doesn’t understand Ukrainian domestic and foreign affairs well. Ukrainian-language political bickering within Kyiv and English-language commentary about Ukraine’s upcoming elections are therefore two different arenas. Worse, there is a dearth of assessments of Tymoshenko as well as of analyses of her likely electoral victory next year. In the West, some may, as a result of the current mood among many political observers in Kyiv, see Tymoshenko’s possible triumph in the 2019 elections as the beginning of the end of Ukraine. A possible reduction of such uncertainty was the sole purpose of, and—alas—the only gratification for my article “What Would a Tymoshenko Presidency Mean?” for the Atlantic Council, and its extended version “As Good as It Gets” with VoxUkraine.

Andreas Umland is a senior fellow at the Institute for Euro-Atlantic Cooperation in Kyiv and general editor of the ibidem­-Verlag book series “Soviet and Post-Soviet Politics and Society” distributed by Columbia University Press. Editor’s note: A more elaborate version of this text will be published by the Foreign Policy Association in New York.