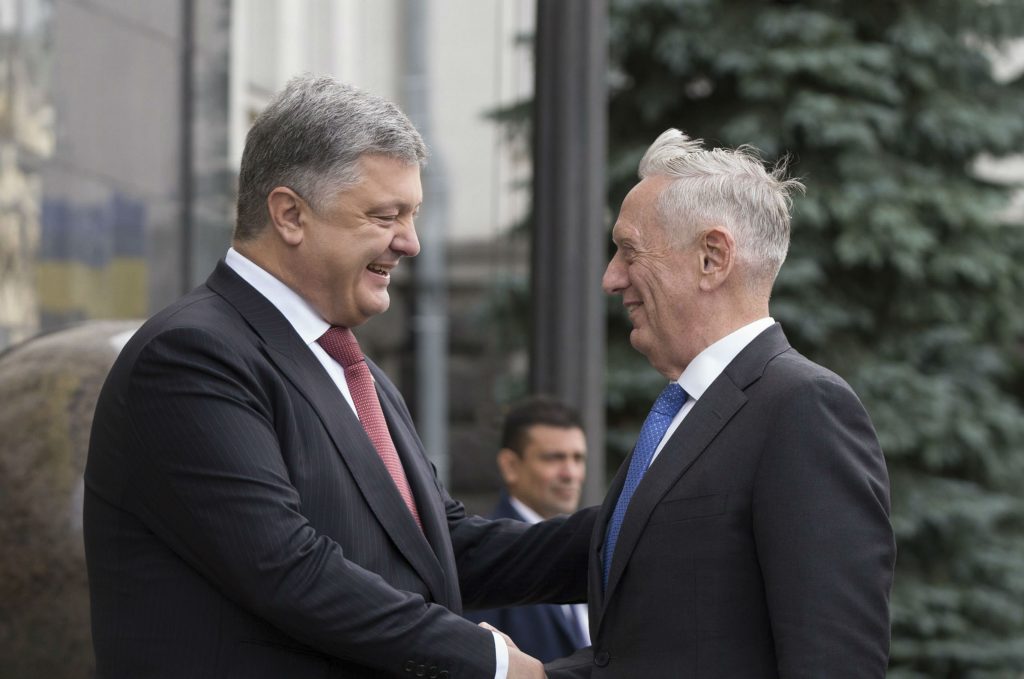 In late 2017, Ukraine failed to receive assistance that was expected from two of its largest donors, the IMF and the EU. The anticipated funding—over $2.5 billion—was strictly conditioned on specific reforms. Both donors referred to the country’s lack of compliance with its obligations in the anticorruption and economic areas. In response, the Ukrainian government is trying to sell its Western partners substitutes for actual reforms to secure the funds, but it may be denied support in another strategic area—defense—unless it takes the funding agreement seriously this time.

In November 2017, the US Congress approved $350 million of security assistance to Ukraine, including defensive lethal weapons. Although this was viewed as a major success for Ukraine, it is not yet a done deal. The 2018 National Defense Authorization Act (NDAA) restricts 50 percent of those funds until the US Secretary of Defense has certified that Ukraine has taken substantial steps toward institutional reforms in the defense sector.

This was the right approach because conditionalities are nearly the only leverage that still works in Ukraine. The stand taken in this year’s NDAA is in line with the calls of Ukrainian civil society to strictly condition any assistance, even that as sensitive as defense funding, on specific reforms.

Ukraine is now receiving considerably less foreign support for specific weapons, ammunition, or humanitarian aid than it did in 2014-2015. That’s understandable: international partners want to see systemic transformations in Ukraine’s defense sector, and expect it to become more transparent and better managed. And while the NDAA does not list specific benchmarks for the disbursement of aid, Ukrainian defense experts believe that reform progress can be best monitored according to the objectives outlined in the Strategic Defense Bulletin and the Concept of the Development of Ukraine’s Security and Defense Sector developed with NATO experts.

Among the many objectives listed in these documents, some of the most pressing are improvement of the governance of state defense companies, the elimination of unnecessary secrecy in the sector, and reducing corruption in defense procurements.

As former US Deputy Secretary of Defense Michael Carpenter and many others have pointed out, better governance should start with the reform of the state conglomerate Ukroboronprom, which consists of 134 enterprises engaged in various sectors of the defense industry. “The absence of a central executive authority in charge of state defense-industrial policy in Ukraine causes a severe lack of coordination,” says Viktor Plakhuta, a defense expert at Reanimation Package of Reforms (RPR) and executive director of Ukrainian Freedom Fund think tank. “Particularly, the powers of governance and control of Ukroboronprom are divided between the president of Ukraine and the Cabinet of Ministers, which violates the constitution and disrupts the management balance.”

Experts believe that Ukroboronprom should be subordinated to the Cabinet of Ministers, stay free of political influences, undergo independent audits, and have a nonpartisan advisory board that’s in charge of restructuring this oversized, non-transparent entity. On February 12, President Poroshenko dismissed Roman Romanov, director general of Ukroboronprom. The political environment around the conglomerate is in flux, so the consequences of his dismissal will only be assessed retrospectively. Meanwhile, there are no criteria for the presidential appointment of his replacement, which leaves the conglomerate in Poroshenko’s sphere of influence.

Excessive secrecy allows for defense production that serves the interests of non-transparent suppliers rather than meeting the actual needs of Ukraine’s army. “Ukroboronprom’s leaders, appointed by the president, were closely involved in the drafting of strategic programs on Ukraine’s armed forces development and made sure these documents include ammunition and weapons Ukroboronprom is able to produce. Private suppliers, which could offer more advanced alternatives but had no political ties, were thus excluded,” says Taras Yemhura, a defense analyst at RPR and at the Independent Defense Anti-Corruption Committee (NAKO) established by Transparency International.

Experts have developed two draft laws promoting transparency in defense procurements and fostering direct contracts between the Defense Ministry and foreign producers, without the costly mediation of Ukroboronprom. Both drafts have been stalled for months and haven’t been registered in parliament. A comprehensive national security bill developed with the participation of Ukrainian and Western experts has a similar history; for six months, it was stalled in the National Security and Defense Council under President Petro Poroshenko, but it will reportedly be filed in parliament by the end of this week. The bill delineates powers in the security and defense sector, reduces secrecy, brings the military’s chain of command in line with NATO standards, and strengthens civilian control over the defense sphere. It is crucial to get these bills adopted and promptly implemented.

If Ukraine demonstrates tangible progress in these three key areas, the country will take a significant step toward meeting the conditions of the US government and finally being able to take full advantage of the military assistance the Ukrainian army needs. In that case, there are also other international resources that Ukraine could use as well, like the Access Defense Articles Program of the Defense Security Cooperation Agency under the US Defense Department, which provides for a lower price or free-of-charge transfer of excess defense equipment to partner countries, including Ukraine.

But defense reform in Ukraine can hardly move forward in isolation from other fundamental reforms, such as anti-corruption. Enabling a strong framework of anti-corruption institutions to investigate and prosecute high-level corruption in the defense sector is an overarching precondition for its greater transparency.

Considering the war’s heavy toll, it would be expected that the country’s leadership would make defense a priority. Poroshenko keeps claiming that defense reform is at the top of the agenda, but actions speak louder than words. If any progress occurs in Ukraine’s defense sector, it will be due to international pressure alone. And strict, precise, unwavering conditions laid down by Western governments will be, as always, the key.

Olena Prokopenko is the head of international relations at Reanimation Package of Reforms in Kyiv, Ukraine. She tweets at @O_Prokopenko_IR.