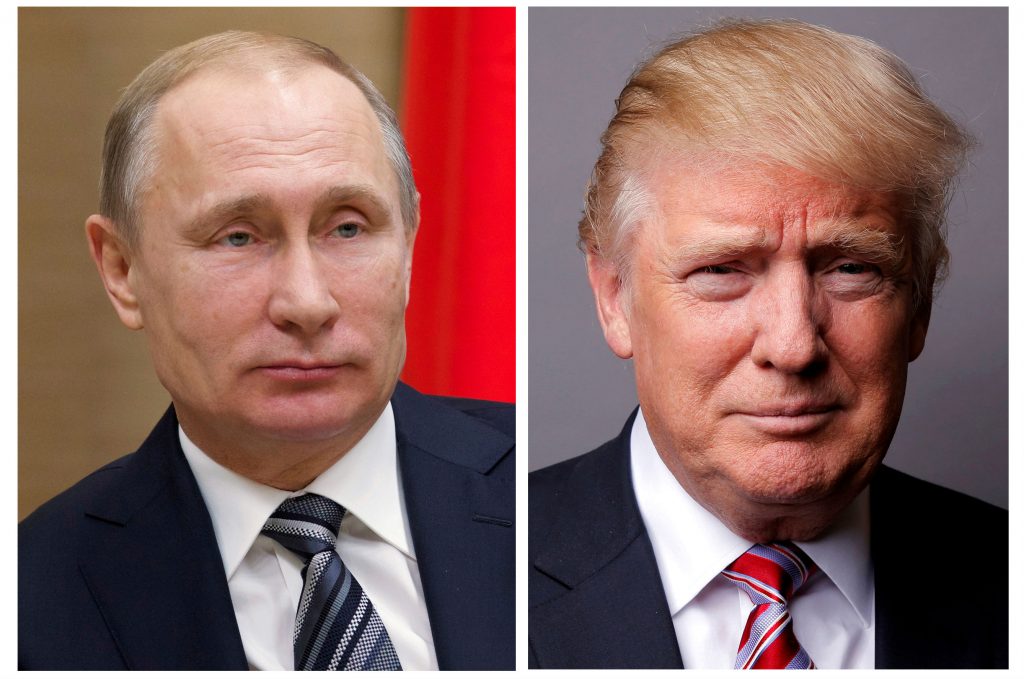 US President Donald Trump will have his first high-level meeting with a Russian representative this week, when Foreign Minister Sergei Lavrov comes to the White House following a scheduled meeting with Secretary of State Rex Tillerson. The stakes are high: about the only thing on which Moscow and Washington agree is that relations are at their lowest point since the height of the Cold War.

Lavrov will try to persuade Trump that the downturn in relations has nothing to do with Russia, that President Barack Obama’s “Russophobia” and NATO expansion are to blame, and that it’s time for another reset. He will suggest that the two countries put aside contentious issues like Ukraine, abandon economic sanctions, and join forces against the Islamic State.

That would be a huge mistake. Russia’s aggression against Ukraine—its illegal annexation of Crimea and undeclared war in eastern Ukraine—cannot be swept under the rug. Russia’s actions represent an assault on the international rules-based order that has been the basis for security and stability in Europe since World War II. Letting Russian aggression stand would mean going back to a Europe divided into spheres of influence, with the hegemony of big powers over small states. This would only invite further Russian aggression and increase the risk of conflict in the future.

To put our relations with Moscow on a more sustainable footing, the president should tackle head-on the fundamental reason why relations have deteriorated in the first place: Russia’s aggression against Ukraine.

The need is urgent. Despite signing the Minsk agreements more than two years ago, Moscow has failed to rein in its separatist proxies in the Donbas region of eastern Ukraine. Nearly constant shelling claims the lives of dozens of Ukrainian soldiers each week, and conditions for civilians on both sides of the contact line are abominable. The violence claimed its first American victim last month, when a separatist landmine exploded a vehicle of the civilian OSCE monitoring mission.

Diplomatic efforts led by Germany and France may have prevented the situation from getting worse, but they appear to be running out of gas. Chancellor Angela Merkel ran into a brick wall when she raised Ukraine with President Vladimir Putin in Sochi on May 2. It is increasingly clear that, by themselves, Germany and France lack the leverage to induce Russia to reverse course and withdraw its forces and proxies from the Donbas. Stronger, high-level US diplomatic engagement, working with Kyiv, Berlin, and Paris, could make the difference in ending the occupation and avoiding another intractable frozen conflict.

So as he prepares for his meeting with Lavrov and a possible first summit with Putin, Trump should make solving the conflict in Ukraine the litmus test and first priority of US engagement with Moscow. He should appoint a senior diplomat as a special envoy who is empowered to negotiate directly with Kremlin officials calling the shots in eastern Ukraine. Any bargain with Russia should be contingent on Moscow and its proxies fully implementing the Minsk agreements and restoring Ukraine’s sovereignty over the Donbas, including control of its international borders.

This isn’t an unreasonable demand. It is simply asking Putin to do what he promised to do but has never delivered, starting with a lasting ceasefire and withdrawal of foreign forces and heavy weapons. With real security on the ground, the United States and its Western partners could ensure that President Petro Poroshenko delivers on his side of the bargain, including special status for the Donbas, amnesty, and credible, internationally-supervised elections.

To get there, the parties should consider deployment of an international peacekeeping force and civilian administration for a one or two-year transition phase. An international enforcement mechanism, the missing link in the Minsk agreements, could ensure that both sides honor the ceasefire and pull back heavy weapons from the contact line, and that Russia removes its forces and equipment from Ukrainian soil. The international authorities could take control of the international border, ensuring the end of illegal arms supplies to the separatists while creating the conditions needed for elections and the return of displaced persons, free of outside intimidation. At the end of the transition period, Kyiv would assume control of the border as the international presence draws down, and would finally exercise full Ukrainian sovereignty once again.

Crimea would still be a long-term problem, since we cannot—and should not—ratify Russia’s illegal actions there. But the restoration of Ukraine’s sovereignty over the Donbas would allow us to turn the page, including easing or lifting most of the sanctions. It would bring much better living conditions for the Russian people, and for the people of the Donbas, who have suffered the most. NATO and Russia could begin to restore practical cooperation, and get back to building a cooperative security order in Europe and beyond.

If Putin spurns the president’s initiative, however, the United States and its allies will have no choice but to increase the pressure on Russia even further by tightening sanctions and stepping up economic and military assistance to Ukraine, including lethal defensive weapons to enable the Ukrainians to protect their forces and deter new Russian offensives.

Alexander Vershbow is a Distinguished Fellow at the Atlantic Council in Washington. He previously served as Deputy Secretary General of NATO, Assistant Secretary of Defense, and US Ambassador to NATO, Russia, and South Korea. He tweets @ARVershbow.