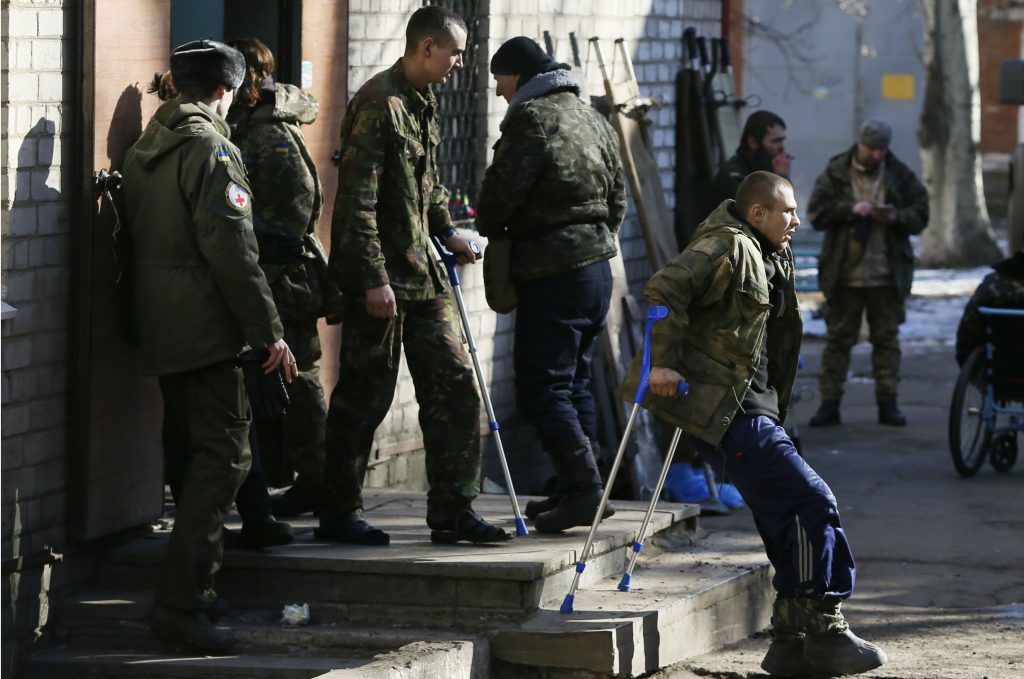 Treating the “invisible wounds of war,” or psychological trauma, has become an important issue for international organizations in conflict zones. Ukraine is no exception. But the country is still learning how to best address this pressing mental health problem among combat veterans, internally displaced persons, and other vulnerable populations.

Ukraine’s mental health professionals had little experience with crisis psychology when violence broke out during the Maidan protests and war began in the east. There were also concerns that its mental health care system was still burdened by legacies from the Soviet era, when accusations of mental illness were used to smear political opponents. It was feared that these memories would prevent people from asking for help, which could have dramatic public health consequences, including an increase in suicides, domestic violence, and alcoholism. For these reasons, programs training Ukrainian psychiatrists and psychologists on how to treat war trauma have proliferated.

Although the exact number of programs is unknown, a lingering question is how effective they have been. Many observers have pointed to gaps in the quality of various trainings and the lack of coordination between efforts. Elena Cherepanov, a trauma specialist who has worked with Ukrainian psychologists, says that the field in Ukraine sometimes feels like “the wild west.” Kaz de Jong, a psychologist with Doctors Without Borders, similarly observes that “although people on paper have beautiful programs, the reality is more sobering. There is a lot of window dressing.”

The superficiality of many of these programs is at odds with their good intentions. Oleysa Vasylenko of Legal Hundred, an NGO that provides legal aid to returning soldiers, describes a situation in which “international NGOs and psychologists would come in and give training to one hundred people or so, and say, ‘You went through the training and you’re now qualified.’ Five hours and now you’re qualified?”

While the quantity of trainings with little quality control may be targeted at quickly expanding mental health care in a crisis situation, in reality, psychologists in Ukraine still cannot meet the high demand for their services. Getting people to come forward is not nearly as challenging as is the limited availability of mental health care, particularly in rural areas and in the Anti-Terrorist Operation (ATO) zone, where civilian professionals are reluctant to go. Oksana Khmelnytska, a psychologist and program manager with the NGO Psychological Crisis Service, laments that there is little focus on “the rest of Ukraine,” or those areas outside of large cities in the western parts of the country. This is hugely problematic for those soldiers returning home to these parts of the country.

Given these challenges, how can the international community improve its approach to psychological war trauma in Ukraine? In the face of protracted violence and displacement, the focus must be on institutionalizing trauma-informed mental health services and making them sustainable over the long term.

While it is important to train Ukrainian mental health professionals on how to treat trauma, international actors should think more broadly about the problem of access, and strive to provide a bigger safety net. They should form partnerships with important community institutions, such as churches, that can provide support. International organizations should also encourage the development of social work as a profession in Ukraine, and facilitate the integration of mental health services into primary care, targeting especially those physicians working in the ATO and in mobile health units.

The international community must also recognize that psychological trauma will be exacerbated by ongoing physical deprivations. Darejan Javakhishvili, a Georgian psychologist who has worked in Ukraine, says that in areas of the country where infrastructure has been destroyed and violence is a fact of life, “mental health needs are seen as a luxury.” As a result, it is critical to invest more money in addressing Ukraine’s humanitarian crisis. Meeting the physical needs of people on the ground will build trust and provide a better environment for them to work through psychological trauma, complementing efforts to build their resilience in the face of protracted conflict.

Finally, the international community must encourage Ukrainian authorities not only to support effective NGOs working on psychological trauma, but also to invest in their own military psychologists and unit commanders. The current heavy reliance on volunteer efforts must be matched by attempts to build an official infrastructure. This would mean committing time and resources to train those working with soldiers on the front lines on how to mitigate trauma in advance, recognize its signs, and respond. This strategy would complement trauma work once soldiers are demobilized and could lessen the burden on volunteer psychologists.

These efforts from the top of Ukraine’s political-military hierarchy would also send important signals down the chain, helping to counter the mindset, typical among soldiers, that asking for help is a sign of weakness.

As the war in the east continues with no clear resolution in sight, neither the international community nor Ukrainian authorities can afford to be short-sighted about dealing with the drastic psychological effects on the country’s population. Instead, as more professionals are trained to provide trauma-informed mental health care, these skills must be integrated into a longer-term vision for how to care for people once an emergency situation begins to transition into the hard work of reconstruction—and once international donors have moved onto other pressing crises in the world.

As de Jong puts it, if these issues are not dealt with, “people survive. But the quality of survival is different.” We should strive for better for Ukraine.

Danielle Johnson, a UkraineAlert contributor, is a Research Scientist at CNA Corporation.