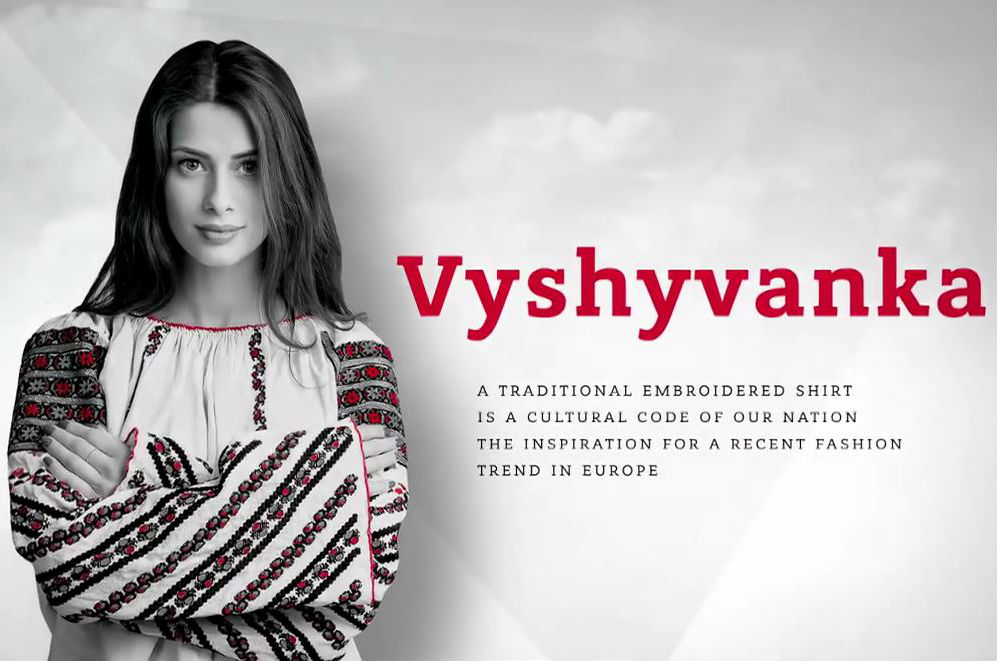 Public diplomacy has been singled out as a far-reaching mechanism for promoting Ukraine’s interests in the world. Diplomats have taken first steps in utilizing instruments from the country’s existing foreign policy tools. These include increasing person-to-person engagement, promoting economic interactions, intensifying exchange programs, and upgrading cultural centers abroad.

Like other governments, Ukraine’s Ministry of Foreign Affairs (MFA) has presented diplomats’ work in English, Ukrainian, and Russian on a variety of social media platforms (Facebook, Twitter, VKontakte). Online communication with citizens turns out to be an effective way to win over the minds of those who show little interest in politics.

But there is much more going on than just social media efforts. Through the arts, the world has been able to look at Ukraine from another perspective. Among some of the powerful projects are the exhibition “Through Maidan and Beyond,” the films “Haytarma,” about the 1944 deportation of the Crimean Tatars, and “Gamer,” which was shot by the illegally detained Ukrainian producer Oleg Sentsov.

The MFA’s cooperation with StratCom Ukraine on the #myukraineis project resulted in an international online campaign that popularized Ukraine in a very smart way. The MFA also launched three successful campaigns on Twitter, including #CrimeaIsUkraine, #LetMyPeopleGo, and #UnitedforUkraine, that went viral.

What is difficult, however, is mixing different approaches and tools to meet the challenges Ukraine is currently facing: war, human rights violations in the occupied territories, and a struggling economy, among others. Foreign policy actors’ main goal is to transmit the right signals both internally and externally, while still telling the truth.

What does Ukraine mean to Europe today? Citizens of different nations should understand Ukraine’s steps (sometimes stumbling, but still moving forward) toward the European Union, and its successes in reforming the state in compliance with EU standards. Since the Euromaidan, the international community has become genuinely interested in learning more about Ukraine’s past and present, and this is a big opportunity for us to tell Ukraine’s story in new and interesting ways.

Diplomats should respond by providing more information about Ukraine through open discussions, book presentations, music concerts, fashion shows, sports promotion, and food markets. They should present the Ukrainian lifestyle abroad to ordinary people who are not interested in the official position of the state but in the country as it is.

Numerous Ukrainian diaspora and local civil society groups have been mobilized in capitals all over the world and serve as the people’s cultural diplomats. Their contribution has been priceless. In particular, the work of Ukraine’s diaspora has been united under the umbrella of the new civic network Global Ukraine. It does a great job of consolidating Ukrainian expat leaders to promote their country’s interests, and has huge potential; diplomatic missions should coordinate closely with Global Ukraine and engage it more efficiently.

Cultural diplomacy, through artists, can also transmit the right image of Ukraine and win the hearts and minds of ordinary people when politicians are unable to do so. An example of successful cultural diplomacy was the victory of the singer Jamala at the 2016 Eurovision contest. With her professionalism, personal story, and patriotism, she succeeded where diplomats have struggled: she united Europe in its support of Ukraine and Crimean Tatars, and reminded global audiences that Crimea is Ukraine.

Next year, Ukraine will host Eurovision 2017. The country should not lose this positive drive. It must aim for an event that unites people and proves once again that Ukraine is changing and wants to fully join Europe.

In April 2016, the MFA and the Kennan Institute’s Kyiv office held a cultural diplomacy forum, where speakers concluded that the efforts of civil society and “people’s diplomacy” remain major driving forces in the country’s public diplomacy efforts. Unfortunately, government structures responsible for developing Ukraine’s cultural brand are still not properly financed or coordinated. Indeed, the Ministry of Foreign Affairs’ cultural diplomacy team remains understaffed. The team recently brought on a native English speaker through the Fulbright program, and when Foreign Minister Pavlo Klimkin met with British Foreign Minister Boris Johnson in September, the British Foreign Office promised to send an “in-house” adviser on public diplomacy to the MFA. Even still, more staff are needed.

For the future, the government needs to draft a mid- and long-term national action plan for smart diplomacy that outlines benchmarks and explains the responsibilities of every governmental unit; it should also include stronger NGO involvement.

We are simultaneously witnessing and taking part in the creation of a new type of diplomacy in Ukraine. If it succeeds, it will give impetus to reforming the whole system.

Victoria Khaladzhy is Ukrainian diplomat and a member of Public Council of the Committee for Foreign Affairs at the Verkhovna Rada of Ukraine.

Image: A woman appears in a vyshyvanka, a traditional embroidered shirt, as part of Ukraine’s #myukraineis project. Courtesy screenshot: StratComUA