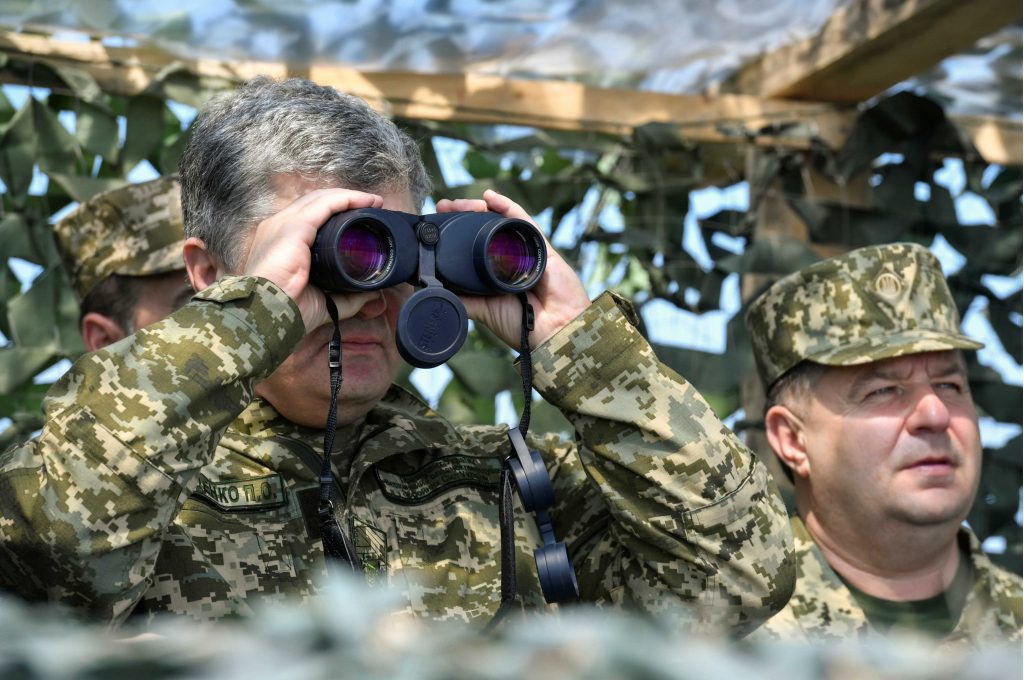 Fighting in eastern Ukraine last week was the worst it’s been this year. The uptick in violence coincides with Ukraine’s transition of the command of the war from its security forces to its armed forces, which is part of the implementation of Ukraine’s new law on reintegration.

While much of the new law has not been fully articulated, it represents the beginnings of a unified political and military strategy. On the military side, Lt. General Serhiy Nayev, head of the new Joint Forces Operations, said that the combined forces will decisively rebuff any expanded operations by Russia and will respond quickly and effectively to Russian shelling against civilians and along the line of contact. The military goal is to liberate the occupied territories.

The law also suggests the outline of a peace strategy, and includes a plan for the protection of civilians and the creation of conditions for the return of Ukraine’s 1.7 million internally displaced persons. What this means is that the Ukraine military is now a player in the peace process. It must not only defend against Russian aggression, it must also fight the war in a way that establishes the conditions for a stable peace.

Focusing on zero civilian casualties is the right approach, believes Alexander Hug, principal deputy chief monitor of the OSCE’s Special Monitoring Mission in Ukraine With his numerous trips to the government- and non-government-controlled areas in the Donbas, Hug has been struck by the fact that the majority of citizens there consider themselves Ukrainians. Despite four years of violence, indiscriminate shelling, and 10,000 civilian deaths, their loyalty is to Ukraine.

Unlike in many frozen conflicts, where citizens’ hardened attitudes to violence and their shift in allegiance have solidified the war’s borders, Donbas citizens remain open to reintegration, at least for now. Hug worries that continued civilian casualties could irrevocably change that. In that case, when the war ceases, Ukrainian citizens in the east may not be interested in reintegration. Kyiv’s ability to reabsorb the Donbas, a huge swathe of territory the size of New York State, without open resistance or a massive outflow of refugees, could be subverted by how Ukraine prosecutes the ongoing war.

It is possible to fight the war and protect civilians, says Liza Baran, Ukraine country director for the Center for Civilians in Conflict (CIVIC). “Civilian protection and achieving military objectives are not mutually exclusive,” she insists.

Lt. General Nayev and his staff are currently working with CIVIC to establish a Civilian Casualty Mitigation Team (CCMT)—an analytical component of the new Joint Forces Operations that will collect information on harm inflicted on the civilian population as a result of the armed conflict. The CCMT will analyze the data to provide reports to military commanders to better improve their ability to prevent civilian casualties. It will also participate in the planning process so that military plans remain robust but also protective of civilians.

The push for civilian protection is coming from Ukraine’s desire to align with NATO best practices, Baran says. Joint Forces Operation headquarters wants to stand up the CCMT in six months and the Office of the Vice Prime Minister for EU and Euro-Atlantic Integration, Ivanna Klympush-Tsintsadze, is discussing a national policy to protect civilians to be implemented by presidential order or by Cabinet decree.

Both are vital, because Ukraine is fighting a hybrid war where Russia uses civilian casualties to undermine the legitimacy of the government of Ukraine, including manipulating casualty data.

Getting to zero civilian casualties is not just a humanitarian imperative to end the indiscriminate violence against Donbas civilians—it is a political and military imperative to win the peace. It will be a tough policy to uphold in the upcoming election cycle. The government and military may be open to criticism by the opposition for deliberately restraining military operations in order to prevent civilian casualties. Nonetheless, international support for zero civilian casualties must be clearly and consistently articulated now and throughout the election cycle so that Ukraine seizes the moral high ground. This position seriously undermines Russia’s information campaign and puts the spotlight squarely on Russia and its proxy’s lack of restraint.

Lauren Van Metre is a nonresident senior fellow at the Atlantic Council. She has supported peace processes in the Balkans and Eastern Europe while at the State Department, Department of Defense, and the US Institute of Peace. She tweets @resilienceworks.