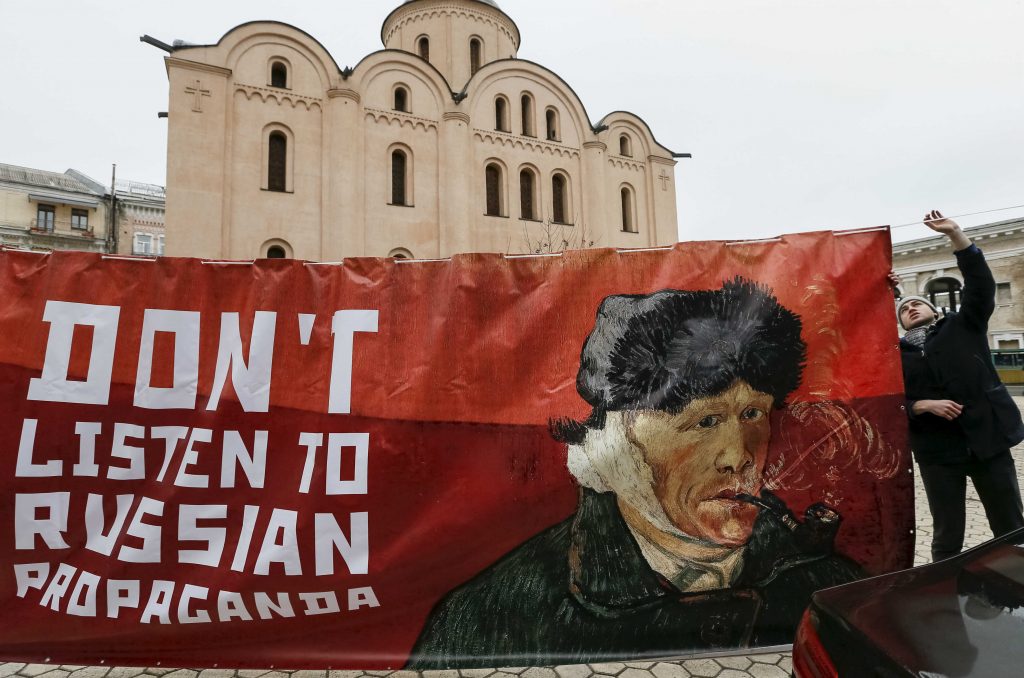 What media outlets do you trust? From the Brexit referendum and the US presidential race to Russia’s information war on Ukraine, it is becoming increasingly clear that we now live in a fact-free world where emotions reign supreme and truth is in the eye of the beholder.

This trend first became apparent around the time of the 2003 Iraq war. The mainstream media was directly complicit in some of the misinformation issued during the lead-up to the US-led invasion, shattering public trust in many of the most respected providers of information. Meanwhile, the conspiracy theory subculture promoted by the internet has played an equally devastating role in undermining the sanctity of facts. Today, counter culture websites have moved in from the fringes to compete with legacy brands, while many of the leading current affairs programs on TV are, literally, comedy shows.

Social media has also helped shape this fact-free environment by creating tailored news flows that generally reinforce existing prejudices and stereotypes while cutting people off from alternative points of view.

Evidence of this emerging fact-free reality is visible across the globe. The recent Brexit referendum campaign marked a new nadir in the process. The key arguments put forward by the ‘Leave’ camp—such as the claim of GBP 350 million savings per week and the promise that Brexit would lead to drastically reduced levels of immigration—were almost all naked lies, but nobody seemed overly concerned by this. Indeed, leading Brexit campaigner Michael Gove could have been speaking for the entire fact-free world when he stated, “People in this country have had enough of experts.” In other words, facts have lost their credibility.

Similar public indifference toward traditional notions of truthfulness are evident in the American presidential race, where Donald Trump is regularly called out for lies and contradictions without this having any discernable impact on his ratings.

Ukraine has particularly suffered from this new phenomenon. The April 2016 Dutch referendum on Ukraine’s EU Association Agreement featured a cavalier disregard for facts in favor of emotional appeals. For example, the Association Agreement was widely portrayed as a stealth roadmap toward Ukrainian EU membership, and no amount of rational debunking could convince voters otherwise. They were emotionally opposed to EU enlargement, and so happily voted against the EU-Ukraine deal, despite the fact that the document itself did not even hint at future EU membership.

Russia’s information war against Ukraine has masterfully exploited the international media’s chronic credibility deficit and the global loss of faith in facts. As many analysts have pointed out, the Kremlin’s infowar tactics do not necessarily aim to convince audiences of Moscow’s viewpoint; the key objective is to exploit the prevailing mood of cynicism by sowing doubt and confusion. This strategy has proved remarkably successful—so much so that many major international media outlets continue to reference the Crimean “referendum” even though Putin himself has already admitted to deploying the Russian military in Crimea weeks before the vote took place. This is a fact, but it is of little interest for those who prefer to see Russia’s actions through the emotionally appealing prism of a vast American-led geopolitical conspiracy.

Winning an information war in a fact-free world is no easy task. Most of Ukraine’s efforts to date have focused on exposing Russian lies and unmasking Kremlin fakes. These efforts have only had modest impact on the international debate. The battle lines have moved little since the start of Putin’s hybrid war in the spring of 2014, despite mountains of evidence demonstrating systematic Russian dishonesty. The facts are on Ukraine’s side, but apparently these facts are not as emotionally appealing as the Kremlin’s version of reality.

For Ukraine, the answer may be to focus more attention on emotional engagement rather than relying on mere facts. That is, if you can’t beat them, join them. This does not mean resorting to deliberate disinformation or countering propaganda with propaganda. It means interacting with international audiences in strategic ways that will produce the desired responses. Modern Ukraine’s story is fundamentally engaging: it is the tale of a country struggling to make a historic transition from authoritarianism to democracy, a survivor nation that miraculously rose from the ashes of both Hitler and Stalin’s worst crimes against humanity. Today’s Ukraine is also a place where European values have real and urgent meaning, at a time when the EU is facing an identity crisis of its own. These are not mere plot devices in a geopolitical game—they are ways of making Ukraine’s cause seem relevant to the many millions of jaded cynics who are unmoved by facts alone.

The information revolution was not supposed to be like this. There was a time, not so long ago, when many believed the rise of the internet would set us free, providing instant access to objective information. This unhindered flow of accurate info would liberate the public from its dangerous dependence on official pronouncements. Propaganda and disinformation would become things of the past. Dictators would fall. But it turns out that in a fact-free world, being on the right side of history is no longer sufficient.

Image: An activist holds a banner with a portrait of Dutch artist Vincent van Gogh as he demonstrates outside the Dutch embassy in Kyiv, Ukraine, February 5, 2016. The activists demanded that Dutch people ignore what they say are Russian propaganda, ahead of an upcoming Dutch Ukraine-European Union Association Agreement. REUTERS/Gleb Garanich