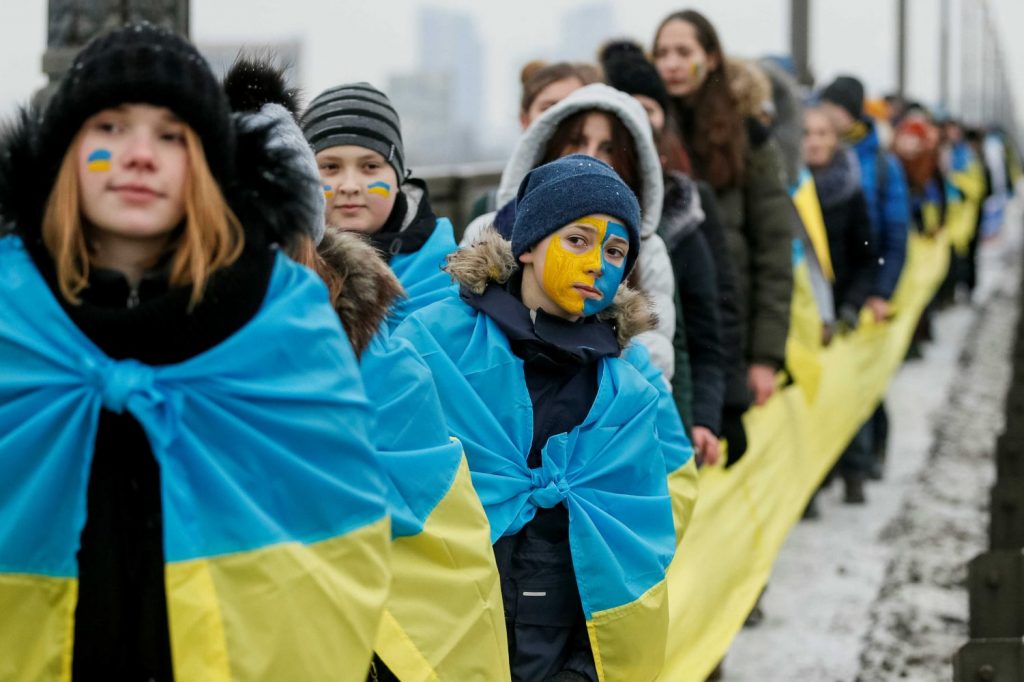 On March 31, Ukraine will hold the first round of its presidential election. This is a tremendous opportunity to restart Ukraine’s reforms. The election debate needs to focus on the most important issue, namely the enforcement of property rights.

Five years after the Revolution of Dignity and Russia’s invasion, Ukraine’s situation remains precarious. The rule of law has not been established. Scandalously, a Kyiv court just reinstated the former chairman of the State Fiscal Service in spite of major accusations of defrauding the state of $70 million, illustrating the persistent dysfunction of the judicial system. Similarly, the reform of the prosecution has failed, and the security services remain untouched.

The successful reforms have largely been economic. Inflation and the exchange rate have stabilized. Energy subsidies have been cut, bringing the budget close to balance. The payroll tax has been halved, which has reduced the shadow economy. The ProZorro electronic system has cleaned up much of public procurement. Corporate governance has improved in several big state companies and decentralization reform has endowed municipalities with new initiative.

Yet economic growth lingers at 3 percent when it should be at least 7 percent for a relatively poor country with open access to wealthy Europe.

Macroeconomic stability does not deliver economic growth if businessmen fear extortion or outright theft from corporate raiders. Cautiously, wealthy Ukrainians transfer their savings abroad and keep them out of reach of the authorities. Foreigners see that leading Ukrainians dare not invest and stay away. Thus, Ukraine has an investment ratio of barely 20 percent of GDP, when it should rise to 30 percent of GDP for a sound growth rate.

Therefore, the key demand in the presidential race should be the establishment of truly independent and impartial courts to endow Ukraine with reliable property rights. After the failure of judicial reform which was completed in 2017, Ukraine needs to include the foreign assessment of judges so that corrupt judges are dismissed. The same should be the case with prosecutors.

The economic crime part of the State Security Service (SBU) should be abolished. Instead, a new financial police agency should be established under the Ministry of Finance, as in the United States. That US Financial Crimes Enforcement Network, or FinCEN, has 350 officers, while the SBU has 8,000 officers supposed to deal with economic crimes, though they have not prosecuted any economic crime in living memory. If the presidential campaign does not lead to a new round of judicial reform, it has failed.

Ukrainians often complain about the “oligarchs.” This is convenient, because nobody in particular is criticized, just the system. But no successful legal reform is possible without clean leaders. The ultimate demand is that a new president is honest.

Ukraine suffers from monopolization of specific markets, usually through the prohibition of competitors by illicit means. Westerners tend to call for anti-trust and competition policies, but in Ukraine a more adequate answer is the establishment of the rule of law, simply allowing competitors. This should be popular since it leads to lower prices. Ukraine has already adopted laws to introduce real market prices for natural gas and electricity starting on July 1. Today the discussion should focus on how to make sure this really happens, not how to distort these prices.

Another traditional way of elite enrichment and political funding is to tap the 3,500 state companies through transfer pricing or corrupt procurement. The only plausible way out is rapid privatization of the vast majority of these companies in open auctions. Rather than starting with the big companies that are always difficult to sell, the State Property Fund should begin with small firms.

But many things must not be done. First of all, politicians must not call for default or restructuring of the country’s foreign debt. Ukraine must honor its foreign debt in full not to be cut off from global financial markets. The country has no fiscal space to increase public expenditures or cut taxes without further cuts in public expenditures. Some politicians are strangely infatuated with an “exit capital tax” that would cut public revenues by about 1.5 percent of GDP, while these same people do not want to cut any expenditures. Why should wealthy enterprises benefit from a tax cut rather than poor Ukrainians?

The ultimate question is whether the March presidential election will be sufficiently free to allow for a democratic choice, or will money and media control decide the outcome?

Image: People carry national flags on a bridge while forming a human chain across the Dnipro River during celebrations for Unity Day in Kyiv, Ukraine January 22, 2018. REUTERS/Gleb Garanich