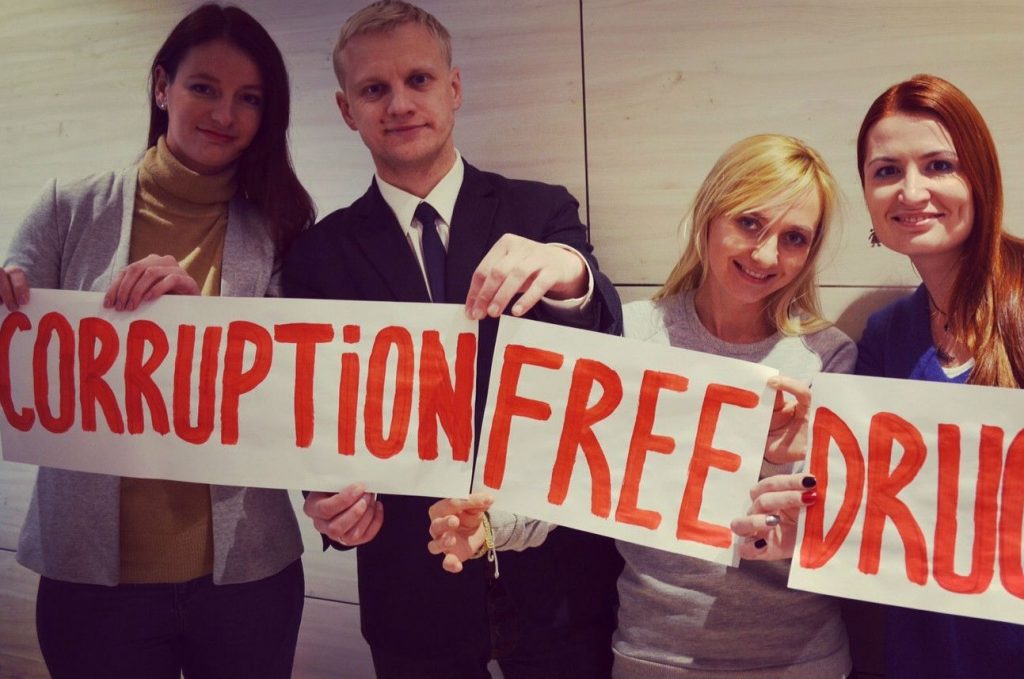 A little over a month after US Vice President Joe Biden told Ukrainian legislators that graft was eating Ukraine “like a cancer,” an order from Ukraine’s cabinet of ministers struck a decisive blow against pharmaceutical corruption. This order outsources the purchasing of numerous medicines for seriously ill Ukrainians from the Ministry of Health to respected international organizations including UNICEF, the United Nations Development Program (UNDP), and Crown Agents.

The saga of drug procurement nicely illustrates both the resistance reformers face, as well as the creative methods they have used to overcome entrenched interests. According to Olga Stefanyshyna, executive director of the NGO Patients of Ukraine, the Ministry of Health was previously in charge of a $250 million budget for purchasing medicine—$100 million of which was allegedly stolen by corrupt officials.

As a 2013 report from the Anti-Corruption Action Center (AnTAC) demonstrates, corrupt actors have employed a variety of creative strategies to enrich themselves. In one scheme, a small number of companies and government officials arranged staged tenders with the winner determined in advance. In another, several companies controlled by one owner “compete” in the tenders. Using this technique, the Bahriy Group won over $12 million in state contracts to supply HIV and tuberculosis drugs at inflated prices to the Ministry of Health in 2013.

Oleksandra Ustinova, an AnTAC board member, said reformers faced enormous challenges combatting Ukraine’s “pharmaceutical mafia” and corrupt Ministry of Health officials. “Even when we closed one corrupt hole within the Ministry, corrupt officials would come up with another one. Given the amounts of money at stake, AnTAC and our allies realized we needed to find a way to bypass the Ministry entirely.”

A few years ago, Ustinova and her colleagues discovered the Dutch IDA Foundation which oversees drug procurement for other countries, “so even before the Maidan, we dreamt of bringing a third party into the market and IDA provided an ideal model. After the Revolution, this became the number one priority.”

After a month of lobbying, AnTAC and Patients of Ukraine succeeded in forcing a bill through parliament stripping drug procurement responsibilities from the Ministry of Health on March 19, 2015. It wasn’t easy. According to Ustinova, the Ministry and its allies registered seven alternative bills in parliament hoping to confuse lawmakers and stymie reforms, requiring Ustinova and parliamentary allies to work overtime to ensure the right law was passed.

As is frequently the case in Ukraine, however, the law’s passage was just the first step in the reform effort. “Despite the passage of the law, the Ministry of Health ignored it. They were supposed to develop and approve the procedural regulations and begin communications with international organizations to implement the law. Instead, they sat on their hands and did nothing,” Stefanyshyna said in a January 18 interview.

Luckily, AnTAC and Patients of Ukraine had allies in parliament who shared their determination to break the back of drug procurement corruption. “Yegor Soboliev, head of the Anti-Corruption Parliamentary Committee, personally initiated meetings with international organizations in his committee in July, forcing the Ministry of Health to outsource drug procurement,” Stefanyshyna said. At this point, Deputy Minister of Health Ihor Perehinets became the chief sponsor and advocate for the law within the Ministry, meaning the reformers had a high-level ally.

Drug procurement reform is already bearing fruit. Crown Agents and UNDP announced the first tenders on December 7, 2015. Critically, these drugs will be purchased directly through international manufacturers. In total, medicine for eighteen national drug programs ranging from tuberculosis, cancer, and HIV to a National Action Plan to implement the UN Convention on the Rights of the Child will now be sourced directly by international organizations rather than the Ministry of Health. It may sound simple, but this reform may save thousands of lives. Thousands of Ukrainians die each month, and Stefanyshyna estimates that at least 40 percent of them could be saved if drug procurement corruption were eliminated.

Drug procurement reform represents a significant victory for Ukrainian health sector reformers—but they are not stopping there. AnTAC and Patients of Ukraine have already launched a deregulation program to abolish complex duplicate drug licensing in Ukraine. Not surprisingly, graft drives this regulatory red tape, with each extra permit and license requiring a bribe. As a result, thousands of drugs commonly available in the West (including ones to treat renal failure and certain types of cancer) are not available in Ukraine.

Pharmaceutical deregulation will surely be another struggle against entrenched interests, but given their hard-fought drug procurement victory, Ukrainian reformers should not be underestimated.

Image: On January 14, Patients of Ukraine Project Manager Inna Boiko, AnTAC board member Vitaliy Shabunin, AnTAC board member Oleksandra Ustinova, and Patients of Ukraine Executive Director Olga Stefanyshyna celebrated the success of their campaign to eliminate corruption in drug procurement. In 2016, all centralized medicine procurements in Ukraine will be carried out through international organizations. Credit: AnTAC