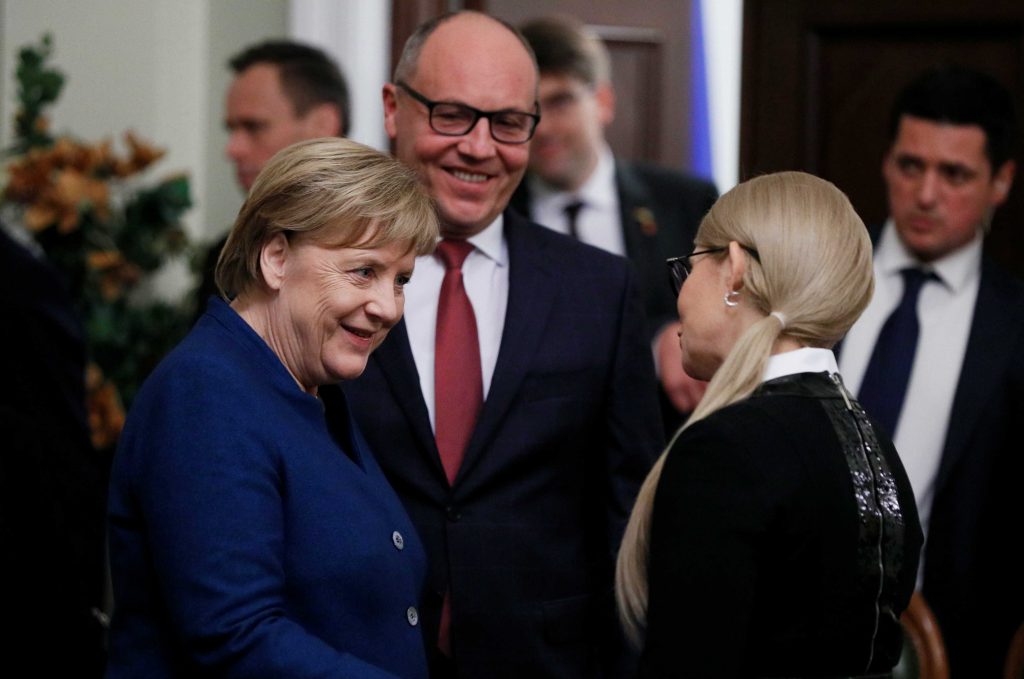 Ukraine’s presidential election season is in full-swing. After the holiday recess, the campaign is getting even more dynamic with about forty candidates who have already declared. While the ratings fluctuate almost daily, the top five remain steady, so it’s time to dig in and start evaluating their various views. Below we’ve analyzed their foreign policy platforms.

Yulia Tymoshenko: Tymoshenko remains the leading candidate with 19.3 percent of support among decided voters, while her Fatherland (“Batkivchyna”) political party could gain 16.4 percent.

In October, Tymoshenko outlined her peace strategy and suggested returning to the Budapest Agreement, which was signed by Ukraine, the United States, Great Britain, and Russia in 1994 and guaranteed Ukraine’s sovereignty in exchange for giving up its Soviet nuclear arsenal. According to Tymoshenko, the West didn’t live up to its word after Russia annexed Crimea and put troops in the Donbas. As the Minsk 2 agreement “is not enough to achieve peace in the Donbas,” Tymoshenko wants to broaden the treaty to include Germany, France, and China, in what she calls the “Budapest+” Format, which would force Russia’s military to withdraw from eastern Ukraine and eventually Crimea by increasing sanctions against Russia until it pulls out completely from Ukraine.

Tymoshenko didn’t spell out how she would entice the other countries to join. She also rejected “special status” for the occupied territories of the Donbas, along with amnesty for some categories of pro-Russian separatists which was written into the Minsk 2 agreement in February 2015.

The former prime minister also called for the creation of a “war cabinet” to develop a “realistic” military doctrine, as she considers the current one which calls for Ukraine’s army to transition to NATO standards as “utopian.”

Another important point of her strategy is “Russia’s legal responsibility for its aggression in Ukraine” through financial compensation. For this reason, Tymoshenko called for Ukraine to bring more lawsuits against the Kremlin to international institutions.

Zelenskiy’s foreign policy is still to be determined, like many of his policies. Last week he asked his supporters to name five key challenges which he, if elected, should resolve first. His request has already gained over one million views on his Facebook page.

There are hints of his views. During a long interview at the end of December, he told TV journalist Dmitry Gordon that “for the sake of people’s lives, I’m ready negotiate even with the devil” and “at the end of the day, we will need somehow to achieve an agreement with the Russians as there is no military solution over the Donbas.”

Yuriy Boyko, the For Life party candidate, polls third at 11.6 percent. In November, he was expelled from the Opposition Bloc, but his ratings continue to grow. Boyko doesn’t hide his intentions to “normalize Ukraine’s relationship with Russia through achieving a ‘comprehensive’ peaceful strategy in the Donbas” where he was born. For these reasons, Boyko wants Ukraine to implement all “political” provisions of the Minsk 2 agreement, including further reintegration of the uncontrolled territories of the Donbas. His other statements are predictable for a pro-Russian candidate: he rejects the IMF demand to raise gas prices for households, wants to shrink the defense budget to increase social welfare payments, and advocates for the government to stay out of the independence of the church and economic relations with Russia.

The fourth candidate is incumbent president Petro Poroshenko, who can expect 11.3 percent, although he hasn’t officially declared. His big themes are consistent in his speeches: he stresses the necessity of sticking with the Minsk 2 agreement, blames the Kremlin, and calls for more Western sanctions. Moreover, in December Poroshenko announced a “record budget” for the army which will exceed 5 percent of GDP this year.

Poroshenko will likely maintain a strategic course toward NATO and the EU; he also wants to maintain cooperation with the key international financial institutions, such as World Bank and the IMF.

Ukraine’s retired army colonel Anatoliy Hrytsenko takes fifth with 11.1 percent. On January 11, members of his Civic Position party nominated him as their presidential candidate and his political platform later appeared on Hrytsenko’s Facebook page. In it, Hrytsenko pledges to fight corruption, dismantle Ukraine’s oligarchy, sign legislation that would enable the Rada to impeach the president, return Crimea, shrink the number of Ukraine’s army generals, and bring the army up to NATO standard.

In terms of the Donbas, Hrytsenko stressed the necessity of Ukraine regaining control over the Ukrainian-Russian border. The Kremlin uses the porous border to send its troops, equipment, and other supplies to the Donetsk and Luhansk People’s Republics. After Ukraine gains control of the border, the Ukrainian government should disarm all separatists. To achieve these goals, international peacekeepers must be sent to control the border. He envisions a transition period of at least three to five years to make life peaceful again in the Donbas. Hrytsenko’s plan most closely resembles those of international experts.

In conclusion, most candidates employ populist rhetoric to increase their ratings, and most are cautious when it comes to controversial questions regarding war, peace, and foreign policy. That being said, Ukrainian voters care very much about ending the war, and this is a key theme to watch as the campaign evolves.