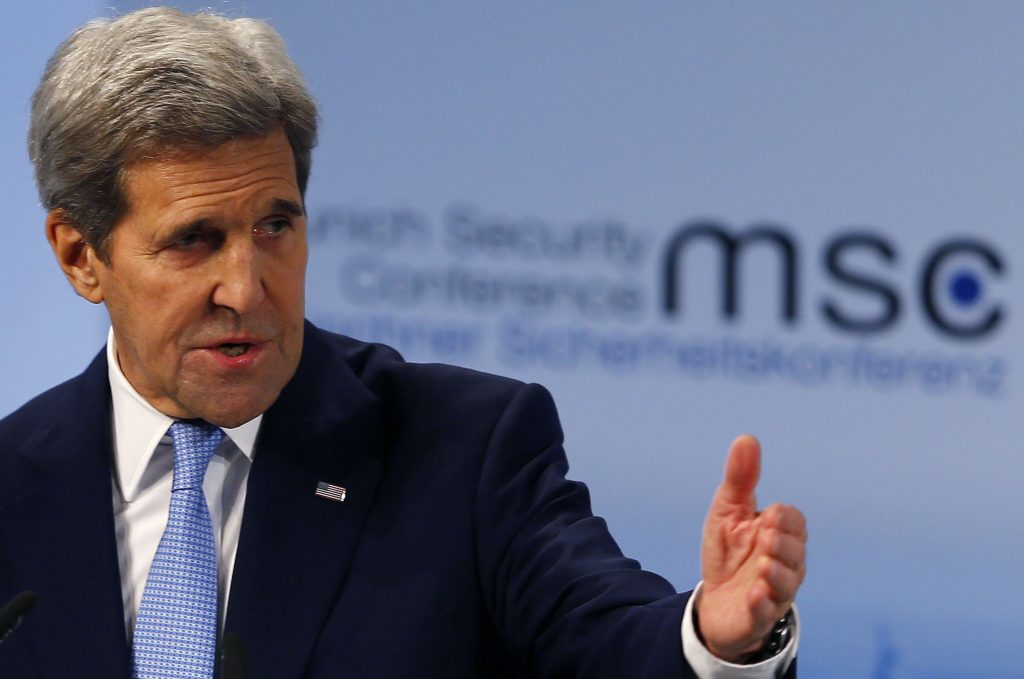 One particularly visible trend at the recent Munich Security Conference was America’s disengagement from European security issues. Foreign leaders often spoke without referring to the United States, and there was little sign of US involvement beyond its military participation in NATO. Washington’s priorities clearly revolved around Syria, not Europe.

This trend confirms theories about the decline of America’s leadership of the transatlantic alliance and supports the assessment of many European diplomats and observers that this administration does not care much about Europe. The practice of “leading from behind”—that is, the absence of leadership—greatly adds to Europe’s current malaise as it confronts its biggest crises in years and yet appears rudderless.

Accompanying America’s retrenchment is the deliberate and visible outsourcing of much of Washington’s European policy to Germany. Despite Chancellor Angela Merkel’s strong position on Ukraine and sanctions against Russia, this is a strategically dangerous policy. It places burdens on Germany that it ultimately cannot tolerate and puts dangerous temptations before it. Washington’s retreat gives Germany opportunities not just to lead but also to act toward Russia in ways that weaken or even subvert EU policies and programs.

It is well known, for example, that there is strong support within the German business community for keeping commercial and thus political wires open to St. Petersburg at all costs, in the mistaken belief that this will engender change in Russia. More blatantly commercial motives play an enormous role in German foreign policy. These are not merely the lure of the Russian market—which, in any case, is disappearing due to sanctions and crashing oil prices. They also have a more sinister side; one of the most visible results of German business ties to Russia is an upsurge of corruption scandals involving major German businesses like Deutsche Bank.

The greatest example of this corruption of German policy benefiting Russia at the EU’s expense is the effort to build a second Nord Stream gas pipeline from Russia to Germany. Nord Stream 2 violates most of the European Commission’s policies aiming to reduce dependence on Russian gas. It is not just commercially unprofitable for Europe, but also strategically unsound: Russia uses the money it makes to extend the Kremlin’s political influence and subvert European economic and political institutions. Energy revenues give Russia leverage over European businesses that translates into political influence.

Nord Stream 2 also deprives Ukraine of $2 billion to $3 billion in vital transit fees—and for a pipeline that is not commercially justified, as European storage capabilities are only 25-30 percent full. Finally, it enables Germany to bypass the EU and reestablish Balkan and Eastern European countries’ dependence upon Russian gas coming through Germany rather than through Poland and Ukraine.

Nord Stream 2 not only contradicts EU policies and the strategic interests of Germany and its allies; it also deliberately intends to bypass and undermine the EU. Vice Chancellor Sigmar Gabriel of the Germany’s Social Democratic Party openly told Putin that this should be a bilateral deal whose chief virtue is that it bypasses Brussels, i.e. the European Commission. Since one of Putin’s chief goals is to shred the EU’s unity and establish a lasting Russo-German partnership, Gabriel’s remarks were music to his ears. Even as Merkel advocates increased defense spending to meet Russian military threats and has resolutely supported sanctions, she also supports Nord Stream 2 as a pure business deal with no political overtones.

But the deal makes no commercial sense given current gas prices and the availability of cheaper gas from elsewhere, as well as Europe’s underused storage capacity. Rather, for many in Germany, this is actually the foundation of a vast Russo-German business relationship in Eastern Europe and Eurasia that inevitably entails fragmenting EU and European unity.

Meanwhile, Italy protested until it became clear that it was most angered about its exclusion from the deal. And Putin seems more than happy to offer Italy a part of the action here, knowing full well that this will enhance Russia’s leverage over Italy and across Europe, undermine European cohesion, and decrease the viability of the sanctions regime.

The absence of the US’ coherent engagement in Europe, and its outsourcing of leadership to Berlin, raises the specter of either the famous German seesaw politics (Schaukelspolitik) in which the political mood alternates between East and West, or of a version of Europe that is centered on Paris, Berlin, and Moscow, at the expense of all the states between Germany and Russia.

Those outcomes essentially end any hope for a Europe that is whole, free, and at peace, since Russia possesses much more leverage than its would-be partners. Additionally, it deems the integration of Europe, especially as a grouping of democratic states, as its greatest geopolitical threat. This continental concert all but ensures that Europe will neither be whole, nor free, nor at peace, since empire—not peace or democracy—is the precondition of Russian governance under Putin. And empire, as we continue to see, often means war.