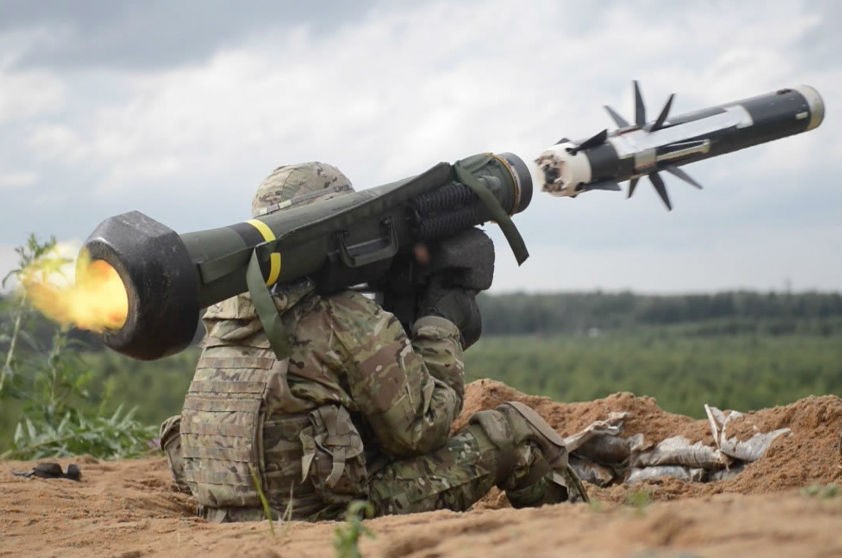 On December 22, 2017, the Trump administration approved supplying Javelin anti-tank missiles to Ukraine, capping a nearly three-year debate in Washington over whether the United States should provide lethal defensive weapons to counter further Russian aggression in Europe. A few days prior the US Department of State announced that senior officials had authorized a sizeable export of US-made snipers, ammunition, and accessories. The shift in US policy under the Trump administration has been misunderstood. The US government is directly supplying lethal defense hardware to the Ukrainian military for the first time, although US-made lethal weapons have been in Ukraine since 2015.

For all the coverage devoted to this issue, particularly the provision of Javelins, there remains a dearth of factual information and wealth of misinformation on how NATO member states have inserted and will insert lethal weapons into Ukraine. Getting the facts straight is critical. What follows is a primer, an incomplete but substantive collection of case studies backed by digital forensics, outlining who provided which arms to Ukraine.

In a rare show of bipartisanship in 2014, the US Congress passed the Ukraine Freedom Support Act, which appropriated $350 million in security assistance, including anti-tank and anti-armor weapons, to the government of Ukraine to defend its territorial integrity. Despite strong congressional backing, President Barack Obama decided not to authorize the US government sale or financing of lethal weapons to Ukraine. However, this policy did not prevent the private export of US-made lethal weapons to Ukraine.

During the Obama administration, direct commercial sales of small shipments of lethal arms to Ukraine were reviewed, approved, and licensed on a case-by-case basis by the Department of State in consultation with the Department of Defense. The US government authorized nearly $27 million of commercial defense articles and services to Ukraine in 2016 and about $68 million in 2015, portions of which are classified as lethal weaponry.

It is through this process that US-made lethal weapons arrived near Ukraine’s frontlines. According to a recent Digital Forensic Research Lab investigation, the Texas-based company AirTronic shipped 100 PSRL-1 (Precision Shoulder-Fired Rocket Launcher) systems to the Ukrainian state-run Spetstechnoexport in April 2017. Some of these rocket-propelled grenade launchers appeared during a training session of the Azov Battalion, a regiment of fighters that has been integrated into the National Guard, based near Mariupol in the summer of 2017. These weapons were reportedly used only in training exercises and likely returned to arms depots.

These direct commercial sales coupled with the US provision of advanced non-lethal weaponry, particularly counter-battery radar systems, were already in motion during the Obama administration. By comparison, Canada only recently approved a government decree permitting Canadian defense contractors on a case-by-case basis to export lethal arms to Ukraine. However, the recent raft of US and Canadian announcements created a false impression that these were the first-ever shipments of lethal weapons from the United States to Ukraine.

The frontline states on NATO’s eastern flank have most actively called attention to the threat of Russian aggression and boosted their defense budgets accordingly. However, hesitancy in Western capitals, particularly Berlin, and an Obama-era insistence on unified transatlantic policy toward Ukraine led to Lithuania being the only direct supplier of lethal weapons before the recent US announcement. Other Eastern European countries, not keen to upset their most critical security and defense partner, implemented a similar US-style combination of non-lethal assistance, such as defense industry support from Poland, and commercial arms sales, particularly by Bulgarian traders. Pavlo Barbul, director of the Ukrainian-state Spetstechnoexport, said at least five unspecified Eastern European countries had permitted the commercial sale of Soviet-era ammunition to Ukraine.

Lithuania was the only government directly providing lethal weapons to Ukraine since 2014. In 2016, Lithuania supplied 60 KPV-14.5 Vladimirov heavy machine guns for use on Ukrainian armored personnel vehicles and 86 Degtyaryov 12.7 mm portable machine guns in addition to about 150 tons of ammunition. In November, a Lithuanian plan was revealed to provide further military equipment, including 7,000 Kalashnikov rifles, 80 machine guns, mortars, and anti-tank weapons.

Lithuanian, Polish, and American military instructors have trained Ukrainian forces on these types of Soviet-era weaponry, including the Degtyaryov-Shpagin also known as the DShk machine gun, at the Yavoriv combat training center in western Ukraine. Ukrainian troops have likely deployed the same kinds of lethal arms provided by Lithuania to the frontlines. Earlier this year, the Digital Forensic Research Lab found that a Ukrainian solider reported the use of a DShk machine gun in a battle near the village of Travneve in the Donetsk region.

Though Bulgaria is not a direct government supplier of lethal aid to Ukraine, Bulgarian-made arms have also appeared in eastern Ukraine through private exports. The Digital Forensic Research Lab has documented sightings of Soviet-era rocket-propelled grenades (RPG) on both sides of the contact line that were produced by the Bulgarian arms manufacturers VMZ and Arsenal. For instance, in October 2015, Ukrainian Interior Minister Arsen Avakov posted a photograph on Facebook showing the receipt of VMZ RPG-22 systems. Bulgarian-made grenades were also discovered in a separatist weapons cache near Berdyanske in the Donetsk region in December 2016. Ukrainian forces reportedly used Arsenal-designated RPGs in combat as recent as November 2017.

The long-awaited shift in US policy toward providing state-to-state lethal defense aid is an important signal to both allies and adversaries that enhanced support is necessary and justified for Ukraine. The move will likely compel European allies, particularly in the East, to reassess any restrictions on lethal arms to Ukraine. More liberal or streamlined export licensing, such as evidenced by Canada and the Czech Republic, appears to be a common first step toward potentially more robust security commitments to Ukraine.

As one of the most advanced pieces of weaponry to be introduced into Ukraine, the shipment and usage of US-supplied Javelins will be an important space to watch. However, the United States has reportedly restricted the new military equipment to training centers far from the frontlines due to theft and end-use concerns. At least for now, the Javelins serve as a tool of diplomatic leverage in negotiations with Russia on a possible peacekeeping mission. It will thus be equally important to track how these Western arms influence the battle in eastern Ukraine.