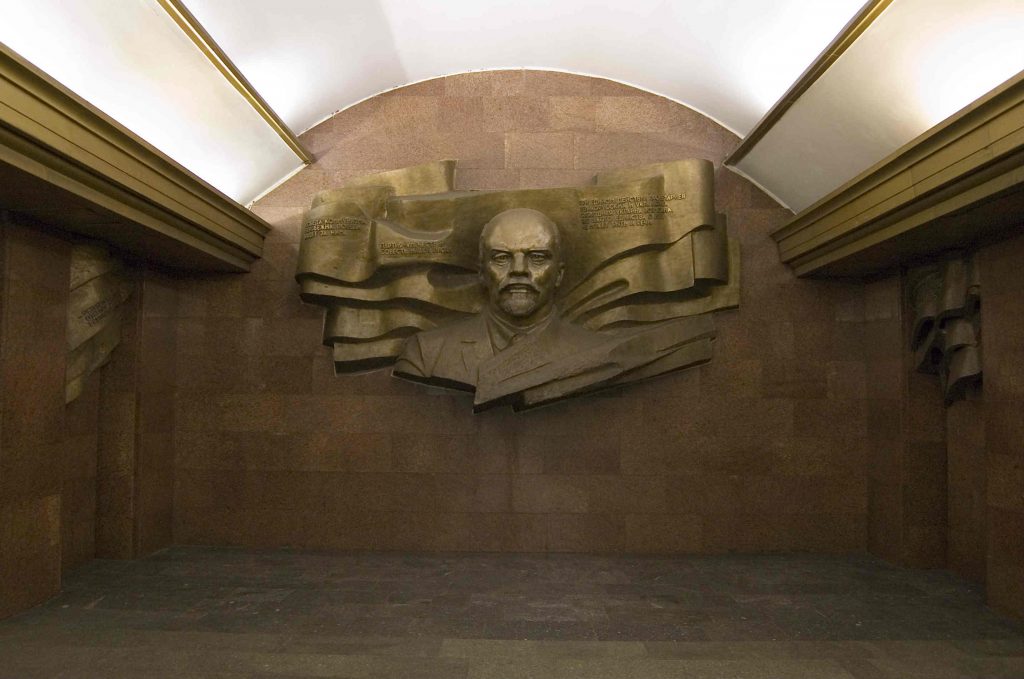 It’s unfortunate that in a time of critical issues that legislation that disenfranchises certain, if often extreme, points of view looks like it’s going to become law.

Ukrainian President Petro Poroshenko is expected to sign four laws on “decommunization,” recently passed by Ukraine’s parliament, which enact an official version of the nation’s 20th century history. The laws ban Nazi and Communist symbols and the “public denial of the criminal nature of the Communist totalitarian regime 1917–1991,” open former KGB archives, replace the Soviet term “Great Patriotic War” with Second World War, and provide public recognition to anyone who fought for Ukrainian independence in the 20th century.

One of the four bills, On the Legal Status and Honoring of Fighters for Ukraine’s Independence in the 20th Century, would allow veterans of the Organization of Ukrainian Nationalists (OUN) and the Ukrainian Insurgent Army (UPA), supporters of Stepan Bandera, to receive state benefits, and states that denial or disrespect of their role in fighting for Ukrainian independence is an unlawful “desecration of their memory.”

Another bill, On the Condemnation of the Communist and the National-Socialist (Nazi) Totalitarian Regimes in Ukraine and Ban on the Propaganda of Their Symbols, would make it a criminal offense to deny, “including in the media, the criminal character of the Communist totalitarian regime of 1917-1991 in Ukraine.”

Proponents of these laws see them as a necessary step to overcome the country’s Communist legacy and to form a new national identity.

Opponents counter that Ukrainian history is messy and these laws will divide the country.

The full text of the abovementioned letter follows:

To the President of Ukraine, Petro O. Poroshenko, and to the Chairman of Ukraine’s Verkhovna Rada, Volodymyr B. Hroysman:

We, the undersigned, appeal to you not to sign into law the draft laws (no. 2538-1 and 2558) adopted by the Verkhovna Rada on April 9, 2015. As scholars and experts long committed to Ukraine’s regeneration and freedom, we regard these laws with the deepest foreboding. Their content and spirit contradicts one of the most fundamental political rights: the right to freedom of speech. Their adoption would raise serious questions about Ukraine’s commitment to the principles of the Council of Europe and the OSCE, along with a number of treaties and solemn declarations adopted since Ukraine regained its independence in 1991. Their impact on Ukraine’s image and reputation in Europe and North America would be profound. Not least of all, the laws would provide comfort and support to those who seek to enfeeble and divide Ukraine.

We also are troubled by the fact that the laws passed without serious debate, without dissenting votes and with large numbers of deputies declining to take part.
In particular we are concerned about the following:

1. Concerning the inclusion of groups such as the Organization of Ukrainian Nationalists (OUN) and Ukrainian Insurgent Army (UPA) as “fighters for Ukrainian independence”: Article 6 of this law makes it a criminal offense to deny the legitimacy of “the struggle for the independence of Ukraine in the 20th century” and public denial of the same is to be regarded as an insult to the memory of the fighters. Thus questioning this claim, and implicitly questioning anything such groups did, is being made a criminal offense.

2. Law 2558, the ban on propaganda of “Communist and National Socialist Regimes” makes it a criminal offense to deny, “including in the media, the criminal character of the communist totalitarian regime of 1917-1991 in Ukraine.”

The potential consequences of both these laws are disturbing. Not only would it be a crime to question the legitimacy of an organization (UPA) that slaughtered tens of thousands of Poles in one of the most heinous acts of ethnic cleansing in the history of Ukraine, but also it would exempt from criticism the OUN, one of the most extreme political groups in Western Ukraine between the wars, and one which collaborated with Nazi Germany at the outset of the Soviet invasion in 1941. It also took part in anti-Jewish pogroms in Ukraine and, in the case of the Melnyk faction, remained allied with the occupation regime throughout the war.

However noble the intent, the wholesale condemnation of the entire Soviet period as one of occupation of Ukraine will have unjust and incongruous consequences. Anyone calling attention to the development of Ukrainian culture and language in the 1920s could find himself or herself condemned. The same applies to those who regard the Gorbachev period as a progressive period of change to the benefit of Ukrainian civil society, informal groups, and political parties, including the Movement for Perestroika (Rukh).

Over the past 15 years, Vladimir Putin’s Russia has invested enormous resources in the politicization of history. It would be ruinous if Ukraine went down the same road, however partially or tentatively. Any legal or ‘administrative’ distortion of history is an assault on the most basic purpose of scholarly inquiry: pursuit of truth. Any official attack on historical memory is unjust. Difficult and contentious issues must remain matters of debate. The 1.5 million Ukrainians who died fighting the Nazis in the Red Army are entitled to respect, as are those who fought the Red Army and NKVD. Those who regard victory over Nazi Germany as a pivotal historical event should neither feel intimidated nor excluded from the nation.

Since 1991, Ukraine has been a tolerant and inclusive state, a state (in the words of the Constitution) for ‘citizens of Ukraine of all nationalities’. If signed, the laws of April 9 will be a gift to those who wish to turn Ukraine against itself. They will alienate many Ukrainians who now find themselves under de facto occupation. They will divide and dishearten Ukraine’s friends. In short, they will damage Ukraine’s national security, and for this reason above all, we urge you to reject them.