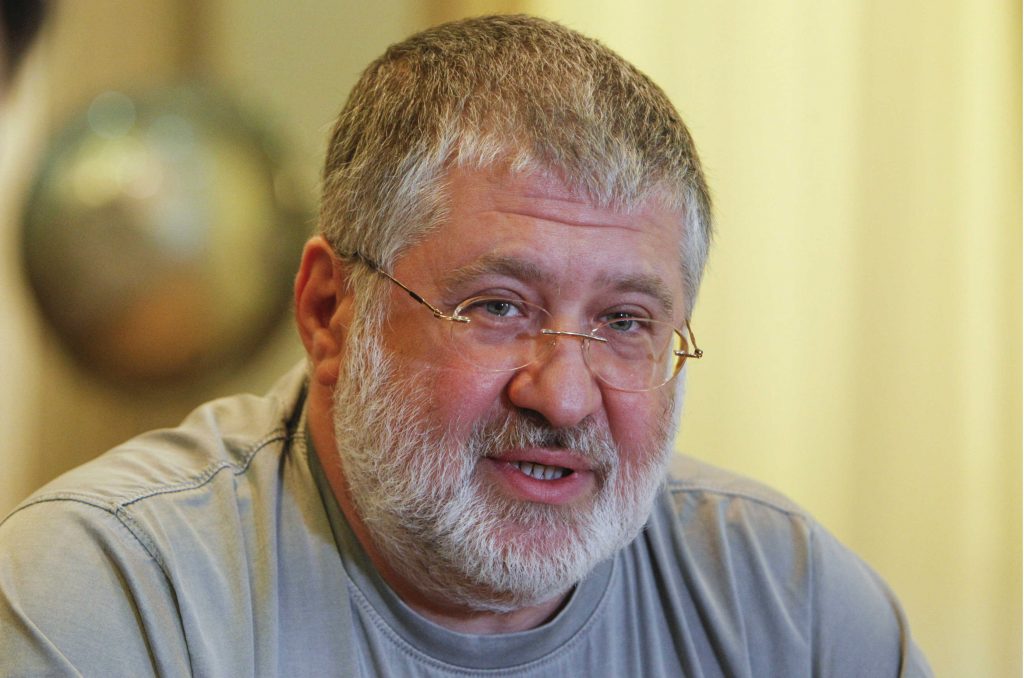 On November 1, the Russian government imposed severe economic sanctions on 322 Ukrainian individuals and 68 Ukrainian companies. These are the most extensive sanctions imposed by any country in the tit-for-tat confrontation between Russia and Western countries over Ukraine.

Curiously, these sanctions are explicitly only economic, declaring that any assets on the territory of the Russian Federation belonging to these individuals and enterprises will be frozen, though one would presume that none of these people will be allowed to enter Russia and no trade with the sanctioned companies will be possible.

The sanctions focus mainly on two groups, politicians and businessmen. The list of sanctioned individuals reads like a who’s who list of Ukraine’s elite. The biggest group is politicians. Pro-European party leaders have been sanctioned: Yulia Tymoshenko, Oleh Lyashko, Oksana Syroyid, and Arseniy Yatsenyuk as well as Speaker Andriy Parubiy. Scores of parliamentarians have been included, such as leading liberals Mustafa Nayyem, Serhiy Leshchenko, and Svitlana Zalishchuk. Prominent members from the Poroshenko Bloc are Ihor Hryniov, Oleksandr Granovskiy, Irina Gerashchenko, and Nina Yuzhanina. The most striking omission is Poroshenko’s closest man, his deputy faction leader Ihor Kononenko. Only the Opposition Bloc goes almost unscathed.

More surprising is how many prominent businessmen have been sanctioned. The list reads like the Forbes list of the richest Ukrainians. It is topped by Victor Pinchuk. From Privat Group, Hennadiy Bogoliubov is included but oddly not his partner Ihor Kolomoiskiy. Ferrexpo’s owner Konstantin Zhevago and Burisma’s owner Mykola Zlochevskiy, and the foremost agricultural businessmen Yuriy Kosyuk (MHP), Oleksiy Vadaturskiy (Nibulon), and Andriy Verevskiy (Kernel) as well as leading retailers Oleksandr and Galina Gerega (Epitsentr) and Volodymyr Kostelman (Fozzy) are included. Some wealthy and completely apolitical businessmen are as well, such as Vitaly Antonov (Galnaftogaz), Oleksandr Yaroslavskiy, and Mykola Yankovskiy. The most surprising inclusions are Pavel Fuks, a Russian businessman who lives in Moscow, Dmytro Firtash’s partner Ivan Fursin, and Konstantin Grigorishchin, who was a Russian citizen until recently. Naftogaz’s CEO Andriy Kobolev is also there. Does that mean that Gazprom does not want to talk to Naftogaz anymore?

The list of sanctioned companies largely coincides with its owners. It contains numerous mines and metallurgical companies, many food and agricultural companies, three big fertilizer companies, and Ukraine’s biggest retailers. Not included are Rinat Akhmetov and Vadym Novynskiy and the many companies that belong to them. Nor is Roshen or any other company that belongs to Poroshenko. Only three minor state companies and a few financial firms have been selected.

These sanctions will have significant economic impact, though after trade between Russia and Ukraine plummeted by 80 percent from 2012 to 2016 because of tough prior sanctions, Russia’s share of Ukraine’s total foreign trade has fallen to some 12 percent. Another third of Ukraine’s remaining export to Russia will likely disappear, primarily food and agricultural goods, but also some metallurgical products. Since bilateral trade has shrunk so much, Ukraine is becoming increasingly immune to Russian sanctions.

The political implications are likely to become much more severe. Although the Russian government presents these sanctions as countermeasures to US and Ukrainian sanctions, they are very far-reaching and only justified with “unfriendly actions.” These latest sanctions will make it difficult for any Ukrainians to advocate for a friendlier policy to Russia. Given that only five months remain until the Ukrainian presidential election, they will make it impossible for pro-Russian candidates in Ukraine to make themselves felt in the race. Another question is whether the United States and Europe will respond with more sanctions on Russia because of this draconian action.

Image: Ihor Kolomoiskiy, billionaire and former governor of the Dnipropetrovsk region speaks during an interview in Dnipro May 24, 2014. The Russian government did not include Kolomoiskiy on its November 1 list. REUTERS/Valentyn Ogirenko