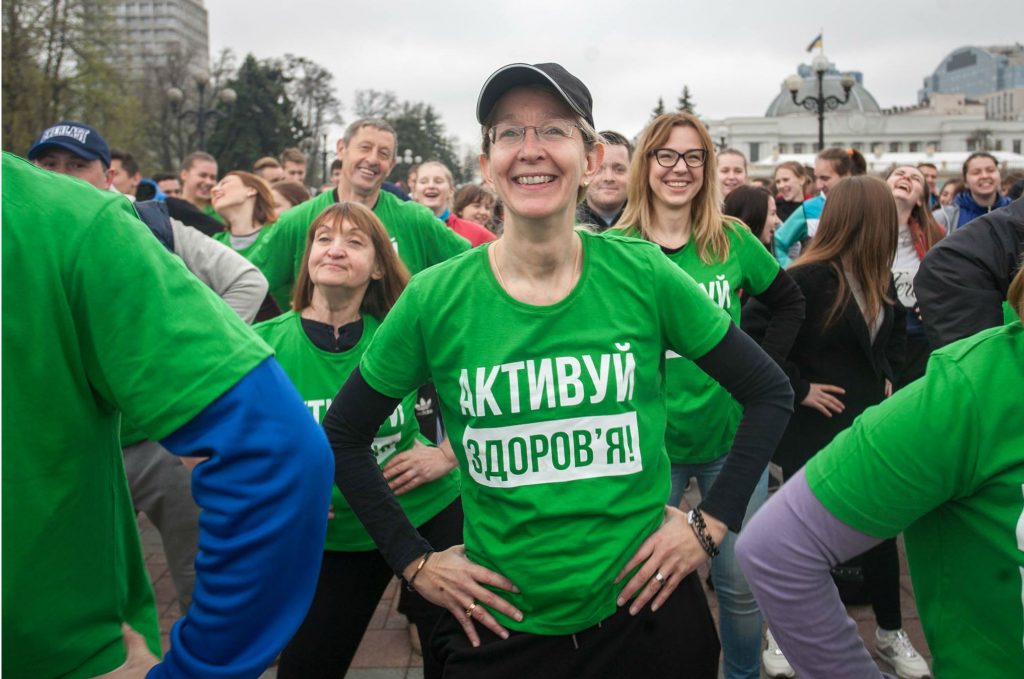 But he claimed he was having a heart attack, called an ambulance, and was diagnosed as too ill to be taken to court.

Such tricks might have worked before, but this time the Anti-Corruption Bureau called the Ministry of Health—run by Dr. Ulana Suprun—to arrange for an independent diagnosis.

“Our evaluation was that he had faked the heart attack and could appear in court,” said Dr. Suprun. “His arrest was a big blow to the corrupt powers and many don’t know that the Ministry of Health had a lot to do with it.”

Without such collaboration, another accused might have given courts the slip or fled the country.

But Dr. Suprun, an Ukrainian-American radiologist, is a fierce reformer whose appointment in July as Acting Minister has led to legislative proposals that will provide decent, affordable medical care for the first time in Ukraine’s history.

“I’m certain the legislation will pass,” she said in a recent interview. “The public knows the system is corrupt and inefficient and 97 percent of people are afraid they will be financially ruined if they become sick.”

So, she and her team have taken the case for reforms to the public through an extensive communications outreach effort.

Their message is simple: health care reform is an extension of the Revolution of Dignity.

“We’re going to return dignity to the patients in Ukraine, to the doctors who have no dignity when they have to beg for money,” she said. “We want to guarantee doctors a living wage and guarantee Ukrainians healthcare, as do European countries, so that nobody should have to worry.”

Ukraine’s existing system is responsible for the fact lifespans are eleven years shorter than the rest of Europe, according to World Bank studies. And the only cure is replacing a Soviet system with a European one.

“There were suitcases full of cash coming into the Ministry of Health for people to get medical licenses or procurement contracts,” said Dr. Suprun.

“Tenders for equipment and pharmaceuticals were rigged so that only one importer and one manufacturer would win. There were lots of corrupt schemes.”

The scams were so blatant, and foreign drug manufacturers concerns so great, that in 2015 Ukraine handed over the procurement of drugs and equipment to the United Nations, UNICEF, and the UK’s nonprofit entity Crown Agents. This has saved tens of millions of dollars in costs each year because these nonprofit intermediaries bypass corruption and buy directly from manufacturers. An example is that a German cancer medication bought in 2014 for $322.60 per unit is obtained now for one-third the price of $104.37.

Her reforms, approved by Prime Minister Volodymyr Groisman and the Cabinet of Ministers, would replace the top-down system of giving government money to officials and head doctors to a western fee-for-service system.

The Ukrainian government will pay 100 percent of the medical costs for the poor and for palliative, emergency, and cancer treatments. The rest will be a co-pay government insurance system as exists in Europe.

Reforms will break the ruinous cycle.

“In Ukraine, doctors are forced to be corrupt. They are licensed by administrators and get salaries of $200 to $700 a month. They cannot support their families so they need other means of income,” she said.

The new system will pay doctors based on the number of patients they see. The Health Ministry estimates their incomes will jump three to four times and patients will have bribe-free access to doctors.

On April 11, 2017, Ukrainian pharmacies began providing, by law, the lowest cost drugs for cardiovascular, diabetes, and asthma patients instead of drugs from profiteers at inflated prices.

Despite benefits, the pushback from vested interests is considerable.

Many are making hundreds of millions of hryvnia on purchasing and bribery, she said.

But Dr. Suprun remains optimistic her teams’ reforms will become law because of support from the prime minister as well as religious leaders, reformers, the G7, European Union, IMF, World Bank, and increasingly the public.

“We do not want to enrich the corrupt,” Dr. Suprun said. And in this case, the public is firmly on her side.