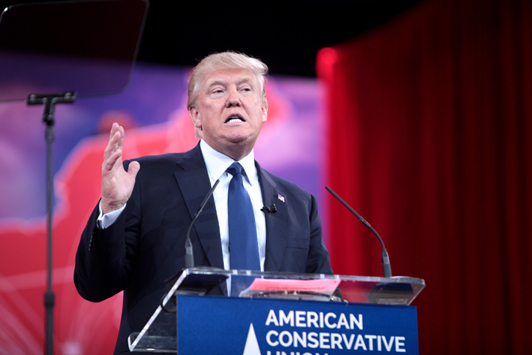 Forces hostile to US interests are filling vacuums around the world. It’s Islamic State and Iran in the Middle East. It’s a rising China in East Asia. It’s a bullying, belligerent Russia in Eastern Europe.

How to reverse the fraying world order?

On September 16, Republican presidential candidates will meet for a second debate, this one hosted by CNN and Salem Media Group and televised from the Reagan Library in Simi Valley, Calif.

The candidates would do well to start with the war in Ukraine as they assess challenges to US interests abroad. If Russia prevails in this ex-Soviet republic, the Kremlin’s appetite for aggression in Europe will grow, and Russian President Vladimir Putin will get closer to his ultimate goal: to break NATO. With a shattered alliance and American credibility in shreds, our ability to act elsewhere around the globe will be diminished considerably.

It’s time we put Russia back in its box. To do this, we need to explode three myths about Ukraine.

First myth: Ukraine is an isolated European problem. The European Union can lead in resolving the crisis.

For Putin, Ukraine is a vital piece on a larger chessboard. He needs Ukraine—with its resources, industrial capacity, and Black Sea access—in order to grow and secure his Eurasian empire. The ex-KGB man smells weakness and craves power. That’s why he’s invaded Georgia and cyber-attacked Estonia, and wages war today in Ukraine. It’s why he stirs trouble with ethnic Russians in Latvia, bullies Moldova and Romania, and seduces a vain, nationalist government in Hungary. But Putin is not done.

The EU cannot lead on any of this. The current migration crisis—like the Greek financial turmoil—reveals deep fissures in the European project. Germans are fed up with bailouts. New member states such Poland now harbor doubts about the single currency. British euroskeptics feel vindicated for having held on to the pound. In 2017, the UK will hold a referendum to determine whether the country should stay in the EU. Integration that was supposed to bring Europeans together is having the opposite effect, and the last thing Brussels wants is confrontation with Russia.

Yet it’s only through strength that we’ll kill off Russia’s lust for lebensraum. This means America must lead. Otherwise, Putin gets what he wants: an East under Moscow’s thumb, an EU in disarray, a NATO alliance cowed, feeble, and feckless, and US credibility decimated for years to come.

Second myth: There’s no military solution to the Ukraine problem.

The truth is, any winning strategy on Ukraine must include a robust military dimension. Ukrainian President Petro Poroshenko says his country wants 1,240 Javelin missiles. That’s the number of nuclear warheads Ukraine gave up in 1994, with US and British assurances at the time that, in exchange, we’d protect its security. It is unconscionable that we don’t arm and train Ukrainians to fight for their country.

We need to see Ukraine on our chessboard, too. Pushing back hard in Ukraine forces Moscow to calculate the price of aggression. A serious fight will give the Kremlin second thoughts about probing elsewhere in the region. Turning easy victory into a bloody and difficult adventure can also help in the long run to deflate Russian nationalism. Our long game should be to get to pragmatism and peace with a post-Putin regime.

Third myth: It’s the wrong time to give money to Ukraine. We need to wait until corruption has been eradicated and the war is over.

It’s true that in the long term, Ukraine must be free from war if its economy is to have a chance to stabilize and develop. It’s also true that corruption plagues Ukraine (in 2014, it ranked 142nd of 175 countries on Transparency International’s Corruption Perceptions Index, the worst of any European nation). Since the Maidan, though, Ukrainians have passed anti-corruption laws, dismantled monopolies, and begun streamlining government procurement. Members of Parliament must now disclose their income and assets.

Yet Ukrainian oligarchs and kleptocrats won’t disappear overnight. Russia will try to cripple reform by curbing gas flows into Ukraine. Economic progress—like winning the war in the east—will be expensive. It will entail setbacks. It will take time. But the costs of action must be weighed against the costs of inaction.

Lose Ukraine, embolden Russia, damage NATO, fracture Europe, and further weaken American credibility. This is a path we can hardly afford. Let’s see who among the candidates gets the big picture.

Jeffrey Gedmin is a Senior Fellow at the Georgetown University School of Foreign Service. He is also Co-Director of the Transatlantic Renewal Project, and former President and CEO of Radio Free Europe/Radio Liberty.