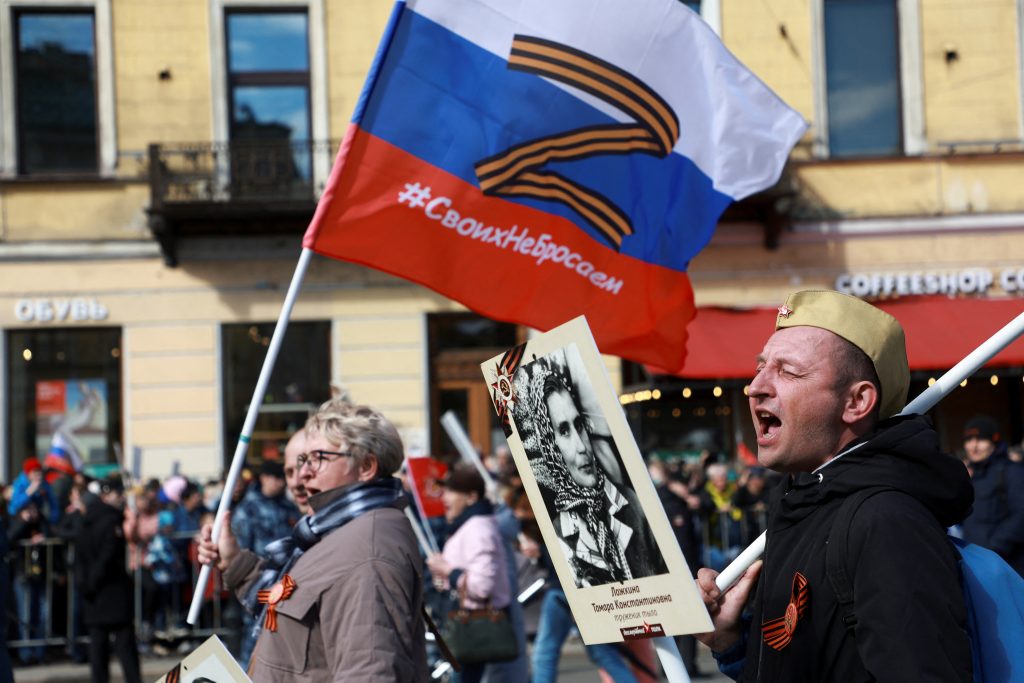 The latest polling data from Russia indicates that public support for the invasion of Ukraine remains strong despite higher than expected casualties and widespread accusations of war crimes.

A survey conducted in late May by Russia’s only remaining independent pollster, the Levada Center, found that 77% of Russians currently back the war. This represented a slight increase on the corresponding figure for April, when 74% of respondents voiced support for the ongoing invasion.

There has been considerable speculation over scale of Russian backing for the war in Ukraine, with critics questioning the credibility of numerous government-linked surveys showing strong levels of support. While any attempt to accurately gauge opinion in a dictatorship is notoriously difficult, the Levada Center’s recent data is likely to be the most legitimate available indication of public feeling toward the war.

While younger Russians were less likely to back the invasion, the survey identified comfortable majorities in favor of the war among every single age group. Sixty percent of 18-24 year old respondents voiced their support, rising to eighty three percent of those aged over 55. Nor is there much expectation of a quick victory, with almost half respondents (44%) predicting that the war would last for at least a further six months.

These figures are bad news for anyone hoping to see a domestic backlash within Russia as the war in Ukraine drags on and the costs become increasingly apparent to ordinary Russians. On the contrary, the slight rise in support since April suggests that a majority of Russians have accepted today’s wartime conditions as the new normal and are largely supportive of the Kremlin’s official narrative.

Since the outbreak of hostilities, the Putin regime has worked hard to control domestic perceptions of the conflict, which it euphemistically calls a “special military operation.” Draconian new legislation was adopted in the first days of the war introducing tough penalties for any media coverage that deviated from the official Kremlin narrative, while any attempts to stage anti-war protests have been ruthlessly stamped out.

So far, the Kremlin’s precautions have proven highly effective. During the first three months of hostilities in Ukraine, no major anti-war rallies have taken place anywhere in Russia. Instead, those who opposed the invasion have largely chosen to keep quiet or have left the country.

Despite multiple reports of concern behind the scenes, the regime has also remained solidly supportive of the war with no prominent figures seeking to protect their reputations by stepping down or speaking out against the invasion. This absence of high-level resignations was inadvertently underlined in early May when mid-ranking Russian diplomat Boris Bondarev made global headlines by announcing his decision to resign over the war.

The one area where opposition to the war is increasingly evident is within the ranks of Russian military itself. Since the outbreak of hostilities in late February, significant numbers of Russian troops have refused to fight in Ukraine or have abandoned their units and deserted.

While the exact number of Russians refusing to follow orders remains a closely guarded secret, one widely reported incident saw 115 members of Russia’s National Guard dismissed after they refused to fight in Ukraine. Meanwhile, a lawyer representing Russians who do not want to participate in the invasion has claimed that he’s been contacted by more than a thousand soldiers.

Collapsing morale within Putin’s military may now represent the greatest single threat to Russia’s war effort. While the Kremlin-controlled Russian media can disguise the true nature of the war indefinitely, those on the frontlines know the reality of Russia’s losses and are well aware of the atrocities being committed against the Ukrainian civilian population. As more and more soldiers seek to escape the Ukrainian meat grinder, Putin faces challenges finding enough troops to maintain the invasion without taking the politically risky move of ordering a general mobilization.

There are signs that the Kremlin is already beginning to face manpower issues. Recent legislation removed age limits for Russian soldiers in an apparent bid to fill out depleted ranks by recruiting men over the age of forty. The regime has also been relying on ethnic minority soldiers from many of Russia’s poorest regions along with conscripts from Russian-occupied eastern Ukraine. If mounting losses and desertions force the Kremlin to enlist thousands of young Russians from Moscow and St. Petersburg, the current pro-war consensus may not survive.

Putin’s Ukraine war relies on a series of propaganda myths that reflect modern Russia’s failure to break with its imperialistic past. If Europe wants to achieve a lasting peace, it must work toward a post-imperial Russia.

Image: A participant carries a flag with the "Z" symbol in support of the Russian armed forces involved in the invasion of Ukraine, during the Immortal Regiment march on Victory Day, which marks the 77th anniversary of the victory over Nazi Germany in World War Two, in Saint Petersburg, Russia May 9, 2022. (REUTERS/Anton Vaganov)