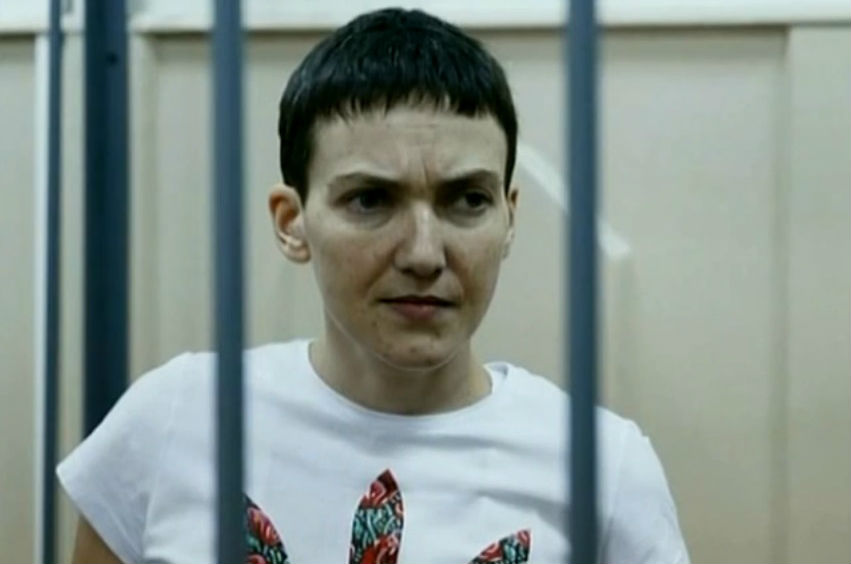 Editor’s Note: Ukrainian fighter pilot Nadiya Savchenko started a “dry” hunger strike on March 3 after Russian prosecutors requested a 23-year sentence for Savchenko. In 2014, Savchenko was captured by the pro-Russian separatists in the Donbas, transferred to Russia, where she was accused of involvement in the death of two Russian journalists.

Savchenko’s mother Mariya Ivanivna Savchenko has written a letter to leaders in the United States, urging them to do four things to help save her daughter. The letter below has been edited for clarity.

I am the mother of Ukrainian pilot, officer, and MP Nadiya Savchenko.

On June 17, 2014, my daughter was kidnapped and transported to Russia with a bag on her head. Russian Secret Services held her as a hostage for twenty months already, depriving her of sleep and her basic human rights, and torturing her.

Now the Russian prosecution asks for a twenty-three year sentence, despite her innocence.

She has been put on a show trial with no exonerating evidence accepted.

On March 3, Nadiya started a hunger strike without water to oppose the Court of Injustice, which deprived her even from the right to say a last word.

I know my daughter. She is a true soldier. She will not give up.

If something is not done urgently, I will lose my daughter, and Ukraine will lose one of its most beloved patriots.

I beg of you, as a voice of many Americans and someone who may lead the United States in the future, to do these four things to help save my daughter:

Thank you and God bless you,
Mariya Ivanivna Savchenko

Melinda Haring is the editor of the UkraineAlert at the Atlantic Council.

Image: Ukrainian fighter jet pilot Nadiya Savchenko appears in a Moscow court February 10, 2015. After a year of unrelenting detention, Savchenko is now accused of direct involvement in the deaths of two journalists, attempted murder motivated by hatred toward a social group, and illegally entering Russian territory. Russia hasn’t offered a shred of evidence that Savchenko committed any crime. “Facts do not play any role in this process,” her lawyer said. Credit: Creative Commons