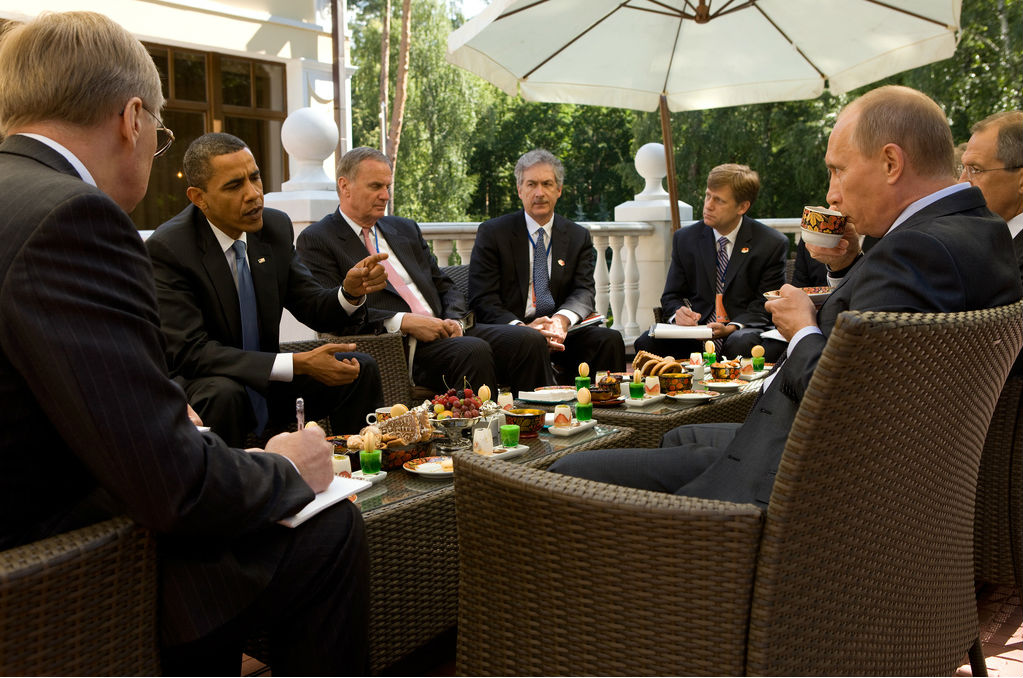 Moscow recently announced that it will procure fifty new nuclear-capable bombers, the Tupolev TU-160 or Blackjacks, which are the world’s largest combat aircraft. This seemingly anodyne announcement points to a critically important element of Russian strategy that we overlook at our and our allies’ peril. The procurement is the latest in a continuing series of unilateral Russian violations of arms-control agreements and treaties with the United States and Ukraine. The systematic dismantling of arms-control agreements through unilateral violations has become a consistent theme of Russian policy.

Russia’s new bombers violate the Presidential Nuclear Initiatives (PNIs) concluded by then Russian President Boris Yeltsin and US President George H. W. Bush in the 1990s that significantly reduced nuclear rivalry between Moscow and Washington. However, Russia violated these admittedly non-binding political agreements by outfitting its submarines with tactical nuclear weapons in 2004. This procurement, along with upgrading the radar and navigation equipment of Russia’s TU-160s, is another nail in the coffin of the PNIs.

At the same time, Moscow unilaterally broke the Intermediate Nuclear Forces treaty by testing the Yars intercontinental ballistic missile (ICBM), the multiple independently targetable reentry vehicle version of the SS-27/Topol M Variant 2, and by testing the R-500 Iskander K cruise missile within the treaty’s prohibited distances. Russia’s violations continue unabated; it last tested the Yars ICBM on March 18. Its cumulative violations cast serious doubt on the value of negotiating arms-control agreements with Moscow—even if there was no invasion of Ukraine. But in that context, the Obama Administration’s efforts to seek a new round of talks is absurd. Russia’s repeated transgressions underscore the folly of engaging Moscow on arms-control issues in the belief that it has a genuine interest in abiding by the result of the negotiations.

But that’s not the only disturbing element. Russia’s tests, probes, and procurements demonstrate that whatever arms-control pundits declaim about nuclear weapons having no strategic utility other than to deter nuclear threats, Russia believes that these weapons can be used for both military and political gain, and it acts accordingly. Russia seeks more than merely to deter Washington and NATO at the conventional and nuclear levels. It seeks to take territory from pro-Western states and disrupt the West, using non-nuclear instruments directly and nuclear instruments to intimidate and control Western responses. Russia’s nuclear buildup and its proliferating nuclear threats are a way to distract from the concurrent buildup of a warfighting conventional capability. Moscow’s probes raise the cost of retaliation.

Russia’s probes also suggest that nuclear weapons could be used if necessary in a warfighting mode. Although many US analysts would describe Russia’s current nuclear posture as one of mutual deterrence, that term is fundamentally wrong. It’s a strategy of coercion and intimidation aimed at the West, and it’s meant to give Russia time to build up and improve its conventional and nuclear capabilities, and block both European integration and the sovereign choice of post-Soviet states. Whatever this strategy may be called, surely it is not mutual deterrence. If anything, it is a strategy for a pre-war buildup.

NATO’s virtual self-disarmament, its lack of any coherent policy regarding its own tactical nuclear weapons, and its supine response to the violations of arms-control treaties have created a vacuum that is filled by Russia. Having found no Western response to earlier probes, Russia felt emboldened to attack Ukraine and to ratchet up its threats. Russian President Vladimir Putin has achieved his intended result: Ukraine has not received real military assistance nor has NATO seriously grappled with the fact that Russia is an unbridled aggressor.

The invasion of Ukraine remains the greatest existential threat to international security because of its implications for European and international security. Disjointed and timorous responses to Russia will not secure Europe or Ukraine. It is not possible for NATO and Ukraine to recover what has been lost without a genuinely multidimensional strategy. But the absence of any coherent strategy by Washington and Brussels, as demonstrated by its utter failure to grasp Europe’s conventional and nuclear dilemmas and how they are interlinked, all but ensures that Ukraine’s agony will continue.