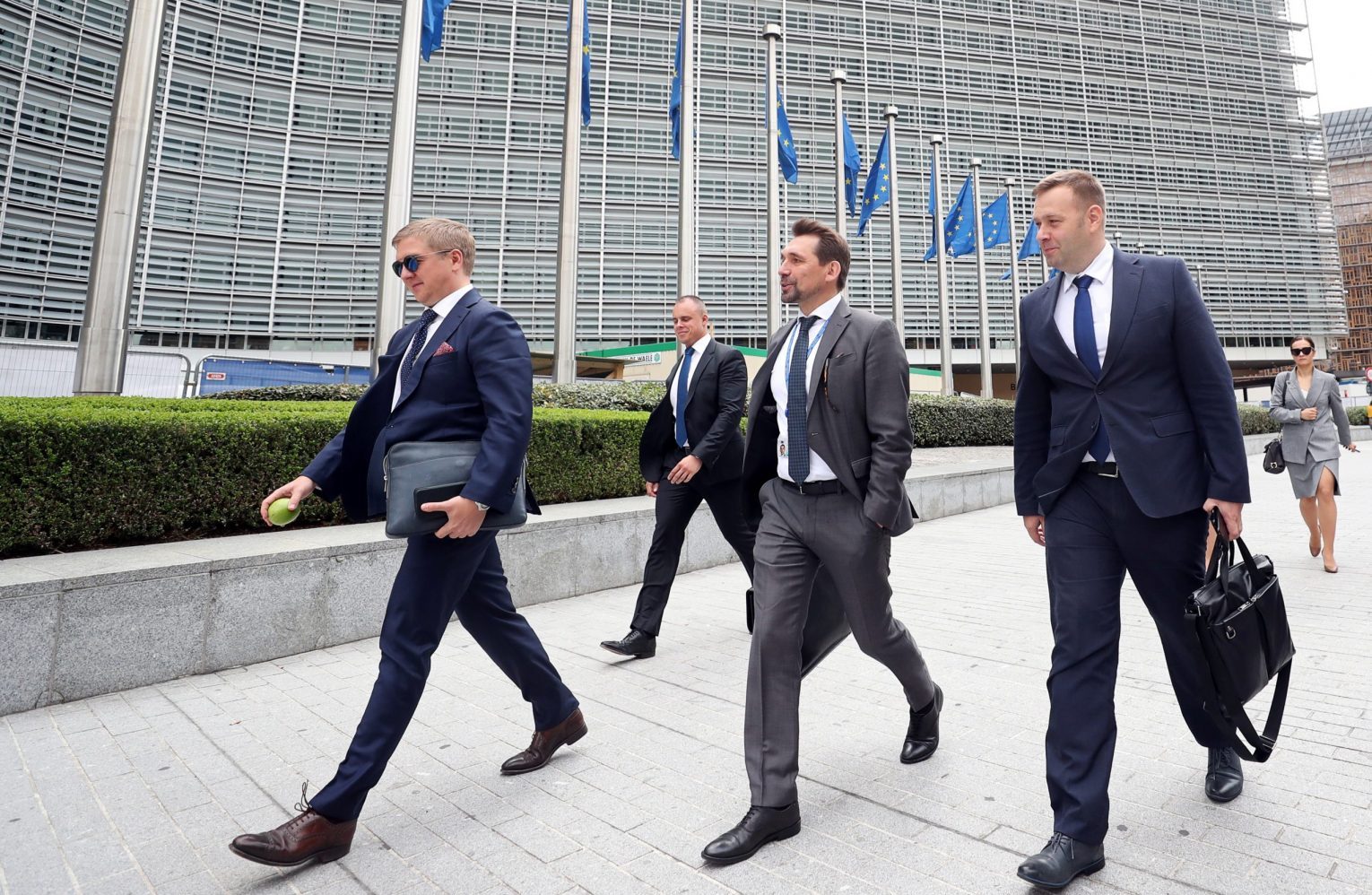 When Andriy Kobolyev took over the reins of Ukraine’s gigantic national energy company Naftogaz in March 2014, the situation could hardly have been more desperate. His predecessor as Naftogaz CEO was implicated in a massive fraud, the Ukrainian president had fled to Moscow, and a Russian invasion was underway.

This was the country’s darkest hour, and the sheer scale of the crisis threatened to overwhelm Naftogaz. The company’s power grid in Crimea was confiscated by Russia, while assets in the industrial heartlands of eastern Ukraine were soon lost as Putin’s attack expanded to the mainland. Meanwhile, Russia’s Gazprom, supplier of 90 percent of the country’s natural gas, demanded an 80 percent price increase. Ukrainian oligarchs refused to pay their debts, and Russia blocked Ukraine from importing gas from Europe.

At the time, Kobolyev was just 37 years old. Undeterred by the gravity of the situation, he accepted the challenge of leading Naftogaz. Over the ensuing five years, he and his team eliminated Ukraine’s direct dependency on Russia for gas, kept the heat and lights on, curbed corruption, and pulled off one of the greatest corporate turnarounds in Ukrainian, and possibly European, recent history. Losses of $6.5 billion a year have become profits of $8.5 billion annually, contributing roughly 8 percent of government revenues.

Based on this record, you would expect Kobolyev and his team to be revered by a grateful nation, but you would be wrong. On the contrary, some politicians have even recently called for his removal. In a mid-December 2019 interview, the usually unflappable Kobolyev shared his exasperation. “I don’t know where this is coming from, but I know the Prime Minister and Economy Minister immediately made a statement saying that the Naftogaz supervisory board and management should stay. I was also given direct assurances. Why this is happening is not clear to me. There was some tension with the previous [energy] minister, but we hope we’ll be able to address a lot of questions in the near future.”

In the roiling world of Naftogaz, the challenges are never-ending. As Kobolyev faces political opposition at home, he must also manage the relentless tensions of relations with Moscow. The current contract for Russian gas transit across Ukraine to Europe ends on December 31, and talks with the Europeans and Russians on a new agreement are “unlikely” to yield results, according to the Naftogaz CEO. Transit flows could resume in April in tandem with the next round of Normandy Format talks between the leaders of Ukraine, Russia, France, and Germany. Taking no chances, Naftogaz has stored enough gas to meet Ukraine’s own needs for at least one year.

At the same time, the Russians are now weeks away from completing their Nord Stream 2 undersea pipeline that would bypass Ukraine’s transit system, which nets the company $3 billion a year in fees. However, on December 17, tough US sanctions were approved that could halt its completion for up to three years. Further, Germany wants Russia to guarantee it will continue to use Ukraine’s pipelines after Nord Stream 2 becomes operational. Kobolyev is not counting on either development. “Even if Russia gives guarantees, I believe the likelihood of Russia helping us is zero.”

As talks continue, Russia and Gazprom are playing hardball. This includes demands that Naftogaz foregoes a $3 billion arbitration award it won against Gazprom before any future gas contract with Ukraine is signed. The award, by a Stockholm court, was granted on the basis that Ukraine had been illegally charged by Gazprom for gas it did not use. Kolobyev says he is ready to be flexible regarding methods of payment, but demands guarantees that Russia will meet any obligations it commits to. “We at Naftogaz are there [in transit talks] to discuss various options for a gas supply deal. Any option should ultimately lead to the Ukrainian side getting the money already won – $3 billion-plus accrued interest which remains outstanding. We are prepared to consider options that deliver that value to us, but these must be backed by either tangible assets or outside guarantees that gas would be delivered. We have experience that Gazprom does not honor its agreements.”

Among the accusations aimed at Kobolyev by critics is the charge of failing to develop natural gas supplies inside the country. He blames this on political interference in the Ukrainian energy sector. “Naftogaz was given small [exploration] licenses in 2016, but the big pieces were kept away from us by former Prime Minister Volodymyr Groysman, who chose instead to give them to private companies. Why? There is an obvious hypothesis, but that needs to be proved by law enforcement agencies,” he says. “Private sector guys bought more licenses, but none put any into production. Then the government tried to recall all our major [production] licenses and block our future production on the basis that we were required to go through major environmental procedures on fields where we were already producing a lot. It was outrageous and some licenses were taken away based on false accusations. We were blocked, then criticized, and lost licenses. These tactics were not in the interests of Naftogaz.” Despite these setbacks, Kobolyev says Ukraine has the potential to become self-sufficient in natural gas if a collaborative plan between the company, government, and private sector is devised.

Domestic production is only one of a number of diversification options pursued by Kobolyev. Four years ago, Gazprom supplied 90 percent of Ukraine’s domestic needs. But in 2015, Ukraine stopped buying gas directly from Moscow at exorbitant prices and began re-importing Russian gas from Europe, mostly Slovakia, while developing additional sources of supply. The company currently imports gas from 65 companies in 18 European countries. “The market share [in Europe] of Gazprom is now second to [Norway’s] Statoil. There is lots of gas in the European market, LNG, and many sources. We will be able to survive without being dependent on Russia. Moldova has decided to rely on Gazprom. That is a very risky choice.”

Dealing with such risks has been central to Kobolyev’s job description ever since spring 2014. Some years ago, I asked the Naftogaz CEO what it was like to deal with this recurring maelstrom. He joked that “it was like Groundhog Day”. This time around, his answer was similar, but from outside, it’s clear his outcomes have become a whole lot better.