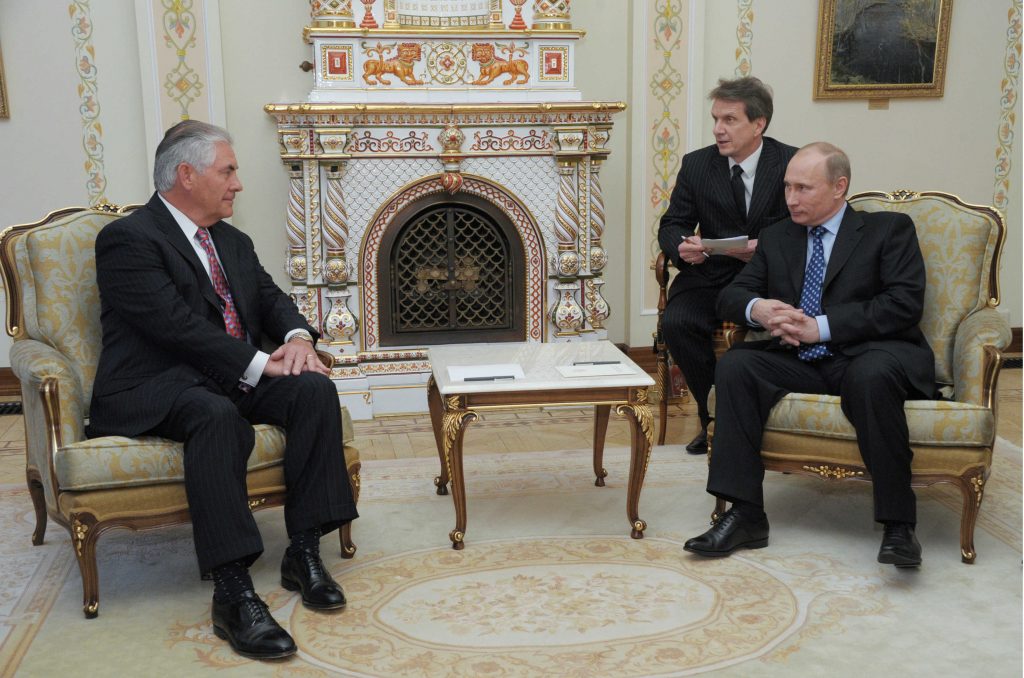 Despite the flood of post-election pundits advising President-elect Donald Trump on how to approach Russia, few have offered any understanding of Moscow’s aims.

Indeed, exporting Putinism—the corruption of both public and private institutions for the benefit of a small ruling clique that governs without accountability—is a primary condition for the regime’s survival at home. Therefore, Moscow continues to pressure Washington and Europe. Moscow has launched a coup in Montenegro using Serbian extremists as its proxies, intensified its information war in Germany and the US, and accelerated its military buildup and pressure against NATO, including nuclear threats.
Putin may have refrained from retaliating against Washington’s expulsion of Russian diplomats in response to its information warfare in the US, but the warfare has not stopped; instead, it has received expanded funding. This war has lasted over a decade, and negotiations alone will not stop it. Psychologically and institutionally, Putin’s government cannot conceive of itself as not being under attack. In 2005, Defense Minister Sergei Ivanov told the Academy of Military Sciences that Russia was at war, even though none had been declared. And in 2016, he told the Financial Times, “We take the Cold War as a fact of life.”

For Trump and the West to negotiate effectively, they must understand Russia’s goals, as well as how to use Western power to bring Moscow to the table and achieve real results. Russian officials from Putin down have frequently and publicly clarified that no post-Soviet or even post-Warsaw Pact state truly enjoys sovereignty. Russian information warfare, support for frozen conflicts across Eurasia, and support for subversive and extremist parties across Europe reveal Russia’s conviction that these states’ integrity does not need to be respected.

Indeed, Putin now advocates new forms of “integration” among members of the Collective Security Treaty Organization and has made defense of Russian speakers and ethnic Russians abroad a cardinal point of his foreign policy. As Russian experts Oleg Barbanov, Timofey Boprdachev, Fyodor Lukyanov, and Andrey Sushentov wrote in their 2016 report “War and Peace in the 21st Century” for the Valdai Club that faithfully serves as an official platform for Russian policy, in the future “the possible transfer of territories, which may become inevitable in the context of numerous territorial disputes and dilution of the solid international legal base, will also be less than catastrophic. In some cases, de-facto retransfer or withdrawal of territories will be compensated by the preservation of economic openness.”

Furthermore, as part of the new order, the West will be called on once again to invest in and trade with Russia, which will employ this money on behalf of the elite’s enrichment and the corruption of Western institutions. This is not just a matter of Russian support for political parties, as in France or Greece. It is also the open employment of organized crime, as has occurred in Spain on behalf of Russian state interests.

Therefore, the West must use its leverage to reject this scenario. Not only does this mean building a truly effective conventional deterrent across Europe that would allow NATO to rebuff all threats; it also means revitalizing the EU and strengthening its unity, coherence, and ability to promote democracy among its members. Internal unity and reinvigorated democratic institutions will prevent European media, banks, energy corporations, and political parties from becoming corrupted. And those processes, coupled with robust economic growth, will revive the vision that only the EU can bring peace and prosperity to European citizens. At the same time, these strengthened institutions will deny Russia the opportunity to use energy sales as a lever.

This plan also requires the development of Western strategies to combat Russian information warfare. The US and Europe must reverse a situation in which not only democratic institutions but the very notion of objective truth itself are under attack. Given the economic disparities between Russia and the West, the current situation illustrates the West’s inability to grasp that it is under systematic and wide-ranging attack and unwillingness to invest in its own defense.

Once the West has acted on this plan for reinvigorated moral-economic-political-ideological-military capabilities, it will then be possible to negotiate with Moscow, if that is what Western leaders want, and to do so on the previously-established basis of an allied consensus. Returning to the world of the Cold War may look to some like progress or even like peace, but it will be war. To paraphrase Trotsky, the West many not be interested in war, but war is interested in the West.