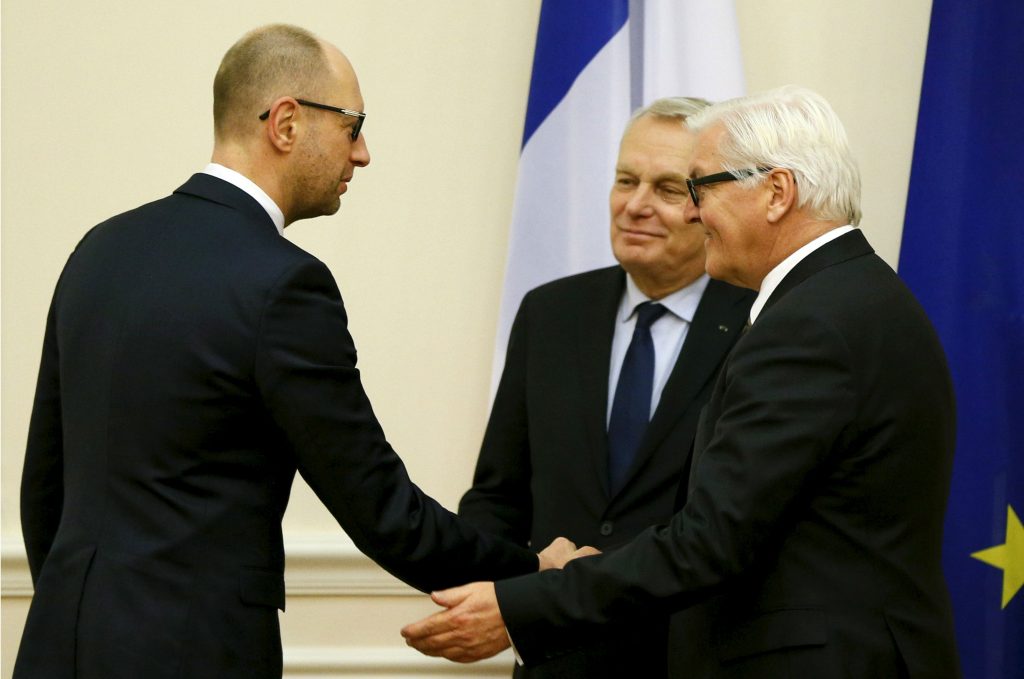 For several months, the Minsk peace process has been in a stalemate. Meetings of the Trilateral Contact Group and the Normandy Four have failed to make progress on the issue of elections in the Russian-occupied areas of the Donbas.

The fourth provision of the Minsk II agreement envisages that local elections should be discussed “in accordance with Ukrainian legislation,” and the twelfth provision states that such elections should be “held in accordance with relevant OSCE standards and monitored by OSCE/ODIHR.” Ukraine insists that these provisions must be fully complied with in order to guarantee free and transparent elections. Given that Russia has failed to make its proxies observe a comprehensive ceasefire, Kyiv insists that an OSCE police mission should be deployed in the Donbas to ensure the elections’ security.

Russia and its proxies in the Donbas have an unusual vision for these elections: lacking the participation of Ukrainian parties and media, and depriving 1.5 million internally displaced persons of their voting rights. Such sham elections would legitimize the present puppet regimes controlled by the Kremlin and allow the newly ‘elected’ local authorities to legitimize the Russian-separatist combat units under the guise of the “people’s police,” and give them control over the border.

Such a scenario actually means the cynical legitimizing of Russia’s occupation of the Donbas. Nevertheless, it is the scenario that Berlin and Paris are pushing Ukraine to agree to. During a visit to Kyiv on February 22-23, as well as at the Normandy Four meeting on March 3, German and French foreign ministers tried to persuade Ukrainian authorities to quickly approve the electoral law for the occupied areas of the Donbas, and to hold elections in June.

Why June? The most obvious reason is that the extension of sanctions against Russia is to be discussed by the EU that month. It has become increasingly difficult for Berlin to maintain unity within the EU over the issue of sanctions, as well as to manage the discontent of a considerable number of Putinverstehers in the German ruling coalition. Besides, the absence of progress in Minsk’s implementation undermines the prestige of Germany’s OSCE chairmanship, not to mention Berlin’s ambition to take the lead in the EU.

By demanding Ukraine adopt the electoral law for the Donbas, Germany and France are driving Kyiv into a corner with two unacceptable options, both of which may lead to the lifting of sanctions against Russia without any real implementation of the Minsk II agreement.

The first option would occur if Kyiv refuses to schedule the elections for June in Russian-occupied areas of the Donbas because officials are aware that they would be sham elections. In this case, Kyiv could be blamed by Berlin and Paris for disrupting the Minsk peace process, and the consequence could be the lifting of sanctions against Russia.

The second option is no better. If Kyiv agrees to pass the electoral law for the Donbas, then Russia and its proxies will hold sham elections, the Kremlin’s puppet regimes will be legitimized, their combat units will take control of the border, and sanctions against Russia will be lifted under the guise of “significant progress” on the implementation of Minsk II.

Neither option would lead to peace and stability; the only reason Russia wants elections is to legitimize its control over that part of Ukraine’s territory, with the hope of further eroding Ukrainian statehood from inside.

If lifting sanctions against Russia is not the real reason Berlin and Paris are pushing for the electoral law’s approval, they should abandon the idea of elections until the necessary conditions are met in the Donbas. Previous experiences of deploying international missions to secure elections in conflict zones indicates that this will require much more time than the two months that are left until June.

The Minsk agreements can be fully implemented only if the entire paradigm of their fulfillment is revised:

Finally, the Ukrainian government should clearly understand that the support of its Western counterparts is associated with the pace and quality of its reforms, especially in the fight against corruption. It would be much easier for European and American politicians to explain to their voters why they should support Ukraine if the latter would demonstrate its adherence to the rule of law and Western standards of good government.

Maksym Khylko is Chairman of the Board at the East European Security Research Initiative Foundation and Senior Research Fellow at the Taras Shevchenko National University of Kyiv and at the Foreign Policy Research Institute in Ukraine.