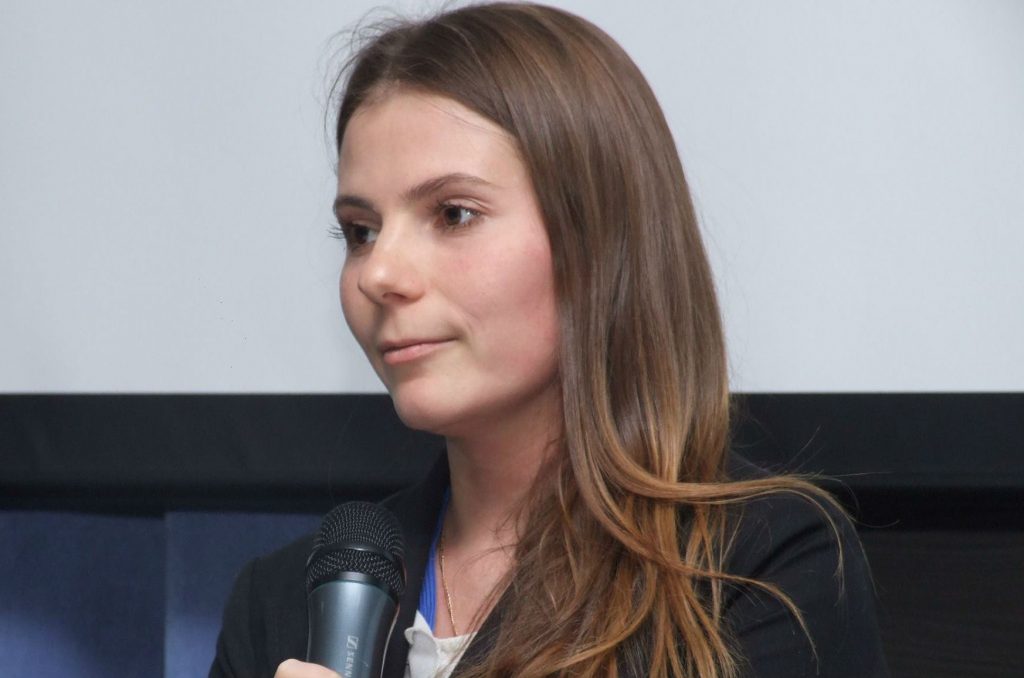 Sixteen months after Russia’s March 2014 annexation of Crimea, the peninsula’s human rights situation is getting progressively worse. The first wave of repression targeted mainly pro-Ukrainian activists and Crimean Tatars, while in 2015 the Kremlin’s victims have been Slavs: Ukrainians and Russians. Since early this year, Russian authorities have forcibly resettled thousands of self-sufficient businessmen and managers, as well as various religious leaders. In June 2014, the Ukrainian government registered 1.36 million refugees. Unofficially, more than 50,000 Crimean refugees now live on the Ukrainian mainland; the others are displaced persons from the Donbas.

Among the most publicized provocations of harassment of people was the March 13, 2015, search of the Simferopol residence of Natalia Kokorina, an ethnic Russian and editor of the Center of Journalistic Investigation. FSB employees raided the apartment of her parents and questioned Kokorina. Last spring, Sergei Mokrushin—also an ethnic Russian journalist—was expelled from Kerch, a city in Crimea. In July 2014, he and a colleague, Vladlen Melnikov, were beaten by the so-called Crimean “self-defense,” a unit linked to Sergei Aksenov, the self-proclaimed premier of the Crimean Republic. This paramilitary group enjoys official status thanks to a ruling by the republic’s council.

The parents of Anna Andrievskaia, a Simferopol journalist of Ukrainian descent, have also been harassed. Andrievskaia, who writes for Crimea.Realities, now lives in Kyiv because she faces up to five years in prison back in Crimea under Article 208 of the Criminal Code of the Russian Federation. That follows her report on the Crimea volunteer battalion which was involved in anti-terrorist operations.

On July 8, 2015, the Crimean Center of Business and Cultural Cooperation presented a report in Kyiv on the status of the Ukrainian language. In March 2014, Crimean authorities had expelled the NGO’s Chairman, Andrei Schekun. He said Russian authorities have disbanded 350 of the more than 400 Ukrainian language classes that once existed in Crimea. Only fifty remain, while the only Ukrainian gymnasium in Simferopol is “practically Russified.” Experts also reported the closure of the only Ukrainian faculty at Crimea’s former Taurian National University. New de facto authorities have repurposed this faculty into another at the university’s Department of Slavic Philology and Journalism.

The Crimean peninsula has undergone a total purge of everything not in accord with the ideology of the Kremlin-dominated Russkiy Mir (“Russian world”). This follows violence against political dissidents, tight control of the media, religious-inspired harassment, and pressure on businesses. Russia’s Special Services are more active than ever, working with Russian chauvinist organizations and criminal elements. Crimea’s Slavic population is feeling all the delights of this so-called “restoration of historical justice.”

Yet the Slavic population has turned out to be extremely resilient. According to Ukraine’s last census in 2001, the Crimean Autonomous Republic and Sevastopol city included 1,450,394 people who claimed Russian nationality, 574,647 who identified as Ukrainian, and 35,157 who identified as Belorussian. However, during the so-called October 2014 census in the Crimean Federal District and in the federal city of Sevastopol, residents claiming Russian nationality had risen to 1,492,078, while those claiming Belorussian nationality had dropped to 21,694. Those identifying as Ukrainian had fallen to 344,515—down from 24 percent of the 2001 total to barely 15 percent today. But it wasn’t because Ukrainians had actually been killed. Rather, these people feared identifying themselves as ethnic Ukrainians in occupied Crimea.

The Kremlin also harasses people for religious reasons. In 2014, Crimea had more than 200,000 Protestants, including Jehovah’s Witnesses, Baptists, and Seventh-Day Adventists. Yet Bishop Anatoly Kaliuzhsky of the New Life Church recently testified that if his passport doesn’t show Russian citizenship, he may not preach, and must leave Crimea. As a result, people are lining up for Russian passports. Among those who have been persecuted or driven away are the 25,000 parishioners of the Ukrainian Orthodox Church of the Kyivan Patriarchate. Early this year, Archbishop Clement of Simferopol and Crimea reported that five churches of the Crimean patriarchy had been closed.

Meanwhile, Crimean authorities continue their crackdown of any Russian-language broadcast outlet that holds pro-Ukrainian or independent positions. This includes the closure of Crimea’s most popular radio and TV station, Chernomorka [Black Sea].

But the worst repression is against dissidents, mostly ethnic Russians and Ukrainians. Political activist Alexander Kolchenko, a Ukrainian, and filmmaker Oleg Sentsov, a Russian, were arrested of terrorism just for exercising their civil rights; a Russian court recently extended their detention period by another six months. Two other activists, Gennady Afanasiev and Alexei Chyrny, have been sentenced to seven years in prison.

It has reached the absurd. On May 21, 2015, police in Armyansk detained Vel’dar Shukurdzhiev, Leonid Kuz’min, Mikhail Bartak, and Sergei Dub for several hours simply for wearing traditional Ukrainian clothing.

Clearly, no one can feel safe in Russian Crimea sixteen months after annexation—not Tatars, not Ukrainians, and not even ethnic Russians. Once a multi-ethnic resort, Crimea has gradually become a giant military barracks where not even a peep of dissent is tolerated.

Taras Berezovets is founder of the Free Crimea project and Fund for National Strategies. Helen Burns translated this article from Russian to English.

Image: Natalia Kokorina, an ethnic Russian and editor of the Center of Journalistic Investigation, has been subject to harassment from the FSB. On March 13, 2015, FSB employees raided her parents’ apartment and questioned Kokorina.