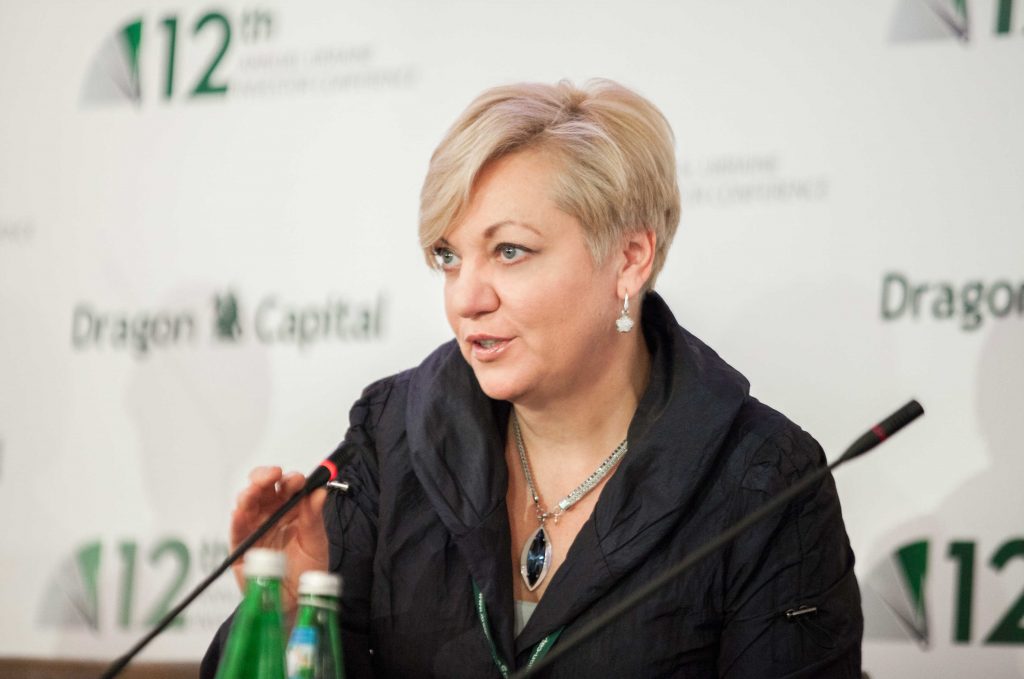 An attempt is underway in the Ukrainian parliament to deprive the National Bank of Ukraine (NBU) of its independence and oust its governor, Valeriya Hontareva. This would be a major reversal of Ukraine’s economic reforms and must be stopped.

In the last two years, Ukraine has carried out its most fundamental economic reforms since its independence in 1991. NBU has been a driving force in this reform wave. Since June 2014, Hontareva has led the bank, and hardly anybody has done more for economic reform than she. Focus magazine recently named her the most influential woman in Ukraine.

Under former President Viktor Yanukovych, Ukrainian bank owners developed a habit of making 80-90 percent of their loans to themselves, with little intention of returning them. The best way of robbing a bank is to own a bank. In effect, they robbed deposit holders and NBU, which provided ample refinancing. Often they used such funds to buy more banks.

Hontareva has fearlessly taken out one after the other of these corrupt and bankrupt banks. Roughly half of Ukraine’s twenty biggest businessmen have lost their banks, and almost half of Ukraine’s 180 banks have been eliminated. Their assets have been transferred to the Deposit Guarantee Fund, which has reimbursed individual depositors up to a reasonable limit.

The NBU is also responsible for exchange rate policy. The exchange rate of the hryvnia has slumped from eight hryvnia per US dollar at the end of 2013 to currently twenty-six hryvnia per US dollar. This has been highly unpopular, because Ukrainians measure their income and wealth in dollars, but it was necessary because Ukraine had an untenable current account deficit of 9 percent of GDP in 2013. That was brought to zero last year.

Since April, the hryvnia has stabilized, as Ukraine’s reserves of international currencies and gold that were critically low at $5 billion in February 2015 have risen to $16 billion, thanks to NBU’s responsible monetary and exchange rate policies.

Because of the sharp depreciation of the hryvnia and energy tariff increases, Ukraine’s annualized inflation surged to 61 percent in April 2015. As a result of its strict monetary policy, NBU has reduced inflation to 8 percent since May.

No Ukrainian institution has been more reformed than NBU. Hontareva brought in a highly-qualified team from the private banking sector and cut the excessive staff of 11,000 in half; she is aiming for a further reduction to 2,500.

These laudable policies have hit at a large segment of the old elite. During Hontareva’s first year in office, NBU faced persistent demonstrations that seemingly represented the interests of some of the failing bank owners, but these protests eventually ceased, as they had no material effect.

This fall, however, NBU has encountered a new offensive. At the annual meetings of the International Monetary Fund and the World Bank on October 7-9 in Washington, Ukrainian businessman and independent parliamentarian Serhiy Taruta distributed a thirty-two page pamphlet titled “Gontareva: A Threat to the Economic Security of Ukraine,” which called for her ouster. This booklet, written in English, had no named author, and a careful reading did not uncover evidence of any of the sharp accusations. Apparently it is not publicly available.

As a follow-up to this pamphlet, a number of parliamentarians from four parties submitted a draft law to parliament on October 10, calling for amendments to the law on NBU to deprive it of its independence. The draft also demands the ouster of Hontareva and her deputies.

The two most prominent proponents are Oleh Lyashko and Viktor Galasiuk, the chairman and deputy chairman of the Radical Party, but as is often the case in Ukraine, it is unclear who is really behind this draft law. It is presented as a populist act, but appears to be initiated by parts of the old elite. They want to return to a weak central bank that happily gives ample refinancing to close friends at the expense of the Ukrainian people.

Refreshingly, the chief executives of twelve of Ukraine’s biggest commercial banks have signed a joint letter in support of NBU’s independence and Hontareva. The International Monetary Fund, the US government, the European Union, the European Bank for Reconstruction and Development, and the World Bank understand this drama well and are all highly appreciative of NBU and Hontareva.

If the parliament were to adopt this law and abolish the independence of the central bank, financial assistance from the West would likely cease: this is a fundamental issue of good economic governance.

President Petro Poroshenko and Prime Minister Volodymyr Groisman should put their feet down and tell parliament that such a law is impermissible and would be of great harm to the nation. Poroshenko has many reasons to do so. It was he who appointed Hontareva, who was his investment banker before she joined the NBU, and they have cooperated well.

Hopefully this misdirected initiative will be stopped. Ukraine must not waste its efforts in such a fashion; it should instead focus on important reforms that will allow the country to reach high, sustained levels of economic growth.

Anders Åslund, a UkraineAlert contributor, is a senior fellow at the Atlantic Council and a member of the supervisory board of Bank Credit Dnepr. He tweets at @anders_aslund.