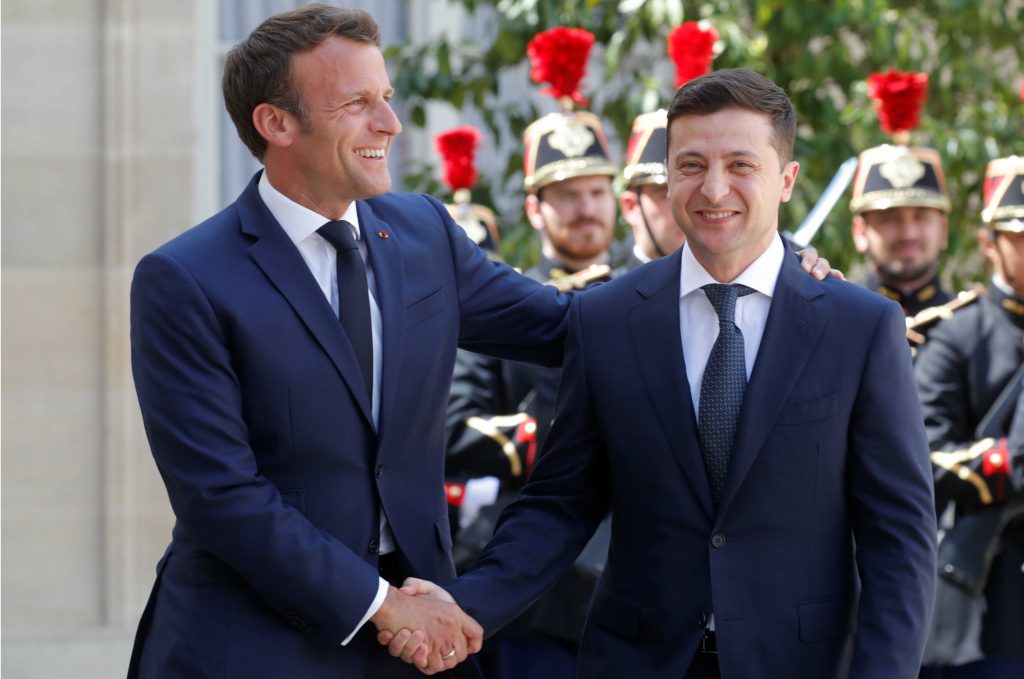 Volodymyr Zelenskyy became Ukraine’s sixth president on May 20. The political neophyte’s election raised a host of questions about lack of governing experience, connections to oligarch Ihor Kolomoisky, the composition of his inner circle, and his priorities once in office. One month into Zelenskyy’s presidency, those questions still require answers, and we have yet to see much in the way of policies as the political focus has turned to the parliamentary elections. However, his pronouncements largely have been reassuring. The US government appears cautiously optimistic and has invited him to visit Washington.

Many questioned whether Zelenskyy’s entry into the presidential campaign was serious. A well-known actor, Zelenskyy had virtually no political experience. He ran an untraditional campaign, offering few interviews, seemingly preferring to let his TV persona shape the views of voters. The strategy worked. He trounced incumbent Petro Poroshenko by a 50 percent margin.

In the month since he took office, Zelenskyy hasn’t had time to enact new policies. He dissolved the Rada, which triggered early parliamentary elections that were set for July 21. The legality of that action has been challenged in the Constitutional Court, though the main political parties seem ready for an early ballot. Polls suggest a large majority of Ukrainian voters favors early elections.

The outcome of the parliamentary elections matters. Zelenskyy needs a majority coalition that will support his agenda and approve a prime minister and cabinet with which he can work. So, assuming the Constitutional Court does not invalidate the early ballot, the focus over the next month will be politics. Polling suggests that Zelenskyy’s Servant of the People party will do well in the vote.

But there are reasons for concern. One set of questions regarding the new president has centered on his relationship with Kolomoisky, owner of the channel that broadcast Zelenskyy’s comedy show. Kolomoisky, who had spent the past couple of years residing in Switzerland and Israel, returned to Ukraine almost immediately after Zelenskyy’s election.

Zelenskyy has tried to distance himself from the oligarch, saying that he would side with the state’s interests and against Kolomoisky’s legal maneuvers to regain control of Privatbank, which was nationalized in 2016 after reportedly having a capital shortfall of more than five billion dollars.  Zelenskyy also dismissed Kolomoisky’s suggestion that Ukraine default on its loans from the International Monetary Fund.

That said, this space bears watching.  Key players in Zelenskyy’s inner circle have close ties to Kolomoisky, in particular Andriy Bohdan, who was appointed by Zelenskyy to head the presidential administration. The new president has brought a significant number of colleagues from his entertainment and business worlds into government, and their performance will come under scrutiny.

Zelenskyy has also made well-received appointments. Oleksandr Danylyuk has become secretary of the National Security and Defense Council.  A former minister of finance who played a role in the nationalization of Privatbank, he could serve as a check on Kolomoisky’s influence. The new president has nominated Vadim Prystaiko, a smart and seasoned diplomat, to be foreign minister. He appointed Aivaras Abromavičius, a reform-minded former economics minister, to the supervisory board of Ukroboronprom, a conglomerate that dominates Ukraine’s defense industrial sector and which has been the frequent object of corruption allegations.

Zelenskyy is also saying the right things. He has made clear that fighting corruption will top his domestic agenda. The perception that Poroshenko failed to curb corruption and reduce the influence of the country’s oligarchs was a major factor in his electoral defeat. To the extent that Zelenskyy has a feel for politics—and his campaign and victory suggest he does—he presumably understands that delivering a real fight against corruption will be a key benchmark by which the electorate judges him.

On foreign policy, Zelenskyy has signaled significant continuity. He has reaffirmed Ukraine’s goals of full integration in European and Euro-Atlantic institutions by expressing a desire to join the European Union and NATO. He made his first overseas trip as president to Brussels to meet with EU and NATO leaders, is traveling to Paris and Berlin June 17-18, and will host an EU-Ukraine summit in Kyiv on July 8.

Zelenskyy has proposed a referendum on NATO membership, though he has not said when he would hold it or what question would be put to the voters.  Some worry that this is a potential poison pill that could derail Ukraine’s membership bid. Officials close to Zelenskyy counter that a referendum would secure the Ukrainian public’s buy-in and make it difficult for politicians later to change course.

Responding to Russia’s continuing aggression, in particular the occupation of part of the Donbas in eastern Ukraine, constitutes his number one foreign challenge. Dealing with Russian President Vladimir Putin will not be easy. The Kremlin seems intent on bringing Ukraine back into Moscow’s orbit or, failing that, breaking it.

Although the Russian leadership had made clear its desire to see out Poroshenko, it has sent no positive signals to Zelenskyy. After his election, Moscow announced its readiness to issue Russian passports to those in the occupied Donbas. Russian and Russian proxy forces marked the new president’s visit to Brussels with increased shelling across the line of contact.

Presumably, any consideration in the Kremlin of a change in policy will wait until after the parliamentary elections and a chance for Moscow to assess the resulting line-up of political forces. The key question for Zelenskyy—and for Ukraine’s supporters in the West—likely will remain how to change the Kremlin’s cost/benefit calculation so that Russia seeks a genuine peace.

Zelenskyy has called for a new impetus to the peace effort but avoided specifics. Unlike his predecessor, the new president has said he would reach out more actively to Ukrainians in the occupied part of the Donbas. That makes sense; ordinary people need to feel that when the conflict is over, they will be welcome as full Ukrainian citizens.

Ukraine’s new president has had just one month in office, and he still needs to define his political priorities and the extent to which he will be his own man. Cautious optimism seems appropriate now. Of course, there have been times in the past when developments in Ukraine provided grounds for great optimism, but Ukrainians and observers (including this author) only ended up disappointed. Let’s hope this time will prove different.

Steven Pifer is a William Perry fellow at Stanford’s Center for International Security and Cooperation and a former US ambassador to Ukraine. He tweets @steven_pifer.