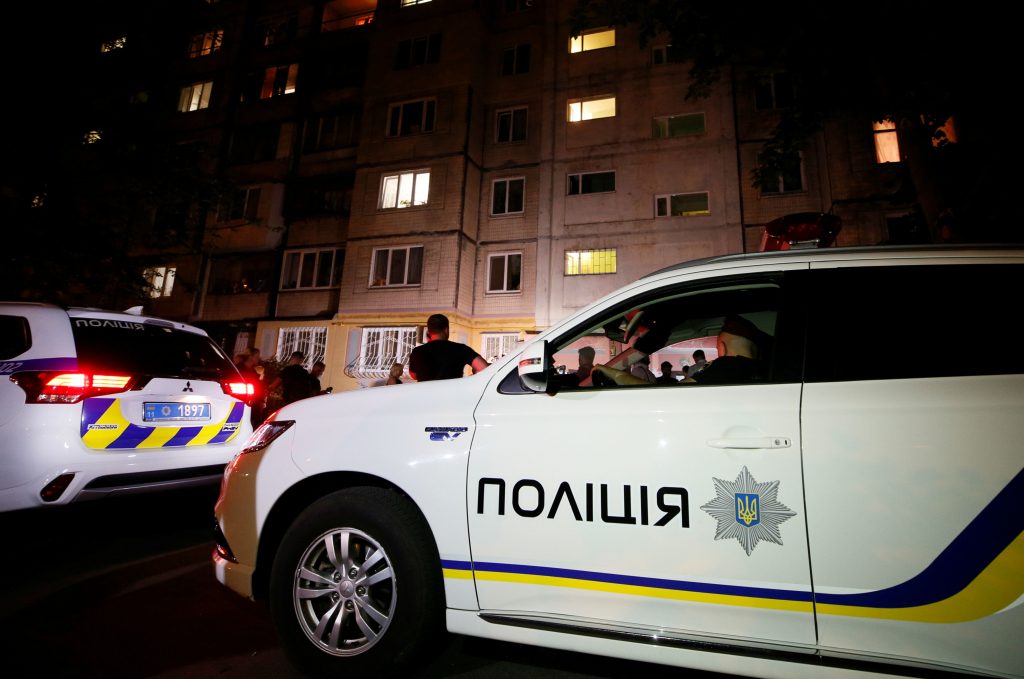 Police cars are seen parked in front of an apartment block in Kyiv, Ukraine May 29, 2018. REUTERS/Gleb Garanich

Police reform is still listed among Ukraine’s most successful reforms undertaken since the Revolution of Dignity, but it shouldn’t be. In 2014-2015, it served as a showcase demonstrating Ukraine’s progress. To be fair, some results had been attained by that point: the newly reshuffled patrol police force was more transparent, it demonstrated zero tolerance for corruption, and it enjoyed unprecedented public support.

But “police reform” was only about patrol police, who account for less than one-tenth of the entire National Police—that is, 12,000 employees out of 140,000. The criminal police force, which investigates all general criminal offenses and is responsible for public safety, has never undertaken reform. Despite government promises that other vital departments of the National Police will undergo a reform as decisive and fast as that of the patrol police, it never happened. Notably, public trust of the patrol police has dropped from 55 percent in 2016 to 40 percent in 2018.

Meanwhile, an effective and fully operational criminal police force is more crucial now than ever. Ukraine is still one of the least safe countries in the world: it ranks 107 of 149 states, according to the Legatum Institute. Due to the country’s poor economic conditions, the war in the east, the unmonitored trade of unregistered firearms, and Russia’s continuous attempts to destabilize public security, the rate of armed crime has grown significantly.

The police are incapable of responding to these challenges. In the past two years, there have been a number of attacks on journalists, politicians, and civic activists that have never been properly investigated, despite high levels of public attention. According to the latest statistics, the national police solve as few as 34 percent of registered crimes. Moreover, victims are normally persuaded or even forced to not file complaints, while at the same time, the police fail to respond to victims’ calls, refuse to give people the right to see investigators in charge of their appeals, and ask for bribes to speed up investigations.

Additionally, the criminal police not only fail to perform their duties; they also vastly abuse their power. Torture, illegal arrests, and misconduct at peaceful protests remain the most common police abuses. Regrettably, fewer than 100 of these cases are investigated annually, and fewer than thirty per year end in convictions.

It is fair to say that Ukrainians, de facto, live without police protection. This leads to a decreased level of public security, increased social tensions, and a perceived lack of justice. Statistics show that citizens resort to calling the police mainly in cases of serious violent crime.

Nevertheless, despite the urgency of the matter, reform of the National Police is no longer a priority, and there is no single government platform to unite efforts around it. This is explained by a lack not only of political will, but also of strategic vision and a specific plan for what police reform should look like.

“Effective Strategy on Interior Ministry Reform Until 2020” issued in November 2017 is a purely declarative document failing to include deadlines, key performance indicators, or responsible officials; moreover, the action plan it references that was due by February 15 has never been developed.

As experts rightly admit, the lack of a high-level advocate for reform leads to sporadic actions and turns it into a battlefield of different political forces. Despite some gains in this area often cited by the government, the law enforcement system, including the National Police, is not only unreformed, but opposes attempts to address its systemic problems.

Criminal investigation units have not undergone any significant reshuffle; they communicate with each other poorly, and 96 percent of employees represent the old system. An experiment launched in the summer of 2017 that aimed to unify operational and investigative units with detective units under one chain of command seems to have missed the mark: functional duties remain essentially unchanged, which makes detectives’ positions largely nominal.

The leadership of the National Police demonstrates a willingness to push reform forward, but lacks the ability to do so. Although the National Police has been formally separate from the Interior Ministry, Interior Minister Arsen Avakov retains a strong impact on the agency’s operation. He is the only stakeholder on whom reform of the ministry and the National Police directly depends. Unfortunately, Avakov has shown no interest in driving this process, while his chance of retaining influence in this area after the 2019 elections is high.

The solution is obvious. Other national and international leaders must press ahead.

Reforms should focus on five priorities.

First, the parliament should adopt draft law #4753, which amends the basic law on the National Police. As it stands, the basic law does not correspond to European standards and was criticized by Council of Europe experts for twenty-nine problems. This draft law could simplify internal procedures governing police activities and eliminate excessive bureaucracy. Additionally, it would help ensure the National Police’s actual independence from the Interior Ministry and other political influences.

Second, the parliament should unify operational and investigative units into with detective ones, institutionalize detectives, and ensure an actual redistribution of duties. It should differentiate criminal misdemeanors from serious crimes to enable the most qualified investigators to focus on grave offenses instead of being overloaded with minor ones.

Third, the Interior Ministry should develop and publicize a long overdue action plan to execute the above mentioned “Reform Strategy Until 2020”; simultaneously, together with the Cabinet of Ministers, it should ensure timely implementation of Cabinet Resolution #58, which changes the police’s key performance indicators from the percentage of detected crimes to the level of public trust.

Fourth, the State Bureau of Investigation, a new law enforcement agency with unprecedentedly broad investigative powers, also has an important role to play. It should stop police abuse and enable justice in such cases. Public experts, for their part, should continue participating in civic control bodies, particularly police commissions, and demand public reports on the progress of reform and investigations of high-profile crimes.

Fifth, international partners, who remain the only stakeholders both interested in reform and able to ensure its progress, should bring police reform back on the government’s agenda by conditioning further political and macro-financial assistance on its tangible results.

Police reform is anything but a quick win. However, with a systemic approach, it is exactly the kind of reform that gets noticed. It will immediately pay off and yield political gains, which in this pre-election year should appeal to most parties.

Olena Prokopenko is the head of international relations at Reanimation Package of Reforms coalition in Kyiv. She tweets at @O_Prokopenko_IR. Eugene Krapyvin is the coalition’s law enforcement reform expert.