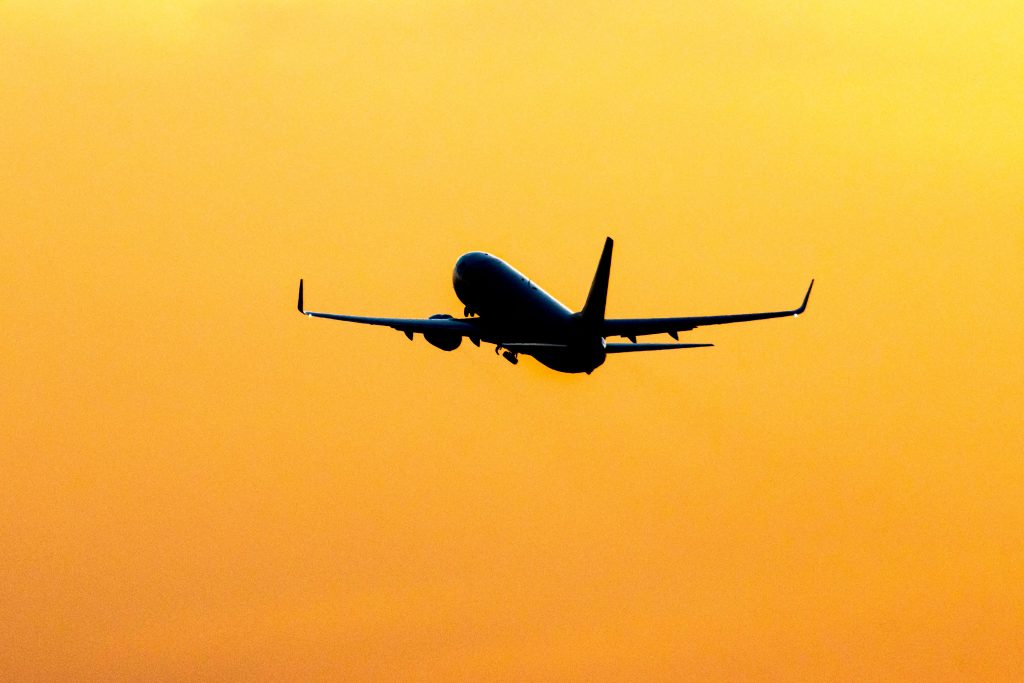 With Europe facing the prospect of a winter gas crisis, media coverage of the annual EU-Ukraine summit in Kyiv this week understandably focused on energy issues. However, the meeting also produced a landmark aviation agreement that has potentially major practical implications for Ukraine’s further European integration.

During their October 12 summit, Ukrainian and EU officials signed off on an Open Skies Treaty, or Common Civil Aviation Area Agreement, that effectively unites Ukrainian and European Union airspace. The deal comes following around 15 years of negotiations, with talks having earlier stalled when Ukraine became caught up in a spat between Britain and Spain over the status of Gibraltar.

The agreement removes a range of bilateral restrictions on routes between Ukraine and individual EU member countries. It is expected to significantly boost the number of services connecting Ukrainian and European Union destinations, while also encouraging new carriers to enter the Ukrainian aviation market.

These expectations appear to be more than justified. Hours after the signing of the Open Skies deal, leading European low cost carrier Wizz Air unveiled plans for a massive expansion of its Ukraine services, including the launch of 26 new routes by summer 2022 and the stationing of an additional seven aircraft in the country.

Wizz Air’s budget segment rival Ryanair is widely tipped to follow suit and announce similarly ambitious plans to bulk up its Ukrainian market presence in the coming weeks. Speaking in mid-September, Ryanair Group Chief Executive Michael O’Leary confirmed that he was actively considering “aggressive expansion” in Ukraine once aviation restrictions were lifted. “The one market I would point to is Ukraine,” O’Leary said following the annual Ryanair general meeting. “I would think we will be a major investor in Ukraine when they join up to European Open Skies.”

More flight choice and an end to carrier monopolies on popular routes will likely mean cheaper ticket prices and a wider range of travel options for Ukrainian passengers. The introduction of EU standards will also bring greater protections for Ukrainian consumers, including obligatory financial compensation and hotel accommodation in the event of flight delays or cancellations.

Ukraine’s regional airports also stand to gain from the creation of a common aviation area with the European Union. A number of airports in the country’s regional capitals have undergone comprehensive upgrades over the past decade, with Lviv and Kharkiv leading the way followed by more recent airport upgrades in Odesa and Zaporizhia.

Next in line is Dnipro International Airport, where work is currently underway on the construction of completely new terminal facilities and a state-of-the-art new runway. The Open Skies agreement will see an influx of carriers to these regional airports, while also providing a strong economic argument for similar modernization initiatives in other major Ukrainian cities.

Not everybody is thrilled by news of Ukraine’s new aviation agreement. Representatives of the country’s airlines have been highly critical about the terms of the new treaty, which they claim are uneven and provide European carriers with a number of unfair advantages. Among a long list of complaints, they point to the fact that European airlines are now able to enter the Ukrainian domestic market, while Ukrainian carriers will not enjoy the same access to the domestic markets of individual EU countries.

The Open Skies deal may be bad news for Ukrainian carriers, but it promises to have a considerable positive impact on the country as a whole. Over the coming year, Ukrainian passengers will likely witness a dramatic increase in the number of flight services on offer from an expanding range of international airlines. Traveling to destinations across the EU will become cheaper and more convenient than ever.

This will help restart the aviation boom that began in 2016 before being temporarily derailed by the coronavirus outbreak in spring 2020. In the four years prior to the disruption to international travel caused by the global pandemic, Ukraine experienced a period of consolidated year-on-year growth in passenger numbers as airports across the country unveiled additional routes on a monthly basis. During this period, annual passenger volumes at Ukraine’s busiest air hub, Boryspil International Airport, almost doubled from 8.65 million in 2016 to 15.26 million in 2019.

The key factor driving Ukraine’s air travel boom was the advent of visa-free travel to the European Union in June 2017. The removal of visa restrictions for Ukrainian citizens represented a huge psychological breakthrough for a nation that had previously grown used to cumbersome and often intrusive visa application processes that made international travel planning an inconvenient and unpleasant process.

Many Ukrainians saw the lifting of visa requirements as the single most meaningful step towards European integration following the country’s 2014 Euromaidan Revolution. The opening up of the EU to Ukrainian travelers had far-reaching practical implications, helping to broaden horizons and enabling unprecedented levels of interaction between Ukrainians and their European neighbors.

This process of grassroots European integration will now receive a considerable boost thanks to the enhanced connectivity brought about by the Open Skies agreement. With a wider variety of flights at lower prices from a greater number of Ukrainian cities, the country will inevitably become more deeply integrated into the wider European community.

Millions more Ukrainians will be able to conveniently travel across the EU for work, study, and leisure, while record numbers of EU citizens will come to Ukraine and get to know the country for themselves. This will have a tangible impact on European perceptions of Ukraine, while also serving to strengthen Ukraine’s own sense of European identity.

Image: The Open Skies aviation agreement signed in Kyiv on October 12 will strengthen connectivity between Ukraine and the EU while significantly enhancing Ukraine's ongoing European integration. (Photo by Nicolas Economou/NurPhoto)