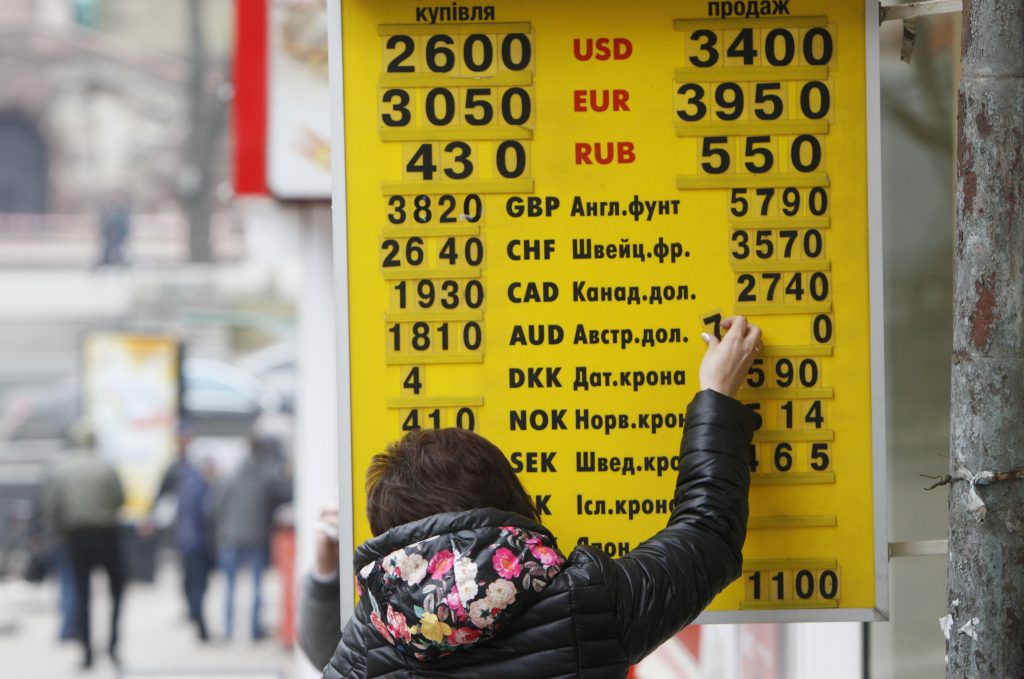 Ukraine: What Went Wrong and How to Fix It, the new book by Anders Åslund of the Peterson Institute for International Economics, presents so compelling an argument that—even before publication on April 17—it has already persuaded the International Monetary Fund (IMF) and Western nations to adopt a $40 billion economic stabilization program for Ukraine. This is because policy makers at the IMF and in key capitals take Åslund seriously. Long the preeminent expert on Ukraine’s financial shenanigans and economic dysfunction, Åslund has also been a constant advocate of truly radical reform, offering trenchant critiques of half-hearted efforts in 2014 by Kyiv, the IMF and bilateral donors.

As the country prepares for the imminent spring offensive from Russia’s military agents in eastern Ukraine, this bigger, better IMF-led package is as vital a step for Ukraine’s salvation as still-hoped-for military assistance. Åslund’s eminently readable book explains what the international financial lifeline is and does by describing the many bad decisions that have dug the deep hole out of which Ukraine is trying to climb. It also makes clear that the current effort depends on Ukrainian follow-through on the promise of reform articulated in recent legislation. To quote the very first page, a “root cause of Ukraine’s problems is pervasive corruption.” Åslund states quite simply: “failure can be assured by doing nothing.”

No fewer than ten IMF programs have tried to help Ukraine since 1994, but not one was completed. The culprits were hesitation, fecklessness, infighting, and crude self-enrichment by Ukrainian leaders. Now, confronted by the full-blown crisis of Russian aggression—military invasion, a trade blockade, relentless and baldly mendacious propaganda intended to weaken the Ukrainian people’s own resolve to withstand the aggression—Ukraine’s elected leaders have come together in a way that is quite unusual to articulate a sensible economic stabilization plan worthy of international support if it is implemented. And polls show the Ukrainian public is willing to bear the burden of painful reforms.

To remain deserving of this help, and to sustain the forbearance of their people, the government must take swift action. For unless Ukraine becomes the better-governed country its people and its many friends in Europe and North America have long pined for, the tenuous coalition to defend Ukraine from Russia’s aggression—even if its only real tools are economic sanctions at this point—will fade away. The most pressing tasks are to restructure the energy market as Åslund suggests, enact and enforce legislation to break up the monopolies and oligopolies that dominate Ukraine’s economy, as some reform-minded members of Parliament are beginning to discuss, and prosecute some of the most egregiously corrupt officials.

While many governments claim to battle corruption by prosecuting political adversaries, the Kyiv government may—time will tell—be prepared to go after currently serving officials.  The melodramatic and televised arrests last month, during a meeting chaired by Prime Minister Arseniy Yatsenyuk, of the two most senior officials in the Emergency Services ministry could lead to proper prosecutions and restitution of the allegedly stolen funds.  The more recent dismissal of the billionaire Governor of Dnipropetrovsk, Ihor Kolomoyskyi, may mean that President Petro Poroshenko will seek to bring even the “good oligarchs” to heel.  It is vital that these flamboyant gestures lead to systemic and meaningful change.   Without swift, substantive fact-based legal action in a manner consistent with due process, the world’s attention—and money—will move on to places with more serious governments.

In a recent talk at the Peterson Institute, IMF First Deputy Managing Director David Lipton noted that the sorry saga of Ukraine since independence in 1991 is “a story of too many missed opportunities and bad decisions” by successive governments, whether they have been inclined to the West or toward Russia. Ukraine gained independence a quarter century ago with per capita income higher than Poland’s; the figure today stands at 60 percent of Poland’s. Lipton noted that there are critics of the IMF decision to provide aid to Ukraine given the country’s miserable track record. However, he said of the IMF, “our job is to help members in crisis.” And, he said, this government has a solid plan and “determination.”

In an illustration of this seriousness of purpose, the government raised home heating tariffs dramatically in the middle of a deep and prolonged recession on April 1. In return, however, the current IMF package only provides enough assistance to keep Ukraine from going off the cliff, but not enough to lead the way to sustained growth. Åslund has noted that the IMF’s March program still needs governments or the markets to provide additional debt relief or new loans to get Ukraine really moving forward toward job creation and sustained economic output. At least $8 billion of the $40 billion package is still unfunded.

Also unfunded is the Ukraine Freedom Support Act of 2014, enacted with fanfare late last year. The time is nigh for the Obama administration and the Republican-led Congress to enact commensurate appropriations to give that bipartisan American commitment real meaning. Saving Ukraine from financial collapse will require additional action by the United States, IMF and Europe, but most of all by the Ukrainian government. Heeding the advice of Åslund, as presented in this new book, is a good place for all of us to start.

Thomas O. Melia is the Executive Director of Democracy International. From 2010 to March 2015, Melia served as US Deputy Assistant Secretary of State and co-chair of the US-Ukraine Political Dialogue/Rule of Law Working Group.

Image: A woman changes an exchange rate on a display board at a currency exchange office in Kyiv February 26. A separatist war in the east of Ukraine has made it difficult to stabilize an economy on the verge of bankruptcy, and the hryvnia currency has already lost more than half its value so far this year after halving during all of 2014. (Reuters/Valentyn Ogirenko)