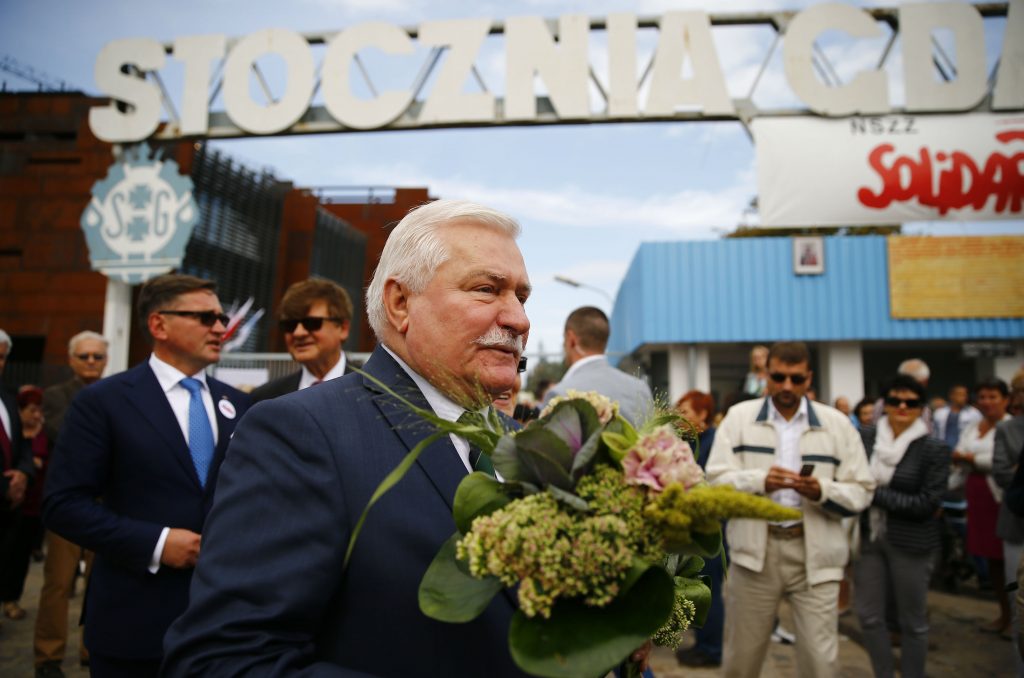 For Poles who planned and participated in the revolution of the 1980s, the key was to be ready for the window of opportunity—have an idea, clear demands, a plan for reforms, and ready leaders. On average, a country is presented with a chance for change every fifty years. Ukraine seems to be an exception and gets its chance every ten years. It took Poland several attempts to be more independent and prepared. Over the course of 124 years, Poland saw an uprising and unsuccessful attempt to return independence every thirty years. Each generation wanted this and was ready to do this. The Warsaw uprising of 1944, the Poznan 1956 protests, the student demonstrations of March 1968, the Polish 1970 protests, the 1976 workers’ protests, and the Solidarity strike of 1980—all these attempts prepared Poland for the right moment.

Poland didn’t have one leader. Lech Wałęsa was a hero. There were many leaders, including deputies and deputy assistants. The latter were tasked with preparing to lead and continue the cause if the first two levels were arrested or killed. Such preparation should be based on teaching values and responsibility to the country. And when the time comes to make a change, it’s important to have many candidates for public service.

In the preparation stage, self-education plays a critical role. Poland published nearly a thousand different weekly underground newspapers, even though someone caught working at one could be imprisoned for three years during martial law. This meant that censorship was ineffective.

Poland had discussions about reforms five years prior to 1989. They were held in prisons, universities, and education clubs. That meant that at the moment of change, Poland was ready for reforms.

When it’s time to implement reforms, it must be done quickly. The Balcerowicz plan was implemented in ninety days, while local self-government reform was done in 180 days after the formation of the first government. The implementation of reforms is critical in the first days because that’s when people are willing to make sacrifices. After Poles won the revolution, they didn’t return home but instead embarked upon reforms. Their next task was to make real changes at the local level. With reforms, the first ten years are the hardest because it’s not fully clear what impact they have.

At a time when Moscow wants Ukraine to focus on war, Kyiv’s future depends on carrying out reforms. Otherwise, it will not only lose the opportunity presented by the last revolution, it will also jeopardize its independence. Ukraine’s path toward sustainable growth is through local self-government and education reform. It’s another philosophy of nation-building and another way of assuming responsibility for a community, instead of waiting for the central government to do everything. Decentralization is not only the most critical reform for Ukraine, but it’s the cheapest option.

Without these reforms, Ukraine will always be waiting for a strong leader. If it doesn’t want to wait for the “good Tsar,” the only alternative is to transfer authority to local governments.

In April-May 2014, constitutional decentralization seemed to have been within reach. Unfortunately, that didn’t happen. The two reforms that were implemented were amendments to tax and budget codes, which allocated funds to local authorities and unified territorial communities.

Real changes are happening in Ukraine where there are unified communities. They have real authority, money, and make local policy. In more than forty cities across Ukraine, citizens are now more actively engaged thanks to the participatory budgeting mechanism; they get to vote on and submit various development projects. People need to have an opportunity to count the money, make decisions, and make mistakes along the way. But these will be their own mistakes, not the president’s, and they will learn from them. Only when people feel responsible and form unified communities in at least half of Ukraine can we say Ukraine’s reforms are irreversible.

There is no need to convince people of the importance of having a strong local self-government. They understand it and are ready for it, but they have one condition: assurance that it’s the real deal and not a joke.

The second important reform is education. A school is the first public institution where a relationship between the individual and the state is formed. People are willing to pay to improve the quality of education for their children. Poland drastically improved the quality of its education by transferring it to local self-government. Schools must become community cultural centers, be open to NGOs and parents, teach beyond the classroom walls, and have democratic procedures, including student self-government councils, parent-teacher associations, and teaching councils.

In conclusion, the Polish local government reforms were successful because they were apolitical. The Polish cities had professional mayors, not politicians. Poland’s experience demonstrates the need to remove politics and party affiliation from municipal governance and find people ready to work as professionals without political ambitions.