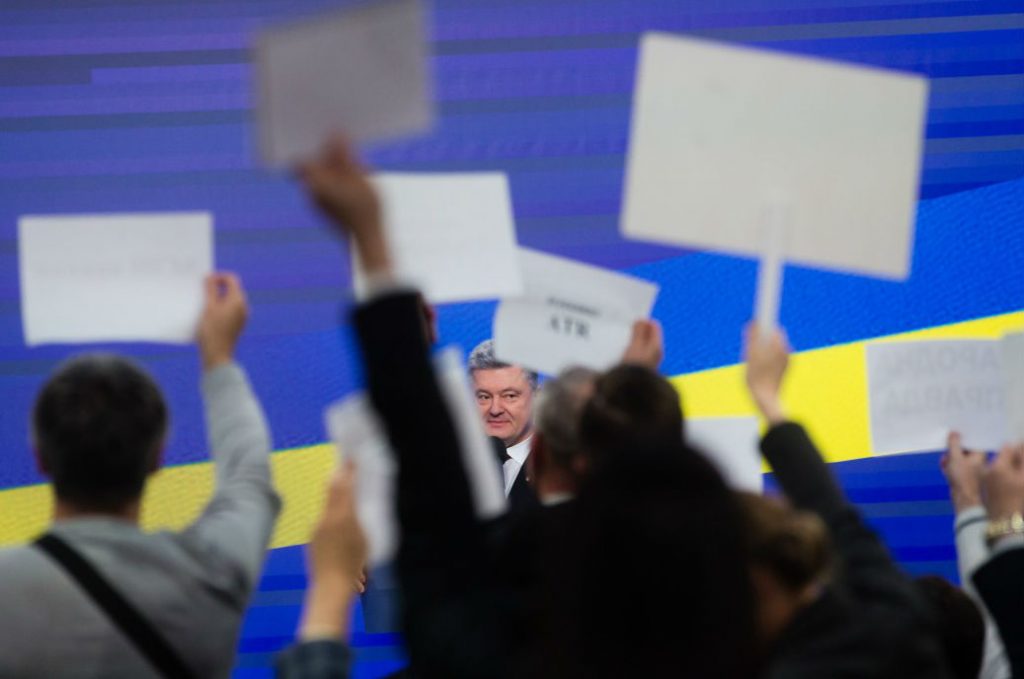 NABU faces one huge obstacle however: Ukraine’s hopelessly corrupt judicial system. A study from the Anticorruption Action Center (AntAC) and the Reanimation Package of Reforms found that judges use a wide variety of techniques—from denying search warrants to preserving official positions for people who are NABU suspects—to hinder investigations. The results are clear: Despite sending hundreds of investigations to court since 2015, NABU has been unable to obtain any major convictions.

Creating a truly independent anti-corruption court that would adjudicate NABU’s cases and finally allow Ukrainians a chance to hold their corrupt politicians accountable is the final step. A draft law creating an anti-corruption court is winding its way through the Rada, and AntAC advocacy officer Anastasia Krasnosilska says she expects a final vote on the bill will occur on or after June 5.

The success or failure of an anti-corruption court however will ultimately come down to the selection of its judges. At an absolute minimum, the international community must have the ability to veto the appointment of unqualified judges.

Ukraine’s foreign partners want the law to require a minimum of twenty votes to override a CIE veto. Since the CIE would possess seven of the twenty-three votes, internationals would easily be able to prevent their vetoes from being overridden. However, Poroshenko’s team wants the law to require only sixteen votes to override a veto, meaning that if all the members of the High Qualification Commission band together they could override the CIE veto.

Krasnosilska is cautiously optimistic, pointing out that Yulia Tymoshenko’s Fatherland party, most of People’s Front, Samopomich, and even part of Poroshenko’s bloc want a law that gives international experts a strong blocking minority. “They feel the level of public demand and see no way to ignore it,” argues Krasnosilska. “It’s really mostly Poroshenko and his close allies who want to prevent the creation of a truly independent anti-corruption court.”

The West shouldn’t get too excited though. Krasnosilska points out that while the current draft law outlines the structure of an anti-corruption court, it doesn’t officially create it. “One more bill from Poroshenko is actually needed to create a court and according to the Constitution, that one still must be reviewed by the High Council of Justice prior to its submission to the Rada. Poroshenko may try to postpone this second bill to autumn, thus further dragging out the process,” she said.

Furthermore, it’s also arguable that the only way to truly ensure an independent anti-corruption court is to allow international experts to be directly involved in the recruitment and selection of judges, perhaps even composing a majority of the selection committee. Otherwise, the High Qualification Commission can simply nominate one unqualified judge after another, and while the CIE could veto appointments each time, a stalemate would then ensue, further delaying the establishment of a court that is already delayed.

It’s clear the combination of NABU and a truly independent anti-corruption court would be a game changer in Ukraine’s fight against corruption. It’s imperative that Ukraine’s Western partners and donors ensure this happens.