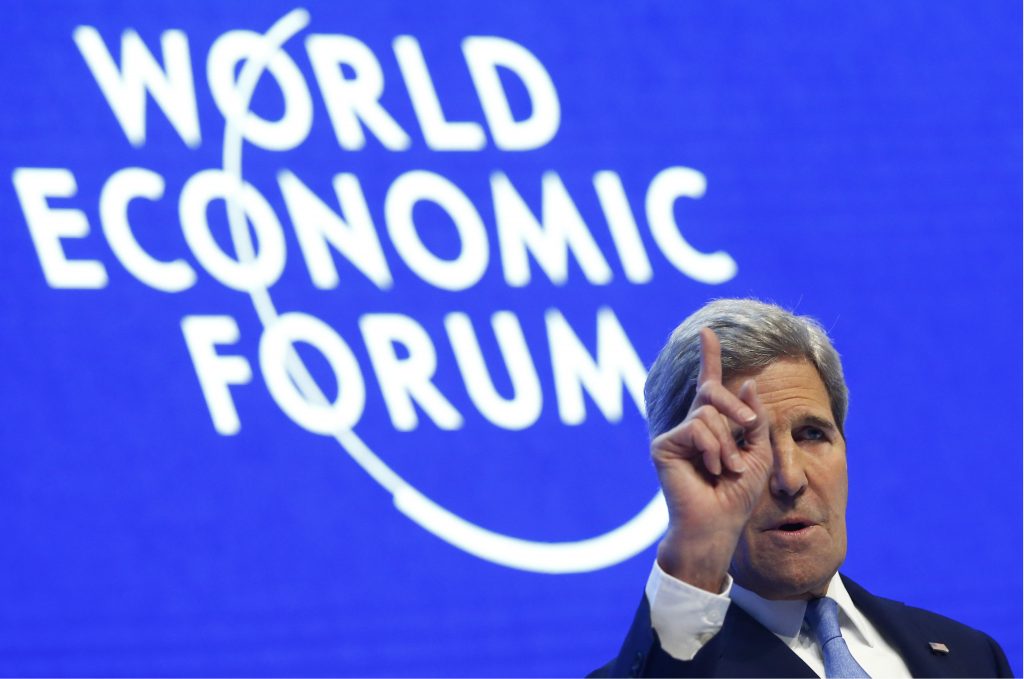 The recent backroom bilateral talks between the United States and Russia about Ukraine have caused anxiety in the region, raised hopes that sanctions could be lifted, and elevated Russian President Vladimir Putin’s status to super power level.

Since the bilateral talks and optimistic statements by US Secretary of State John Kerry about possible peace in Ukraine, Russian proxies in Ukraine responded by moving people and weapons westward from Donetsk and re-escalating violence near Mariupol, according to the Ukrainian Defense Ministry.

Clearly, offering an olive branch doesn’t work. Only tightening the noose will.

“European and American sanctions must remain in place,” said former US Ambassador to Ukraine John E. Herbst in an interview. “The United States should also provide Ukraine with defensive lethal weapons to protect itself against Russia’s ceasefire violations and to emphasize that another offensive could be easily achieved.”

In addition, future talks involving Ukraine should involve Ukraine. Europe’s largest and besieged nation should not become a pawn in some two-way geopolitical chess game concocted by Putin.

More importantly, Washington must not fall for Russia’s attempt to conflate the Ukrainian and Syrian crises. Russia is not a solution in either conflict, but an aggressor, directly in Ukraine and indirectly through its support and arms sales to Syrian President Bashar al-Assad’s murderous regime.

The West must not waver when it comes to sanctions. They are working and undermining Putin’s support at home. His cronies and corporations are denied access to credit. The ruble has cratered, along with oil prices, making imports and travel unaffordable for Russians.

“Russia’s attempt to have Western sanctions removed over Ukraine is a ‘race against time,'” said billionaire George Soros recently at Davos. “Russia is in a very, very weak position. It has enough reserves that it can last a couple of years… and in 2017 a lot of debt comes due.”

Moscow’s budget deficits soar, and social spending has been cut, leaving only shrinking foreign reserves to keep the lights on. Soros says there is $360 billion left, others say there’s only half that amount left.

The current situation “actually violates the social compact that has made [Putin] so popular, which is basically financial stability and a slow but steadily rising standard of living. He has to do something about it … [before] the impending collapse of the Russian economy,” said Soros.

Putin’s woes are why Kerry’s ebullient statement at Davos that sanctions could be lifted this year was unhelpful, handing him a victory at home without cost.

“Unfortunately, Kerry expressed this position in an upbeat way designed to make it appear more acceptable to Moscow,” wrote Herbst. “As we have sadly learned, since the invasion of Crimea nearly two years ago, conciliatory gestures and language have not persuaded Moscow to do the right thing.”

There are some faint signs of capitulation from the Russian side, he added. Fewer ceasefire violations have occurred since September, local leaders in Donetsk and Luhansk breakaway regions have mysteriously died, and more moderate Russian negotiators with close links to Putin have been appointed.

“My sense is that the Kremlin will try in the next few months to insist on Ukraine’s passing constitutional reform that gives the Luhansk People’s Republic and Donetsk People’s Republic an effective veto over Ukraine’s foreign policy—a complete non-starter,” said Herbst. “Once this gambit fails, the Kremlin will have to decide whether its goals in the Donbas are worth the economic pain.”

With Russia on the ropes, Ukraine and the West are well advised to simply play a waiting game, and reinforce Ukraine’s military capability. Kyiv must be able to better defend itself against an escalation, or, alternatively, to start to claw back territory from a weakened adversary.

Clearly, now is not the time to placate Putin especially since it appears that he has, at last, begun to corner himself.