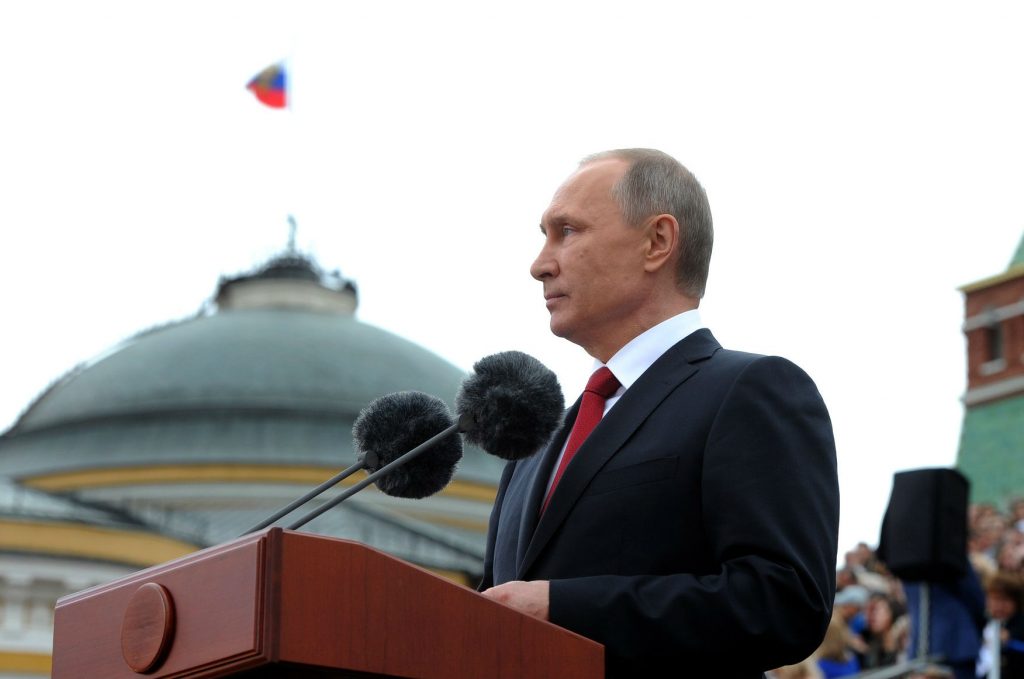 Two and a half years after the Russian invasion of Ukraine, too many public figures in the United States and Europe still seem unable to decipher Russia’s motives. Russian Foreign Minister Sergei Lavrov recently told a Bosnian newspaper that NATO’s readiness to extend membership to Montenegro and welcome Bosnia and Macedonia was not only a mistake but also a provocation. At a recent meeting, a European political figure professed that he could not begin to understand why Lavrov and his government feel this way. Neither is he alone. Far too many people in public life seem unable to grasp the motives driving Russian behavior.

Nobody in his right mind could believe that Bosnia, Macedonia, and Montenegro threaten Russia or its vital interests or that NATO can threaten Russia. Mustering eight battalions to defend its front-line allies by 2017 hardly constitutes evidence of a threat. Yet for Russia, the self-determination of these polities represents a threat. This is because Moscow’s actions in Ukraine and elsewhere in Europe strike at a triple target. The ancient Roman phrase about how the emperor sustained his popularity by giving the population bread and circuses applies here. The first target is the domestic one of ensuring that by promoting imperial adventures Putin retains power. Imperial adventurism is now the precondition for preserving Putin’s system and if the former is thwarted by the latter, it must either reform—which it clearly refuses to do—or go under.

The second target is Ukraine and all other post-Soviet states. Putin and his inner circle have frequently made clear that they believe these states have no real sovereignty nor is their territorial integrity worthy of consideration out of anything beyond expediency. But if Ukraine, from which Moscow derives its claim to rule over all “the Russias,” repudiates Moscow, Putin’s legitimacy as restorer of the empire and its great power status is instantly exposed as hollow. Ideas of democratic self-government will enter Russia through Ukraine’s success. Therefore, Ukraine’s reform project must be quashed, especially because the Russian elite view Ukraine as “little Russia,” which has no business claiming independence and no capacity for rule outside Russia.

The third target is European integration. Historically European integration was Russia’s gravest security threat. But integration under Napoleon, the Hohenzollerns, or Hitler is one thing. Democratic integration under the EU and NATO threatens nobody except kleptocratic autocrats who cannot succeed without the incitement to permanent conflict and imperial games. Therefore, if we are to understand Moscow’s mindset, it becomes clear that Bosnia, Montenegro, and Macedonia cannot be allowed to achieve genuine self-determination and security through European integration. A Europe divided into two poles and spheres of influence cannot reach the “finality” desired by the EU and NATO and must be kept permanently in a state of conflict. In this sense, to quote the American publicist Randolph Bourne, war is the health of the state for Russia.

Accordingly, Balkan integration is another nail in the coffin of Moscow’s imperial project because it reaffirms the right and capabilities of free people to govern themselves and choose for themselves whether or not to be part of a larger political project. Even the integration of these three relatively insignificant Balkan polities represents a mortal threat to Russia’s self-defined worldview and political self-projection. For Russia and Putin’s system to be secure, the rest of Europe must not be secure and integration must remain an incomplete, suspended project. Russia defines its security as incompatible with the rest of Europe and its sovereignty above that of former Warsaw Pact members. Like so much of the Brezhnev-era stagnation, the Brezhnev doctrine of diminished or truncated sovereignty remains alive in Russian policy. So it is not surprising that Putin’s press secretary, Dmitry Peskov, said that Brezhnev is not a minus for us.

Only when European politicians understand the Russian worldview and the forces that motivate its policies will they stop taking for granted that we have common interests or problems that we and Russia must find a way to solve. Peaceful coexistence is the most that can be attained and that too broke down due to Soviet aggression. If European leaders insist on dialogue with Russia simply because it is a neighbor, they will get nowhere. Unfortunately for Moscow, the dialogue it claims to seek with the West has no basis in fact since Russia denies the fundamental principles that animate the West and that now include much of Eastern Europe. As long as Moscow regards democracy as a mortal threat, genuine dialogue, as opposed to what diplomats call an exchange of views, is not only unlikely, but also impossible.

Stephen Blank, a UkraineAlert contributor, is a Senior Fellow at the American Foreign Policy Council.