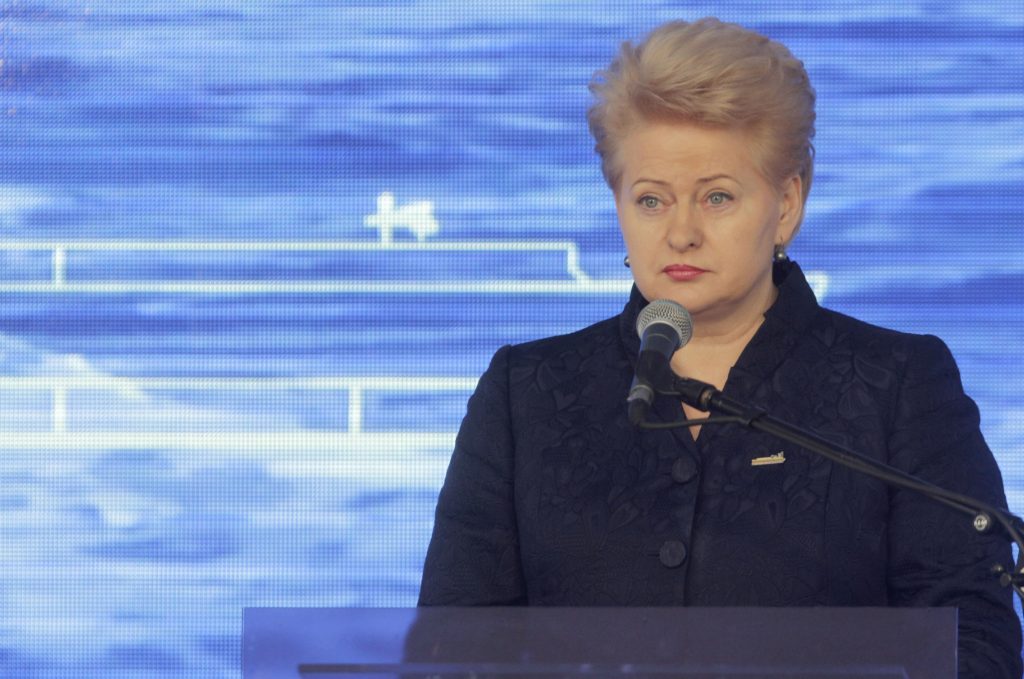 Although Russia’s economy is reeling and its military forces are increasingly engaged in Syria and Ukraine, NATO commanders, governments, and analysts are concerned that Russian President Vladimir Putin’s adventurism has not run its course. Most anxieties focus on the Baltic states as Russia’s next potential military target.

Russia has many advantages in the Baltics. The situation of Russians there, particularly in Estonia and Latvia where many Russians remain non-citizens, provides Moscow with an issue with which to stoke tensions. Russia’s Federal Security Services have also devoted considerable attention to recruiting Baltic businessmen, politicians, and former members of their ranks. Russian intelligence penetration of these states is at a high level, as is its media influence. And it dominates the supply of energy and electricity to the Baltic states, and has not hesitated to use that leverage to influence these nations.

Furthermore, Russia’s conventional and nuclear deployments cover the entire Baltic Sea area. From its fortified base at Kaliningrad, Russia can project power not only into the Baltic Sea but also to Poland and even Germany.

By all accounts, Russia enjoys a wide margin of conventional superiority over NATO. Indeed, NATO commanders publicly and privately profess that given the strength of Russia’s capabilities on land, sea, and air, NATO would suffer enormous casualties in any effort to defend the Baltic states from attack. And given the publicly discussed defects in NATO and individual Western intelligence cited in Western media, it would be relatively easy for Moscow to launch an invasion during one of its vaunted “snap exercises” without the United States detecting it in time.

Despite NATO’s stepped-up activities since the 2014 Wales Summit, the fact remains that the there are fewer US forces in Europe today than there are policemen in New York City. While Baltic governments clearly appreciate Washington and NATO’s responses to date, much more needs to be done. NATO deployments and increased defense spending could contribute to a significant upgrading of its defense capability to deter or at least seriously delay a Russian invasion. Similarly, if Finland and Sweden’s collaboration with one another and with NATO grows, the strategic equation in the Baltics might change as well.

Poland and Lithuania are opening LNG terminals and a series of interconnectors to reduce Gazprom and Moscow’s power and gain genuine energy security based on diversification of supply. Latvia is also pondering new energy legislation and is building storage infrastructure. To the degree that exporters send more LNG and shale gas to the Baltics, and that Europe completes the program of interconnectors, it will become possible to reduce Russia’s leverage over gas supplies to Central and Eastern Europe.

All of these trends spell negative results for Moscow and heighten the possibility of some form of Russian strike against one or more Baltic state. A main goal will certainly be to undermine these countries’ ability to defend their sovereignty and territorial integrity, and ultimately to fracture the cohesion of European integration in the EU and within NATO, as well as Baltic peoples’ belief in those institutions.

It is important to think about how a Russian attack might begin. Russia might launch a concerted series of probes, initially of a non-military and non-kinetic nature, to prevent the utilization of the new Lithuanian terminal at Klaipeda, stop Latvia from passing new energy legislation, or prevent deployment of larger and more capable NATO forces in any of the Baltic states.

Initially, we might observe a massive press campaign against the Baltic states’ alleged violations of human rights, attempts to place them “in the dock” of global opinion, heightened efforts to make energy deals with Germany to bypass and isolate the Baltic states and other European nations that support them, and a noticeable upgrade in intelligence collection in targeted areas.

As tensions rise, we might conceivably see more overt rhetoric and exercises involving Russian long-range bomber aircraft, submarines, and nuclear weapons directed against the United States, Sweden, Finland, Denmark, Germany, the United Kingdom, and the Baltic states, as well as public rhetoric about nuclear deployment in Kaliningrad. US intelligence capabilities will probably detect signs of mounting readiness.

And while all of this political and intelligence activity is going on, non-military operations might manifest a growing intensity leading to strikes, demonstrations, and even riots. That might include the incitement of an incident directed against Russians to prove that the Baltic states have lost control, thus justifying a Russian intervention.

Additionally, a very large kinetic scenario is a real possibility. That might include the use of all forms of electronic and information warfare, to include denial of service, cyber crime, and takedowns of entire communities and even governments, as Russia attempted in Estonia in 2007 and Georgia in 2008.

Finally, it is likely that we would see snap exercises, plus some combination of Russia’s power projection forces go into operation to seal the Baltic Sea and seize territories. As those forces moved, we would also see the concurrent formation of a supposedly more democratic but actually Russian-organized government in the conquered territories.

Since war is the most unpredictable of phenomena, events could go in many different directions. But the course outlined here has the virtue of utilizing well-known Russian tactics and instruments. What is crucial is that the overall Russian strategy is not primarily a military one. That instrument comes into play only after a long softening up period of massive non-military pressures is used to collapse internal resistance. Ukraine is an extreme example, but this has been visible in past Russian takeovers.

Bearing all of these facts in mind, it is apparent why a larger-scale, robust, conventional deterrent is needed in Poland and the Baltic states, and why Nordic collaboration with NATO should be strengthened. A campaign to reinvigorate the economies and governance of Europe is equally essential. Indeed, if governance in Central and Eastern Europe fails due to corruption, subversion, or economic and political breakdowns, Russia will find it much easier to achieve its goals with little military force. Thus the strategy must not be only a military one. Politics and economics are equally important, just as they were when the West faced the Soviet threat seventy years ago.