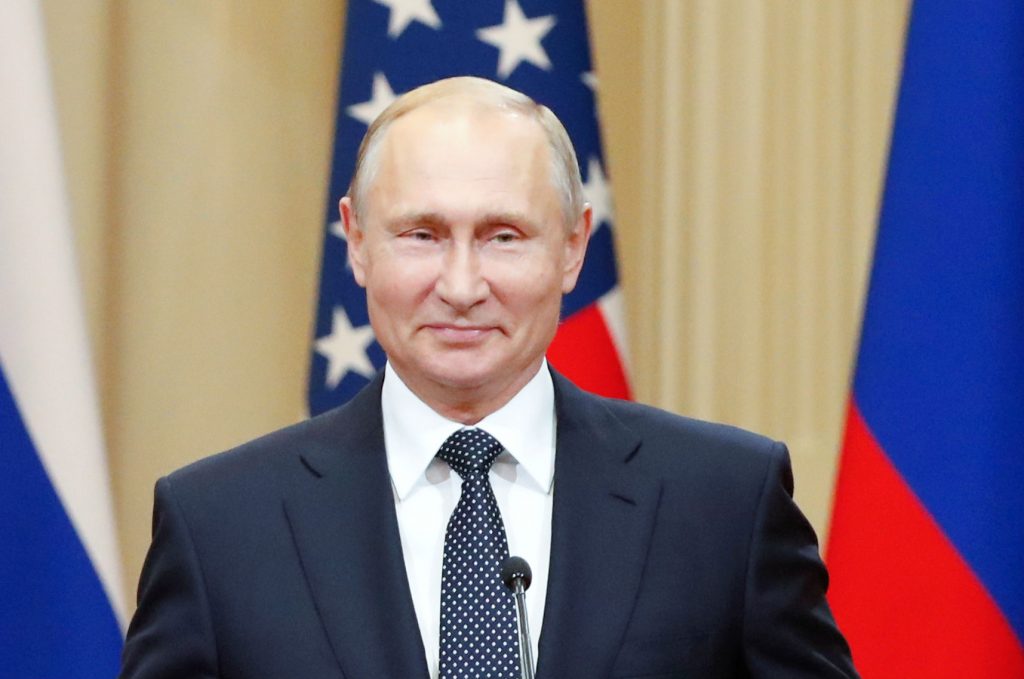 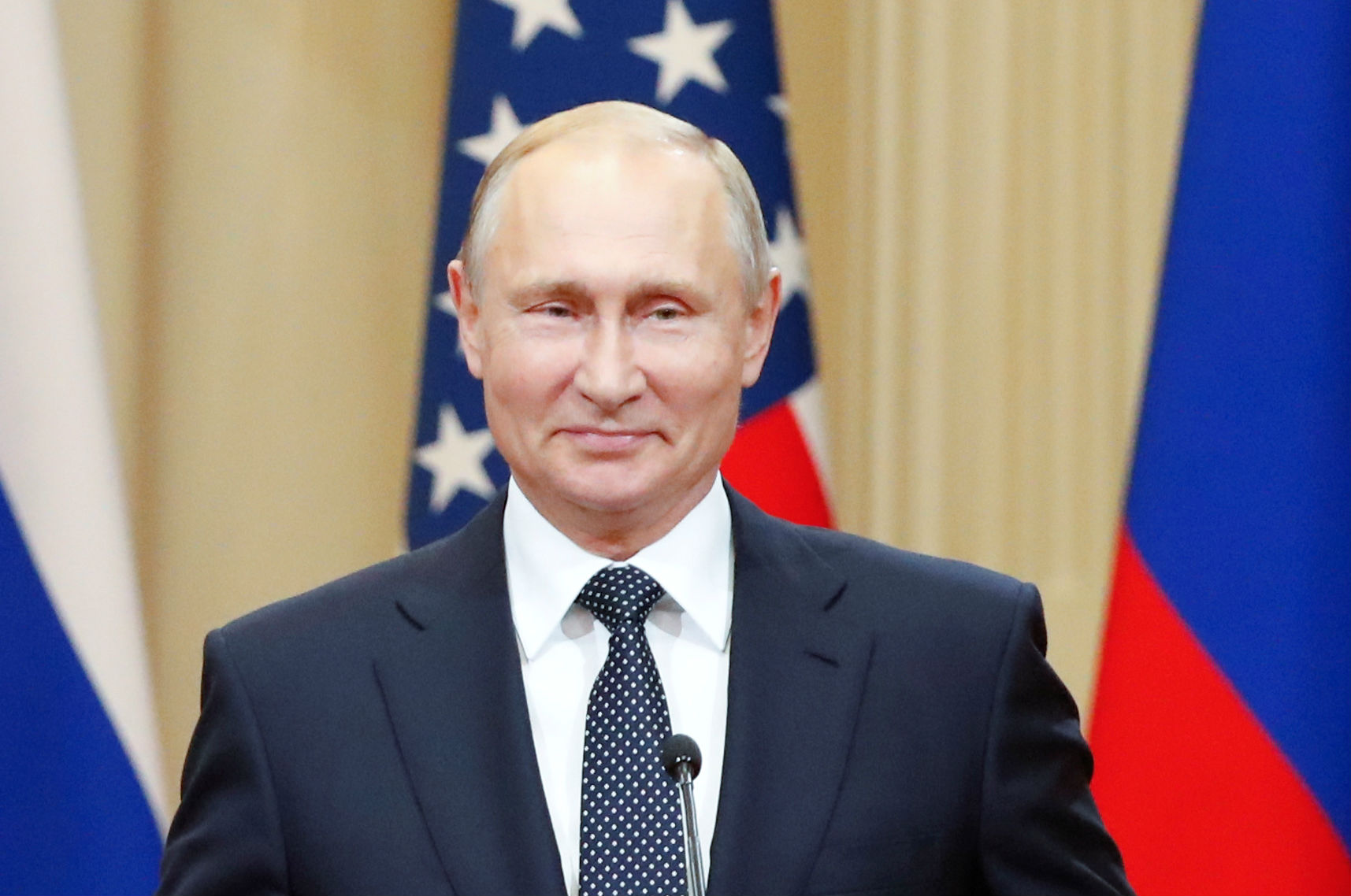 On July 16, as US President Donald Trump met with Vladimir Putin in Helsinki, Trump revealed just how little he knows about modern Russia or its leader. While US intelligence agencies have said the Russians interfered in the 2016 presidential election, Trump shocked the world by siding with Putin, who denied everything. “I don’t see any reason why it would be [Russia],” Trump said in Helsinki. The next day, he tried to take it back and said he meant “would not,” but few are buying it.

When asked by a journalist if there’s anything he holds Russia responsible for, Trump said, “I hold both countries responsible.” Both countries are not responsible for interfering in numerous elections, the downing of flight MH17 that killed 298 people, the illegal annexation of Crimea, the invasion and occupation of the Donbas, the invasion of Georgia, and the poisoning of a former KGB agent in Britain. It seems the president might need to brush up.

We asked our experts and smart Russia hands for their top three books or articles about Vladimir Putin and modern Russia.

Christian Caryl, The Washington Post and Newsweek’s Moscow bureau chief from 2000 to 2004:

Vladimir Sorokin, Day of the Oprichnik: A gloriously dark novel by Russia’s leading surrealist writer. In a not-too-distant future, a neo-tsarist Russia is run by a caste of secret policemen who are at once ultra-corrupt and hyper-nationalistic. Sound familiar? Precisely because it’s a satire, it captures the anomie of Putin’s Russia better than a host of more conventional books.

First Person, Putin’s 2000 autobiography. Though it was intended as a PR project, this book is still one of the best guides to the man and his mentality. Among other things, it shows in detail how his career in the KGB shaped his mindset and his conception of Russia’s great power status.

Vladimir Sorokin, Day of the Oprichnik: Russia’s future is medieval. The year is 2028. Andrei Danilovich Komiaga, our protagonist, snaps a fresh dog’s head onto the hood of his red “Mercedov” and is off on state business: putting down “sedition,” enriching himself, and getting high.

Karen Dawisha, Putin’s Kleptocracy: Who Owns Russia? It chronicles the rise of Vladimir Putin during his time in Saint Petersburg in the 1990s.

Ariel Cohen, Russian Imperialism: Development and Crisis: The fall of the Soviet Union was one of the most dramatic events of this century. It was also one of the most surprising. Perhaps because many Sovietologists neglected its status as an empire, most Americans were taken completely by surprise when the USSR began its precipitous collapse under Mikhail Gorbachev. This book subjects the Soviet Union as an empire to systematic scrutiny.

Steven Lee Myers, The New Tsar: The Rise and Reign of Vladimir Putin is an excellent biography that describes Putin’s early education, career, and political rise which molded not only his leadership style but also shaped modern Russia.

George F. Kennan in “The Sources of Soviet Conduct” (Foreign Affairs, 1947) first advocated for containment of the Soviet Union. Containment was proved right by history, and now should be revisited as a policy for dealing with revisionist Russia.

Agnia Grigas, Beyond Crimea: The New Russian Empire traces the Kremlin’s playbook in land grabbing, election meddling, cyber and information warfare in Ukraine, Georgia, and other post-Soviet states. The lessons learned are now being applied to the West, including to US and European elections.

The problem of suggesting a reading list for a president who reputedly doesn’t read is easily circumvented in this situation. The best book on Putin is co-authored by his Russia hand on the NSC, Fiona Hill: Mr. Putin: Operative in the Kremlin. It’s is a one-stop shop for anyone looking to get up to speed with what’s happening in Russia. Having meals with Dr. Hill for a few days in a row ought to suffice.

But if we’re indulging this fantasy of a reading POTUS, I’d recommend two more:

George Kennan’s magnificent monograph The Marquis de Custine and His “Russia in 1839” crisply tells the story of a French aristocrat who, revolted by the changes at home following the Revolution, goes to visit an autocratic Russia which he idealizes, only to be horrified by the country he encounters.

Time is short in the Oval Office, so sometimes an article must suffice. George Walden, a British diplomat with extensive experience in Russia, reading the memoirs of Lord Vansittart, a man who clearly saw the German threat during the Weimar period, sees striking parallels with today’s Russia—a “profoundly sick country.”

Christopher Miller, Assistant Professor of International History at The Fletcher School of Law and Diplomacy and Director of the Eurasia Program at the Foreign Policy Research Institute:

I’d start with Angela Stent’s The Limits of Partnership, which shows that every president since the end of the Cold War has come to office trying to improve relations with Russia. Trump would benefit from learning why this hasn’t worked. Second, Fiona Hill and Cliff Gaddy’s, Mr. Putin: Operative in the Kremlin, is an excellent analysis of Putin’s rise to power. Third, The Long Hangover: Putin’s New Russia and the Ghosts of the Past, by Shaun Walker, explains how Russia’s post-Soviet identity crisis drove it to war against Ukraine.

The president should read his senior director, Fiona Hill’s, book: Mr. Putin: Operative in the Kremlin.

Peter Pomeratsev, Nothing is True and Everything Is Possible

Karen Dawisha, Putin’s Kleptocracy. Who Owns Russia? A definitive account of how Russia’s president and his cronies consolidated power. Dawisha worked for eight years on the book, which is the most valuable and exhaustive investigation into the patterns of Russian government corruption to date. Most importantly, it is marked with moral passion, integrity, and bravery. It was meant to be published by Cambridge University Press, which abruptly dropped the project fearful that wealthy Russians would sue the press for libel in British courts. If you read this book, you will know everything about Putin and the people around him.

Timothy Snyder, The Road to Unfreedom. Russia, Europe and America: An amazing account of Putin’s weaponization of history and ideology and manipulation of disinformation.

David Kramer, Back to Containment: Dealing with Putin’s Regime: Kramer traces the rise of Vladimir Putin and the US-Russia relationship over the course of the administrations of Presidents George W. Bush and Barack Obama. He argues that the Putin regime is a serious threat to the United States and the Western world and that the United States needs to develop a tougher policy of containment and pushback.

Fiona Hill and Clifford Gaddy, Mr. Putin: Operative in the Kremlin: An excellent and perhaps the best portrait of Putin. Obviously, it would be good if Trump and his NSC Russia hand Fiona Hill were on the same page, so that ideally they could build upon their common knowledge of this narrative when formulating US policies toward Russia.

Marlene Laruelle, Russian Eurasianism: An Ideology of Empire: The most comprehensive and reliable outline of the overall ideological framework within which Russia’s current regime operates. While Putin & Co. may not be driven by any ideological considerations, they tend to explain, formulate, and justify their actions in terms of Eurasianism. It would be good for the United States to engage with Eurasian ideas to be better prepared for and able to react to Russia’s actions.

Timothy Snyder, The Road to Unfreedom. Russia, Europe and America: This book paints the world historical stage on which the current Russian-Western drama is being played out. Snyder is one of the most important political interpreters of our time and makes his readers better understand themselves and the brave new world they live in.