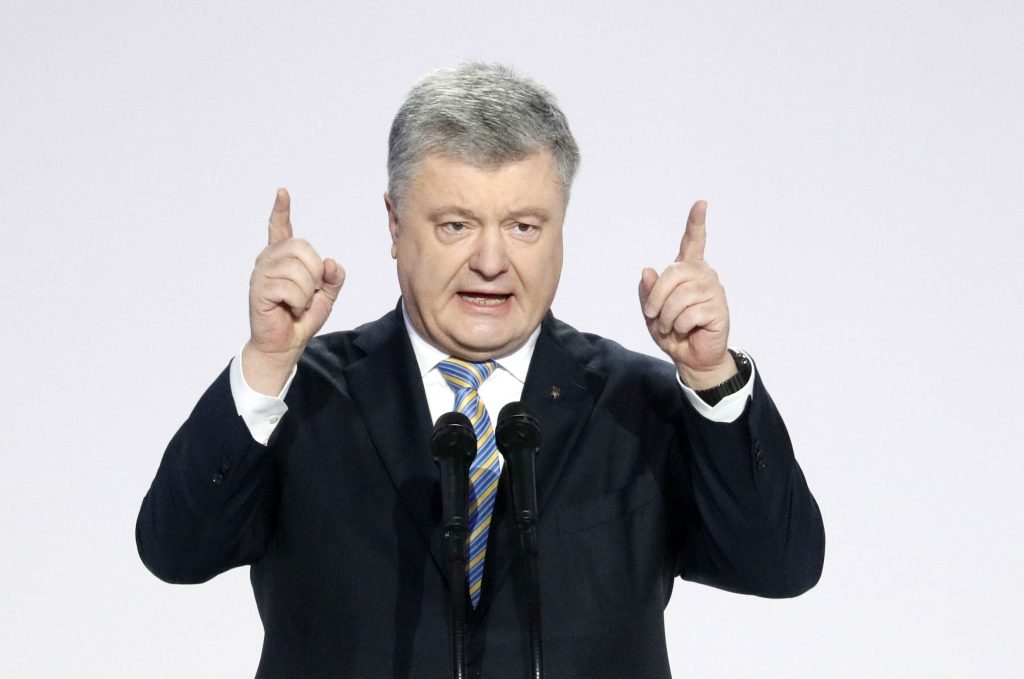 Three candidates have the most plausible chance of winning the first round in Ukraine’s March 31st presidential election: President Petro Poroshenko; former Prime Minister Yulia Tymoshenko; and Volodymyr Zelenskiy, a politically untested comedian whose popular television show, Servant of the People, portrays him as an intrepid corruption fighter. Zelenskiy’s popularity can be explained as a symbolic protest against the status quo.

Below we rated the top three candidates on two scales. One is what we think is an objective rating of their qualifications for office and is best for Ukraine; the other is their subjective attractiveness to voters.

The candidates are rated across five political issues, and across three “wild cards.” A score of 5 is best and 0 is worst.

Poroshenko has been firm in resisting Russian aggression; for this he earned the backhanded compliment of being Russian President Vladimir Putin’s least desired election winner, and a score of 5 on the Russia file. After an economic free-fall in the war conditions of 2014 and 2015, the GDP stabilized and has been growing at 2.5-3.0 percent, which is not enough to be felt in people’s pockets. Poroshenko rationalized the banking system and achieved macroeconomic stability, but is deeply resented for failing to root out the corruption of an extractive oligarchy and hence gets an indifferent 3 for his handling of the economy. Nonetheless, even his critics credit him with accomplishments in international diplomacy (good relations with the European Union and United States, visa-free travel to the EU, broad diplomatic support against Russia) and he is a known quantity in the West; for these he receives a 5.

Poroshenko sponsored a necessary de-communization program and introduced modest Ukrainian-content rules for the mass media, thus improving civil rights for Ukrainian-speakers, who remain the largest category of the population without adequate services in their native language. He has instilled a sense of Ukrainian patriotism without encouraging extremism—or anti-Semitism, itself a canard, as the popularity of Zelenskiy, who is of Jewish background, shows—and merits 5 for nation-building. Given his reluctance to introduce an effective anti-corruption court and rules that would allow honest businesses to function, Poroshenko deserves for institution-building no better than 3.

For her part, Tymoshenko was faint in opposing Russian military aggression in Georgia and the Donbas. A score of 2 for her Russia file seems fair. The economy did not make spectacular improvements during her terms as prime minister, thus a 2 for this also. She considers Western institutional rules too confining, and, with her inability to speak English, this portends an adjustment period in relations with the West, where she would start at 3. But as the “Ukrainian Joan of Arc,” her inspiring defiance during the Orange Revolution in 2004 saved the country from sliding into authoritarianism and justifies a 5 for nation-building; as does her flexible and open-ended vision of national identity, which has the broadest inter-regional appeal. Her main accomplishment as prime minister was to clean up the gas trade, which earns her 3 for institutional development.

Zelenskiy, a comedian who has made his money in show business, has been treated softly by the media so far, despite his alleged links to the oligarch and Poroshenko rival, Ihor Kolomoisky. Zelenskiy did aver that he would seek a settlement in the Donbas “at any price.” This seems to indicate that he would let the Russian camel’s nose back into the tent of Ukrainian politics; and this could be deeply destabilizing. He has never held even a municipal office. Historically, similar people, such as academics with good intentions, have not done well in Ukraine. Since, unlike his rivals, Zelenskiy is neither independently wealthy nor politically experienced, he will very likely be vulnerable both to pressure by oligarchs and to Kremlin enticements. The “swamp” of Ukrainian politics would probably swallow him; and any aspirations to mobilize the professional and middle classes in a moral crusade would likely collapse in confusion. The chances of another Maidan or Russian aggression would rise accordingly.

In terms of objective qualifications, Poroshenko leads with 21, Tymoshenko has 15, and Zelenskiy scores a miserable 0.

But the picture radically changes when wild cards are played on the subjective side. Popular disenchantment with the economy and continued corruption under Poroshenko is high, eliciting a 1. His personal image reaches just 2, because public patriotism does not translate into forgiveness of his economic shortcomings and business dealings. Russian propaganda, which can be influential in Ukraine’s southeast, and local Russophiles demonize him—hypocritically and apparently successfully—for bleeding the country in a war he did not start; consequently, he gets a 0 for this.

Tymoshenko gains 4 points on the disenchantment scale. She is admired by many citizens but is polarizing in elite circles and has a considerable anti-rating there, with a resulting 3 for personal image. The Kremlin has been easy on her, so the Russian propaganda factor is about 3.

Zelenskiy’s main asset is that he is unsullied, therefore popular disenchantment gives him 5 points. Because of his lack of political experience, and because he never took his turn at the 2014 Euromaidan protests, he lacks revolutionary credentials and thus his personal image tops out at 4. Using propaganda cleverly sourced locally, the Kremlin will support him because he is the candidate most likely to destabilize Ukraine. Therefore, the Russian propaganda variable nets him a 5.

The final score in the second, subjective rating is, thus, Poroshenko 3; Tymoshenko, 10; Zelenskiy, 14. The composite total is 24 for Poroshenko, 25 for Tymoshenko, and 14 for Zelenskiy.

Although their composite scores are virtually identical, Poroshenko and Tymoshenko have different strengths and weaknesses. A victorious Poroshenko will have to overcome his low subjective ratings in order to be an effective second-term leader. In contrast, a victorious Tymoshenko will enjoy a honeymoon with the electorate, but will have to overcome her populist tendencies and deal with economic realities confronting Ukraine in order to be a good president.

Unless Ukrainian voters lose touch with reality and opt for a comedian to protect their country from Russia’s existential threat—a distinct possibility in light of recent polls that show Zelenskiy winning—the choice they will face is between two reasonably qualified and credible candidates, Poroshenko and Tymoshenko, either of whom would, on balance, make a good, or pretty good, president. This choice—and the certainty that elections will be fair and free—bodes well for the consolidation of democratic norms and institutions, for Ukraine’s continued march westward, and for its continued ability to keep Putin at bay.

Alexander J. Motyl is a professor of political science at Rutgers University-Newark. Dennis Soltys is a professor in the department of public administration and international development at KIMEP University in Almaty, Kazakhstan.