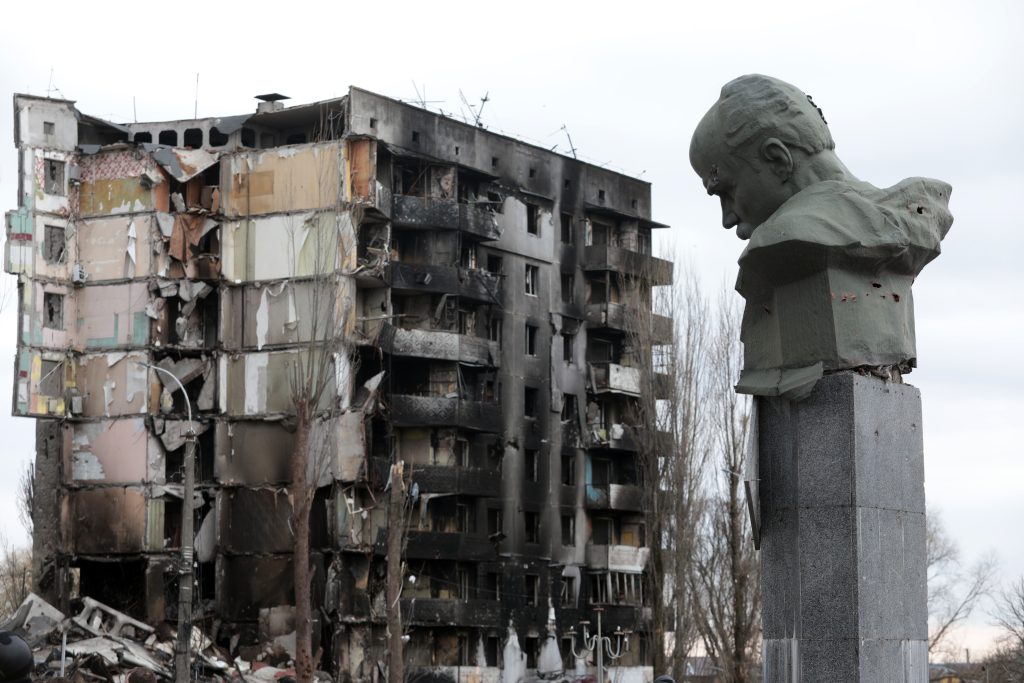 The Russian invasion of Ukraine is now in its second month with no end in sight to what is already widely recognized as the largest European conflict since World War II. Nevertheless, it is important for the European Union to already begin preparing for its role as the key institutional supporter of Ukraine’s post-war recovery.

The rebuilding of Ukraine promises to be one of the most challenging and ambitious undertakings of the twenty-first century. The task ahead requires a comprehensive approach that goes far beyond funding the reconstruction of Ukraine’s devastated infrastructure and ruined cities.

Financing the rebuilding of Ukraine is a moral debt for the West. Ukrainians are fighting for their freedom but also for our values and our security. Furthermore, numerous European countries have made a lot of money doing business with Russia and have been reluctant to cut their ties with Moscow despite the Putin regime’s escalating aggression towards Ukraine in the years leading up to the current invasion. Support for post-war Ukraine is a logical price for this earlier Kremlin cooperation.

The most famous model for a successful post-war recovery process is the US-sponsored Marshall Plan following WWII. Other examples include Myanmar, South Sudan, and Serbia. All of these case studies underline the importance of having a committed lead sponsor. In the case of Myanmar, it was Japan, whereas with Serbia it was the EU.

As one of the key goals of Ukraine’s post-war progress is set to be membership of the European Union, I believe it is logical for the lead donor to be the EU, or perhaps a group of EU member states such as Germany, France, and Poland operating in close cooperation with the G7 group of nations.

Unfortunately, the EU is not yet ready to take on a leadership role in the rebuilding of Ukraine. Current EU financial support mechanisms are extremely rigid and unsuitable for the Herculean task of Ukraine’s recovery. These mechanisms were designed two decades ago for emerging markets and remain almost carved in stone until the expiration of the current multiannual budget in 2027.

I voiced my concerns a year ago regarding the rigidity of the EU’s financial support mechanisms while designing a decarbonisation plan for the Western Balkans. However, there was no institutional reaction at the time and no effort to implement change.

At present, the EU supports Eastern Neighborhood countries with traditional macro-financial assistance to state budgets via the so-called Neighborhood Investment Facility (NIF). Unfortunately, the NIF model is not appropriate for Ukraine’s post-war recovery as it would primarily help international banks.

The Western Balkans region has a slightly more user-friendly mechanism in place known as the Western Balkans Investment Framework which offers grants to countries in the region for investment into infrastructure and renewables that cover a certain percentage of overall envisaged investment.

Ukraine will need something along these lines combined with a guarantee scheme. Notably, the percentage of overall investment covered by grants will need to be higher than it currently is in the Western Balkans.

Other important issues include who will be able to participate in tenders. While most of the funding will likely come from the EU and US, Turkey could be a very competitive option to provide construction services and materials. Will tenders also be open to Chinese companies? Many would question whether China has earned the right to play a prominent role, but Beijing may seek to become involved as a substantial donor.

The existing Energy Efficiency Fund established by the European Union, Germany, and Ukraine could serve as a useful model for future efforts to create the right institutional framework for Ukraine’s post-war recovery. This Fund has a governance structure consisting of EU and Ukrainian representatives. I imagine something similar would be well-suited to the coming reconstruction efforts, with EU members holding a majority on the supervisory board. Needless to say, transparency would be vitally important to avoid any suggestions of corruption.

Several ideas on how best to organize Ukraine’s post-war recovery have begun to take shape in recent weeks. One proposal would see the establishment of a Ukrainian Development Authority, which would be at least partially financed by reparations drawn from the frozen assets of Russia’s Central Bank.

The Energy Community Secretariat in Vienna has opened a fiduciary account to collect donations from EU stakeholders, with the distribution of funds set to be determined by the Ukrainian authorities. Meanwhile, the EU Council has discussed the idea of an unspecified Ukraine Solidarity Trust Fund.

In Kyiv, Ukraine’s Deputy Prime Minister for European and Euro-Atlantic Integration, Olha Stefanishyna, launched the idea of a Resilience, Recovery and Renewal Plan accompanied by a Recovery Fund. I anticipate that we will see more new ideas emerge in the weeks ahead.

European Union member states must begin serious discussions without delay on the EU’s coming role in the rebuilding of Ukraine. This will be a strategically crucial European project that will impact the security and development of the entire continent for many years to come. It is vital that an effective, flexible, and transparent format is adopted that can repeat the historic success of the Marshall Plan.

Janez Kopač is the former Director of the Energy Community Secretariat in Vienna.

Image: A monument to Taras Shevchenko is seen near a residential building destroyed by the Russian army in Borodyanka, Kyiv Region. (Photo by Hennadii Minchenko/Ukrinform/NurPhoto)