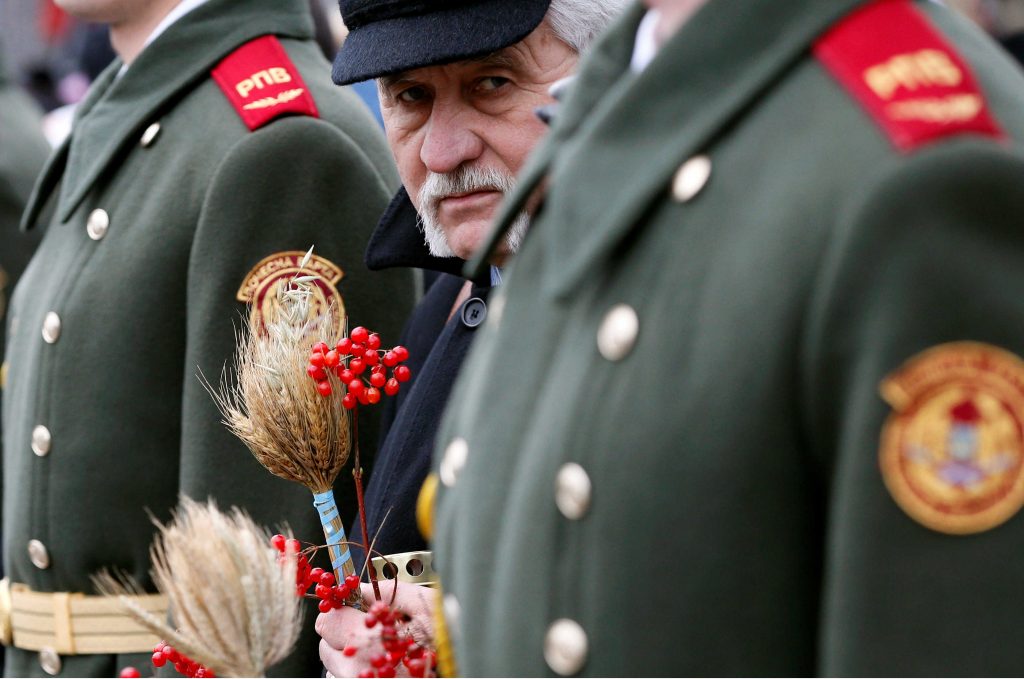 In the 1930s, Joseph Stalin committed crimes against humanity by purposely starving to death more than four million Ukrainians for resisting his Five-Year Plan to collectivize agriculture.

Millions more fled and in 1937, Stalin executed or imprisoned hundreds of thousands of Ukrainian leaders and influencers.

For three more generations, Russia kept Stalin’s genocide hidden until 1991 when Ukraine declared independence from the Soviet Union and opened the archives.

Many books and films followed over the years.

The book draws parallels between past and present that reveal how little—except the scale of the damage and carnage—has changed. The psychological and demographic damage from the famine, or Holodomor in Ukrainian, has been so profound that it continues to shape the thinking of Ukrainians and Russians, she argues.

For example, Russia does not consider Ukraine as anything more than “Little Russia,” despite history and the fact that their languages are as different as French and Spanish.

Old narratives are why in 2014, after a Russian puppet was driven from Ukraine’s presidency, Putin immediately invaded and occupied nine percent of Ukraine with the intention of invading much of the rest. Since then, more than 10,000 Ukrainians have died, two million have fled their homes, the industrial heartland has been destroyed, and Ukraine’s economy crippled.

Likewise, Ukrainians remain stuck in terms of reforming their country to join the West due to the psychological effects of their hideous past.

“Even three generations later, many of contemporary Ukraine’s political problems, including widespread distrust of the state, weak national institutions, and a corrupt political class, can be traced directly back to the loss of that first, post-revolutionary, patriotic elite,” writes Applebaum.

Putin also believes that Ukraine is an existential threat, as did Stalin.

“It is possible to hear the echo of Stalin’s fear of Ukraine—or rather his fear of unrest spreading from Ukraine to Russia—in the present too. The Russian FSB, successor of KGB, continues to demonize its opponents using propaganda and disinformation,” she writes.

Applebaum’s book is thoughtful, but doesn’t mince words. The famine was genocide, she concludes.

“The famine fits perfectly into the original definition of genocide…But during the United Nations debate about the genocide convention in the 1940s, the Soviet delegation altered the legal definition precisely in order to avoid the inclusion of the famine.”

She also devotes a chapter, called the “Cover-Up,” with new details about the malpractice of journalists, notably The New York Times correspondent in Russia, Walter Duranty, who won a Pulitzer Prize for his coverage there.

She cites the fact that in 1933 Duranty wrote that “there is no actual starvation or deaths from starvation but there is widespread mortality from diseases due to malnutrition” and that suffering was for a “noble” reason.

“This position made Duranty enormously useful to the regime,” wrote Applebaum, “which went out of its way to ensure that he lived well in Moscow.”

Years later, it was revealed that in private Duranty estimated that ten million had died, a fact that led the Ukrainian diaspora in 2004 to demand that the Pulitzer Prize Committee strip Duranty of the prize. The request was refused because the Committee claimed “there was not clear and convincing evidence of deliberate deception.”

Applebaum also reveals others who did nothing to help. “The Poles, who had very detailed information on the famine, also remained silent. They had signed a non-aggression pact with the USSR in July 1932,” she wrote.

The Vatican and the United States also did nothing. Washington relied on dispatches by Duranty, and happily did no due diligence because President Franklin D. Roosevelt was keen to restore full diplomatic ties with Russia as a counterbalance to Adolf Hitler, a laughably flawed decision.

Her book also illustrates how Russian tactics to hoodwink and neutralize world opinion in the 1930s read like today’s Putin public relations playbook.

For instance, a seventy-fifth birthday party was thrown in Moscow for socialist George Bernard Shaw. “Thanking his hosts, he declared himself the enemy of anti-Soviet [famine] rumor-mongers,” wrote Applebaum.

She describes how Britain’s Prime Minister Lloyd George threw a colleague under the bus for writing about the widespread suffering in Ukraine, and how America’s Roosevelt lauded Duranty, the ultimate Holodomor denier.

All of which was ruinous to Ukraine back then and still exists today, although in less malevolent doses.

The importance of her book is that she connects today with yesterday which explains her last, halting sentence: “As a nation, Ukrainians know what happened in the twentieth century, and that knowledge can help shape their future.”

Hardly a rousing ending, but a realistic one because the rest of the world does not understand the origin and extent of Putin’s predation.

Image: People attend a commemoration ceremony marking the 83rd anniversary of Holodomor, the famine of 1932-33 in which millions died of hunger, in Kyiv, Ukraine, November 26, 2016. REUTERS/Valentyn Ogirenko