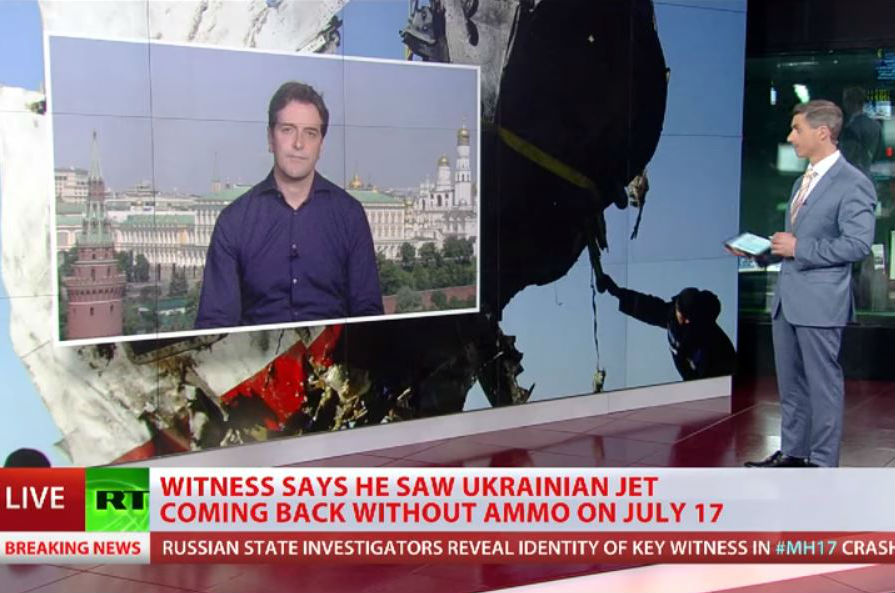 The shooting down of Malaysia Airlines flight MH17 over Ukraine on July 17, 2014, transformed a localized post-Soviet conflict into a major global crisis. With victims from eleven different countries including 189 Dutch citizens, the international backlash was prompt and marked a clear escalation in the confrontation between Russia and the West over the war in Ukraine.

Initial analysis of the incident identified Russia as the likely guilty party. A major multinational investigation has since confirmed these conclusions, with Russia now accused of supplying the BUK anti-aircraft missile system responsible for the tragedy. Court proceedings against individual suspects could proceed in the Netherlands this year.

Despite mounting evidence pointing toward Russia, the Kremlin has consistently refused to acknowledge any responsibility for the deaths of those on board the civilian airliner. Instead, Moscow has mounted a major campaign of diplomatic denials and alternative theories that offers invaluable insights into the Kremlin approach to disinformation while highlighting the limitations of hybrid warfare.

When future historians come to explore the fake news phenomenon of the early twenty-first century, Russia’s response to the MH17 tragedy will surely serve as a key case study. The many competing MH17 narratives promoted by the Kremlin contain all the requisite elements for a comprehensive examination of contemporary disinformation tactics, including everything from photoshopped satellite images and phony eyewitness accounts to distracting counter-accusations and social media trolling tactics.

Aric Toler of the online investigative group Bellingcat has recently produced what is likely to become the definitive guide to the Kremlin’s MH17 deceptions. Published in January 2018, his detailed report offers a chronological survey of the numerous explanations put forward by Russian sources since the downing of flight MH17.

Toler’s survey is a master class in open source analysis. His report deals with each Kremlin theory systematically, outlining the many successive Russian claims before examining their flaws. Some are borderline Kafkaesque in their absurdity, such as the tale of the mysterious Spanish air traffic controller named Carlos who was said to have been working with Ukrainian aviation authorities at the time of the MH17 attack. The Russian media initially portrayed Carlos as a key witness who could provide conclusive evidence of Ukraine’s guilt. He featured prominently in a number of Kremlin narratives before disappearing once it became clear that he did not exist.

Other explanations promoted by Russian sources have been more sophisticated and complex, involving doctored satellite images, dubious ballistic experiments, and alleged Ukrainian confessions. Many have stretched credulity to breaking point, such as the numerous alleged eyewitnesses who have appeared in the Russian media despite the obvious difficulties of identifying aircraft accurately at a height of 10,000 meters.

There has been no definitive Russian narrative, while the different versions put forward by Moscow have often contradicted each other. For example, the Kremlin repeatedly claimed to have proof of a Ukrainian fighter jet in the airspace close to flight MH17, but this evidence has been mysteriously absent from more recent Russian versions.

The overall impression is of a campaign to confuse rather than convince. This would fit with much of the analysis of Russian information warfare tactics, which argues that Moscow’s primary objective is to sow doubt and undermine the entire concept of factual evidence, thus preventing outside audiences from reaching any definitive conclusions. In the final analysis, it is not necessary for international audiences to believe the Kremlin as long as they do not believe anyone else either.

Why has Moscow gone to such extraordinary lengths to deny Russian responsibility? The deaths of so many foreign civilians would create massive challenges for any government at any time. However, it is the Kremlin’s desire to disguise its wider military involvement in eastern Ukraine that has likely proved decisive in dictating Moscow’s MH17 denials and driving their disinformation efforts.

The truth behind MH17 may well be a simple tale of human error and the fog of war. Many observers believe that blundering Russian army officers simply mistook MH17 for a Ukrainian military transport plane, a claim supported by numerous Kremlin TV bulletins in the immediate aftermath of the tragedy. Even if this was the case, Russia cannot now acknowledge MH17 as a tragic mistake without effectively admitting to waging war against Ukraine. If Moscow concedes that a Russian army BUK anti-aircraft system shot down MH17, it would mean acknowledging a significant Russian military presence in eastern Ukraine. No nation would deploy sophisticated anti-aircraft technologies in isolation, making any BUK system necessarily part of a much larger deployment. This would tear down the entire facade of denials underpinning Russia’s secret war in Ukraine, with serious consequences for the Kremlin both domestically and internationally.

These practicalities leave Moscow with little room to maneuver. Few believe the Kremlin deliberately targeted a civilian airliner in July 2014, but Russia has become so entangled in its own web of hybrid war deceit that it cannot accept culpability for what was most likely a tragic accident within a broader armed conflict. Instead, Russia has no viable option but to continue promoting alternative MH17 narratives and pushing new conspiracy theories. This will provide the thriving infowarology industry with an endless supply of fresh materials, while also obliging Bellingcat to update their latest MH17 report on a regular basis. Meanwhile, for the families of the victims, it will mean further years of pain as they await final confirmation of why their loved ones died.

Image: On June 3, 2015, RT announces that the Russian Investigative Committee has identified a key witness in the MH17 crash in Ukraine. Credit: Courtesy Screenshot RT