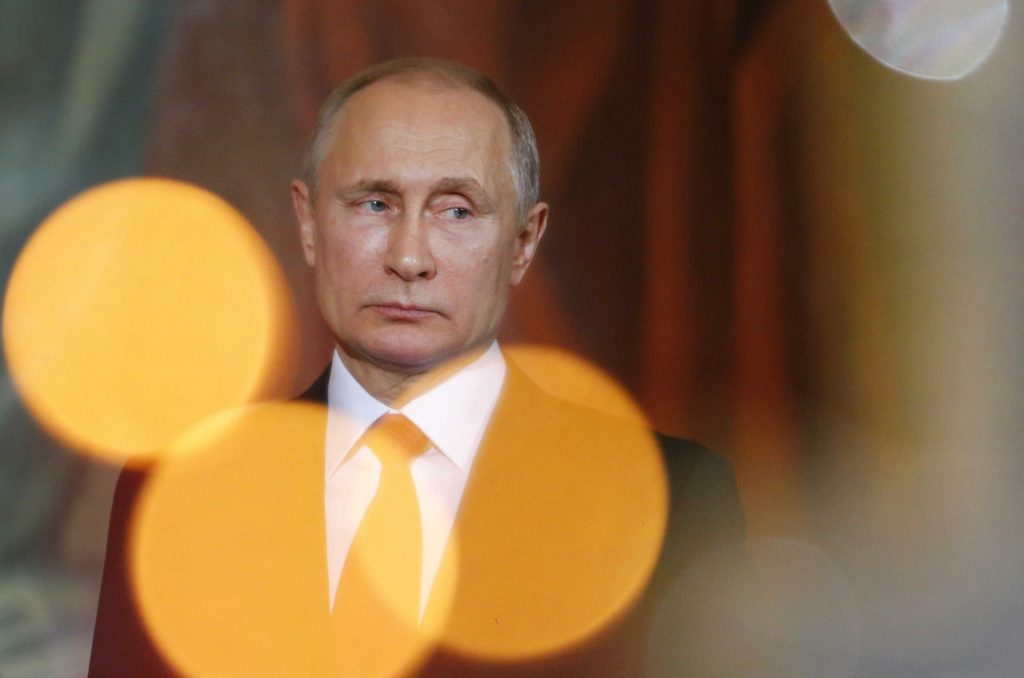 Russian President Vladimir Putin will stop at nothing in his hunt for dissidents abroad. In his determination, he has found some powerful allies within Western democracies—a practice that should alarm those who prize justice and the rule of law.

In recent weeks, I’ve been collecting stories of Russian dissidents who say they fell victim to exchanges of confidential information between European officials and Russian authorities. The leak of one Cyprus prosecutor’s emails in November has exposed a growing trend: in its hunt to track critics, the Kremlin is recruiting allies within Western states’ law enforcement agencies.

The communication leak on the part of Cyprus’ deputy attorney general exposes a much wider exchange of confidential EU information, some of it classified, with Russian authorities.

Take the detention of Nikita Kulachenkov, a prominent young Russian dissident, by Cyprus authorities in 2016 which made worldwide headlines. But what we didn’t know back then is the disturbing chain of email exchanges between Cyprus and Russian officials that led to his persecution and was exposed in November.

Kulachenkov, a forensic activist with a Russian anti-corruption fund led by Alexey Navalny—Putin’s biggest challenger—was forced to flee Russia in 2014 and received political asylum in Lithuania, an EU state. Russian authorities charged him in absentia and asked Interpol to issue an arrest demand, known as “diffusion order.” It was later invalidated as having been politically motivated.

For Kulachenkov, traveling to another EU country wasn’t an obvious concern after having received asylum protection under EU and international law. He was proved wrong minutes after landing in Cyprus to see his family. Immediately handcuffed, Kulachenkov spent the next three weeks behind bars in this small EU state, which is known as an offshore money laundering haven for Eastern European and Russian oligarchs.

It turned out that Eleni Loizidou, Cyprus’ deputy attorney general, was fighting in a local court for Kulachenkov’s extradition to Russia. As the leak of Loizidou’s private communications later revealed, she was emailing her local colleagues and inquiring about ways to extradite Kulachenkov. Loizidou, who once came close to becoming a judge at the European Court of Human Rights (the only remaining international court successfully trying Russian authorities for human rights violations), also immediately notified Russian authorities about the detainee and assured them that he was ready to be extradited as soon as the Russians sent the necessary paperwork.

Following mounting international attention around the incident, the Cyprus authorities later let Kulachenkov go. But the incident made him question the integrity of the European Union as a safe hub for Russian dissidents.

Leonid Nevzlin is another Russian dissident whose name was featured in the leak. He narrowly avoided Kulachenkov’s fate—and only because he followed the advice of his cautious lawyers. Nevzlin was a co-owner of Yukos, a Russian energy conglomerate that fell victim to a hostile state takeover in the early 2000s. His partner Mikhail Khodorkovsky was imprisoned for ten years on politically motivated charges. Nevzlin managed to escape Russia and obtained Israeli citizenship amid charges of tax evasion, theft, murder, and attempted murder. Moscow pushed for an Interpol warrant, but it was eventually canceled by the organization as being “politically motivated.” Since then, before entering any new country, Nevzlin’s lawyers vet it by contacting local law enforcement to avoid extradition to Russia.

They did the same with Cyprus in 2017, providing the authorities with a brief on Nevzlin’s politically motivated charges in Russia and the long list of countries that acknowledge the nature of those charges and grant Nevzlin safe passage. But the leaked emails of Cyprus’ high-profile prosecutor, Loizidou, show that the confidential information shared by his lawyers was immediately forwarded to the Russian authorities. Unsurprisingly, Nevzlin canceled his Cyprus trip.

He told me that the situation for Russian dissidents like him is getting worse as the Kremlin expands its influence over foreign law enforcement. Additionally, the Russian government makes use of an army of foreign law firms to help disguise its politically-motivated hunt for dissidents under the legal framework of fighting international crime and terrorism.

“I definitely won’t risk going to countries perceived as friendly to Russia. There are so many of them now, even among developed democracies. Places like Switzerland, for example,” Nevzlin says, mentioning his long and ultimately successful court battle with Swiss authorities who froze his bank accounts following a request from the Kremlin.

Alexey Obolenets, a former Yukos lawyer who also fled to Israel from Russia, is now helping many Russian dissidents acquire protection abroad. Apart from Kulachenkov and Nevzlin, he shared with me three other identical cases linked to the Cyprus official, as well as other Russian names that might have their private data exposed. The content of the leaks suggests the violation of multiple articles of the 1951 Refugee Convention, the 1957 European Convention on Extradition, the Universal Declaration of Human Rights, and the European Convention on Human Rights, plus some articles of the Interpol constitution.

Working as a lawyer for Russian political asylum seekers, Obolenets complained that confidential content from his clients’ cases regularly ends up in the hands of Russian officials. “Now I’ve started warning my clients: if you get asylum or EU resident status, that private information about you and your family might still be shared between law enforcement and secret service agencies of some EU states and other authoritarian regimes, like Russia, Azerbaijan, Uzbekistan, or Belarus. This is the new normal.”

The West often talks about democratization and the power of democracy to diffuse across borders. But the opposite process is also happening, and from where I stand in Eastern Europe, it’s very visible. The strengthening of the “authoritarian belt” of Azerbaijan, Russia, and Turkey has put growing pressure on democracies in the region that borders the EU.

In the last year, I’ve seen the traditional safe hubs of Ukraine and Georgia slowly disintegrate. Dissident Azeri journalist Afgan Mukhtarli was kidnapped by Azerbaijani special forces in Georgia and shipped back to his tormentors in Baku, in open disregard for international law. Fikret Huseynli, another Azeri dissident journalist, was held hostage for more than six months by Ukrainian authorities following a request from Azerbaijan, despite holding an EU passport. Only international pressure helped Fikret walk free. Representatives of the Azeri diaspora in Ukraine keep warning me that less high-profile cases of politically motivated deportations from Kyiv to Baku are becoming routine. Turkey wages a successful hunt for fleeing dissidents in places like Azerbaijan, Georgia, and Moldova.

But what’s more disturbing are the similar patterns emerging among Western democracies as well. With the Kremlin actively tapping into the previously confidential EU system of shared personal data, not only fleeing Russian dissidents but any EU citizen can be exposed to opportunistic authoritarian regimes. It just happens that a growing number of Putin’s victims seeking protection in the West are the first to spot this glaring breach of security. If we can’t count on the West anymore, we must ask unsettling questions about the world’s post-Holocaust refugee system as a whole.

Maxim Eristavi is a nonresident research fellow at the Atlantic Council and co-founder of Hromadske International, an independent news outlet based in Kyiv.