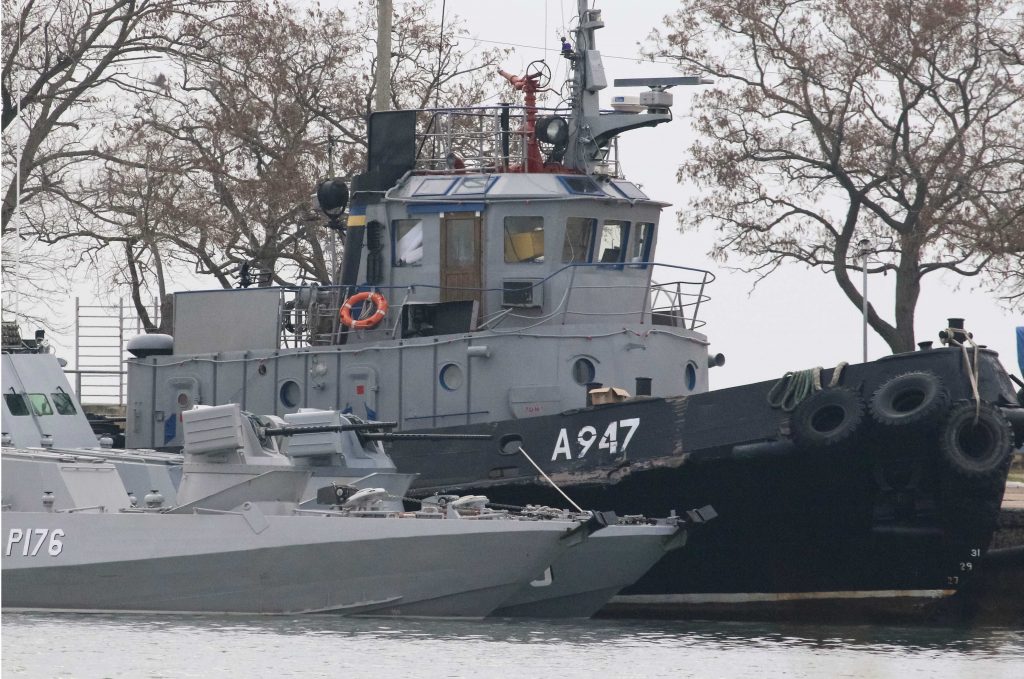 On November 25 Russian vessels blocked Ukrainian ones from entering the Sea of Azov, fired on Ukrainian ships in the Black Sea, rammed some of those ships, seized three Ukrainian ships, and wounded six in these exchanges. Russia also dispatched helicopters to the area to maintain surveillance and fire capability over any approaching Ukrainian vessels. By any standard, these are acts of war. We should remember that the United States went to war with Great Britain in 1812 because of such incidents. Second, Moscow’s claim to own Crimea, the Sea of Azov, and the Kerch Strait as inviolate Russian territory is wholly illegal. Russia’s claims rest on nothing more than force directed against supposedly weaker targets. We can be sure that it would not behave this way toward a NATO ally.

These actions are also part of its intention to close the Black Sea to foreign shipping in defiance of international convention. They also mark a significant violation of the concept of Freedom of the Seas, a bedrock principle of the international order and US policy for two centuries. Lastly, these actions reflect Moscow’s ongoing efforts to use force and the threat thereof to force Ukraine into submission.

Russia’s actions closely resemble China’s in the South China Sea and the East China Sea. In those cases, Beijing has unilaterally declared sovereignty over these territories, seized plots of land, built up artificial islands, heavily militarized them (as Russia has done in Crimea), and then refused to accept international juridical tribunals’ findings. Now Beijing is using its strengthened hand to coerce other Southeast Asian states into economic agreements on China’s terms in order to explore those areas for potential energy deposits.  In the same way, Moscow seized Ukrainian energy platforms in the Black Sea immediately upon invading Crimea and is profiting from them while trying to suffocate the Ukrainian coastline.

What should be done to counter Russia’s activities? Ukraine is the victim of Russian aggression and has been since February 2014, when Russia invaded Crimea.  Before that invasion, both Russia and Ukraine regarded the waters of the Azov Sea and Kerch Strait as internal waters, an anomalous but internationally accepted legal status. Russia’s claim today that it has total sovereignty over them is baseless and founded merely on force.

Even though Ukraine is outgunned, it does have options. It can undertake operations to break the blockade, though they would likely be fruitless given the forces Moscow has sent there. Nevertheless, it cannot accept this attack on its sovereignty and integrity passively. Ukraine should give careful consideration to a special operation that might disrupt the bridge that Moscow built over the Kerch Strait that joins Crimea to Russia. But that’s not all. Ukraine should invite the United States and NATO to send a fleet of armed ships to visit Mariupol, the main city on the Sea of Azov coast and defy Russia to fire on or block NATO from exercising the right to visit Ukraine’s ports. Those ships should be armed and have air cover but be instructed not to fire unless fired upon.

Many will object that such an action constitutes a provocation of Russia.

Let’s be clear: Moscow not Kyiv, and certainly not Brussels or Washington, is the provocateur and has raised the stakes. Moscow may be willing to threaten Ukraine in the delusion that more force can give it some concept of victory in Ukraine. But it is in no condition to threaten NATO with such actions. Apart from its economic stagnation and the pressure of sanctions that will be increased due to this action, the Russian public does not want a protracted war against Ukraine. Neither Russia’s military nor its economy can bear those burdens without incurring serious costs that cannot and will not be hidden from ordinary Russians. Given the regime’s fear of an informed public and further economic unrest at home, such a NATO action calls Moscow’s bluff and will go a long way to restoring opportunities for a general reduction in violence. Bringing NATO directly into Ukrainian waters would demonstrate that Putin has not gained Russian lands but lost Ukraine for good and brought NATO into the bargain. It strikes at the political foundations of Putin’s power and belief in NATO’s irresolution without escalating a military challenge. It would also restore escalation control to Ukraine and its allies and drive a dagger into the heart of Russian strategy without resorting to war.  It is time for the costs of Putin’s adventurism to be brought home graphically to him, his entourage, and the Russian people.