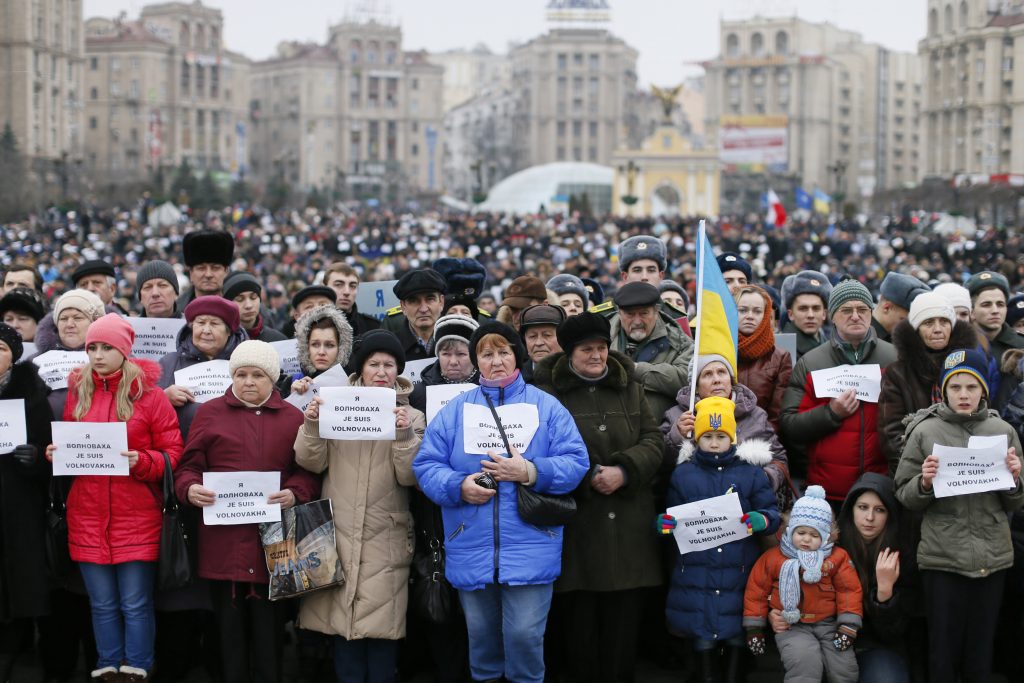 Russia reportedly has sent two battalions of troops into Ukraine’s Donbas region to strengthen its forces there amid a week-long spike in combat. At a minimum, Russia’s injection of new regular troops, tanks and rockets is a warning to Ukraine’s government not to attempt a significant advance against the Russian-sponsored “republics” in southeastern Ukraine.

But the renewed invasion and escalated fighting—plus a wave of bombings and sabotage attacks around Ukraine—also may be Russian pressure on Kyiv (and its international allies) to accept a disadvantageous round of negotiations that the Kremlin has been seeking. Effectively, the Russian government wants a better deal than the truce it agreed to in September—an agreement that now appears unlikely to help it achieve the domination it seeks over Ukraine’s government. The estimated 600 or more Russian troops reported entering Ukraine yesterday are too few to signal a new Russian offensive that remains a real possibility in the war.

In the past week, the Ukrainian and Russian forces have fought their heaviest battles yet since the September truce, many of them focused on the Donetsk airport, which the Ukrainians have held against intensive Russian attacks. The Russian forces in this war are a mix of regular troops, special forces squads, Cossack paramilitaries, Chechen commandos, local fighters, and thousands of Russian army veterans who are recruited as mercenaries by a Russia-wide network of veterans’ groups.

Yatsenyuk repeated Ukraine’s assertion that the proliferation of such weapons systems in Donbas is one proof of Russia’s official sponsorship of the war. They “can’t be bought at a bazaar in Donetsk or the Russian Federation,” Yatsenyuk said. “They can only come from the stock of the Russian Defense Ministry.”

Russia broadened its war on Ukraine last summer with direct invasions by large units of its army—including airborne infantry, artillery, and tanks. Moscow withdrew most of its direct combat units, leaving behind smaller groups for training, special operations, and coordination of the war against Ukrainian forces, according accounts by NATO, western journalists and independent analysts.

While a Russian Defense Ministry spokesman again yesterday denied (to Bloomberg News) the presence of Russian troops in Ukraine, Russian civilians on the border, Russian troops themselves in online postings, Russian soldiers’ relatives, and Western journalists in Donbas have confirmed their presence over many months.

Russian President Vladimir Putin has seen protest at home over the deaths of army troops in Ukraine, where the Kremlin insists they are not deployed. To reduce that political cost, his government is giving quiet support to the recruitment of thousands of army veterans who are paid between $1,000 and $4,000 per month, according to recruiter Vladimir Yefimov in the Urals city of Yekaterinburg. Yefimov made clear in an interview last month that Putin’s office is tacitly and covertly supporting that recruitment.

Alongside the escalation in Donbas, a series of attacks, with bombs, grenades or arson, recently has struck Kyiv, the southern ports of Odesa and Mariupol, and the country’s second-largest city, Kharkiv. Yesterday, unknown attackers ignited a grenade outside a Kharkiv court building, targeting members of the right-wing nationalist group Praviy Sektor (“Right Sector”), as they emerged from watching a court hearing. Thirteen people were injured.

Ukraine says the attacks represent a growing wave of terrorism . “We see a link with this and preceding explosions in Kharkiv and Odesa,” said Markiyan Lubkivsky, a senior official of Ukraine’s State Security Service (SBU) quoted by Reuters. He declared that the attack had been carried out by “our home-grown traitors, the pro-Russian elements,” and added: “We have no doubt this was a well-organized system which is directed from across the border—from Russia.” Russia has denied responsibility for this violence as well.

Russia continues to press for a truce in the fighting, and Ukraine says it will agree on the basis of the September 5 cease-fire accord signed by the two governments. Russia had urged a new round of talks on a truce to be held this month in Kazakhstan, but Germany, a key invitee, has refused. German Chancellor Angela Merkel repeated yesterday that Russia should implement that September 5 truce, which requires Moscow to withdraw its forces and arms from Ukrainian territory and allow international monitoring of a restored Russian-Ukrainian border.

European Union foreign affairs leaders decided yesterday to sustain their economic sanctions against Russia. The EU’s foreign-policy chief, Federica Mogherini, said that “there is no back to business as usual” with Russia until it withdraws from Ukraine. She also said that the planned discussions by the EU’s Foreign Affairs Council were focused on the conditions to be sought for an eventual relaxation of sanctions. She gave no indication of prospects for any increase in European economic strictures on Russia, even as it has escalated its fight in Donbas.

Image: Thousands of Kyiv residents march on January 18 in protest at the killing of 13 people on a civilian bus when it was hit by a shell fired onto a Ukrainian army checkpoint. The destruction of the bus, on January 13, was one of the war’s deadliest single attacks on civilians. Ukraine blamed the Russian-backed forces in Donbas, and the Organization for Security and Cooperation in Europe said the shell was fired from a northeastern quadrant controlled by those militias. Russian-backed leaders in Donetsk province denied their forces fired the shell and accused Ukraine of staging the assault to frame them. (Reuters/ Gleb Garanich)