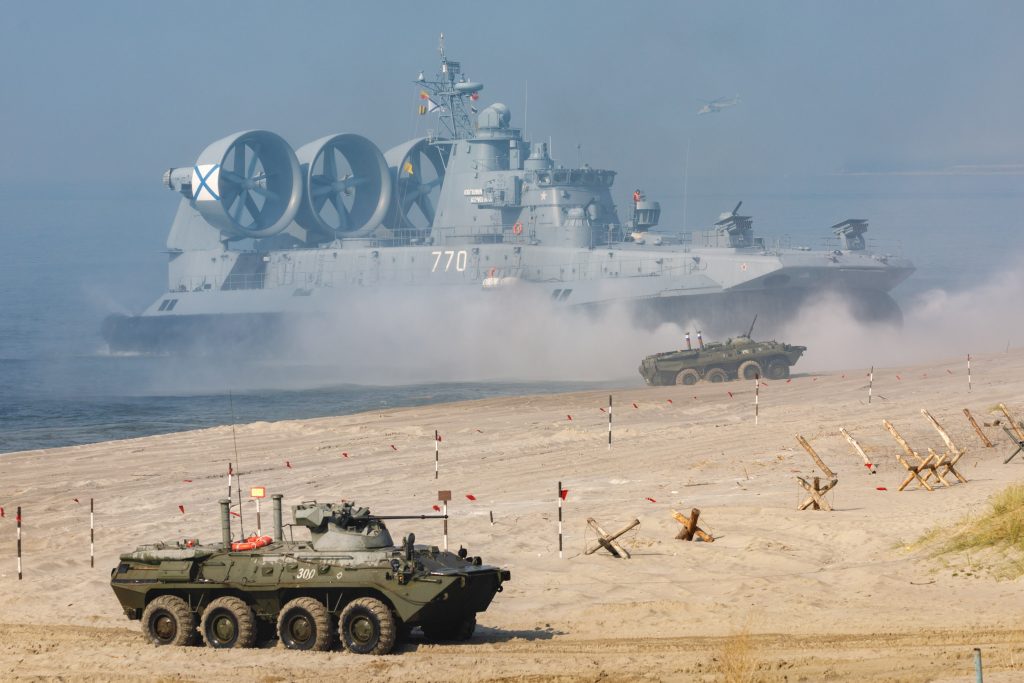 Alyaksandr Lukashenka said the quiet part out loud. Speaking to reporters earlier this month, the autocratic Belarusian leader declared that his country and Russia had effectively formed “a single army” and appeared to confirm that it was targeting the West.

“We effectively have a single army, with the Belarusian military forming its backbone in the western direction,” Lukashenka said. “If, God forbid, a war starts, the Belarusian army will be the first to engage in the fight, and the western group of Russia’s armed forces will join quickly after to form a joint defense.”

Lukashenka’s remarks would not have been news to anybody who has been paying attention to the increasingly disturbing dynamics between Minsk and Moscow over the past year. The steady militarization of Belarus and the integration of the Russian and Belarusian armed forces have been continuing apace ever since Lukashenka’s brutal crackdown on dissent following the disputed August 2020 presidential election made him a pariah in the West and forced him deeper into Moscow’s arms.

In recent weeks, the military merger between Russia and Belarus has accelerated. Clad in fatigues, Lukashenka surveyed the joint Russian-Belarusian Zapad-2021 military exercises on September 12 and said he expects to receive USD 1 billion worth of arms from Russia by 2025. Zapad-2021, which began on September 10 and will run until September 16, could turn out to be the largest military exercise in Eastern Europe in four decades.

Zapad-2021 caps off a year in which the armed forces of Russia and Belarus have participated in a record number of joint drills. "Since 2020, Russian forces have conducted a series of joint exercises with Belarus and maintain a regular presence in the country," military analyst Michael Kofman, director of the Russian Studies Program at the CNA Corporation, wrote in War on the Rocks. "Moscow’s military presence in Belarus is expanding and taking on a more permanent character."

But while the exercises have NATO and Belarus's neighbors on high alert, even more disturbing is what appears to be a buildup of permanent Russian military infrastructure inside the country. Russia has already sent Sukhoi Su-30 fighter jets to the Baranovichi air base in western Belarus. The jets and their pilots will be permanently based in Belarus, where they will fly joint missions and patrol the two countries' borders. Days before the aircraft arrived, Russian anti-aircraft missile troops began deploying to the western Belarusian city of Hrodna, near the border with Poland and Lithuania, to set up a joint military training center.

At a time when the United States is increasingly focused on the emerging threat from China, the escalating militarization of Belarus is significantly raising the threat level in the European theater. The expanding Russian military footprint in Belarus represents the most significant qualitative change in the security equation on NATO's eastern flank since Moscow's 2014 annexation of Crimea and armed intervention in Ukraine's Donbas region.

As security concerns grow, Belarus's western neighbors are currently fortifying their borders. This is partially to deal with a migrant crisis that Lukashenka has manufactured by flying in migrants from across the Middle East to Minsk and then facilitating their illegal entry into Europe, but it is also partially in response to the growing militarization of the region.

Poland has deployed hundreds of troops and is laying barbed wire along its border with Belarus. Lithuania's government recently announced that it would erect barbed wire fencing along 100 kilometers of its border with Belarus by April 2022. Additionally, the foreign and defense ministers of the Baltic states and Poland gathered in Latvian capital Riga on September 13 to discuss a joint response to conventional and hybrid threats.

"While each country has the right to conduct military exercises, limited transparency, the wider context of the maneuvers, and accompanying hybrid activities raise our concerns," Polish Foreign Minister Zbigniev Rau said.

As William Courtney, who served as US Ambassador to Georgia and Kazakhstan, wrote in The Hill this week, four decades ago, the Soviet Union used the Zapad-1981 military exercises to pressure Poland into cracking down on the country’s independent Solidarity trade union movement. Three months after the exercises, Poland's Communist rulers got the message and declared martial law.

Lukashenka appears to have already gotten Moscow’s message. He has cracked down on his country’s pro-democracy opposition and is eagerly acquiescing in Moscow's efforts to turn Belarus into an extension of Russia's Western Military District. The soft annexation of Belarus is gathering steam.

In Poland, it took nearly a decade before the Moscow-backed dictatorship eventually fell. The West may need to play a similarly long game in Belarus. But in the near term, the United States and NATO need to take steps to protect Belarus's neighbors from what is a rapidly escalating security threat.