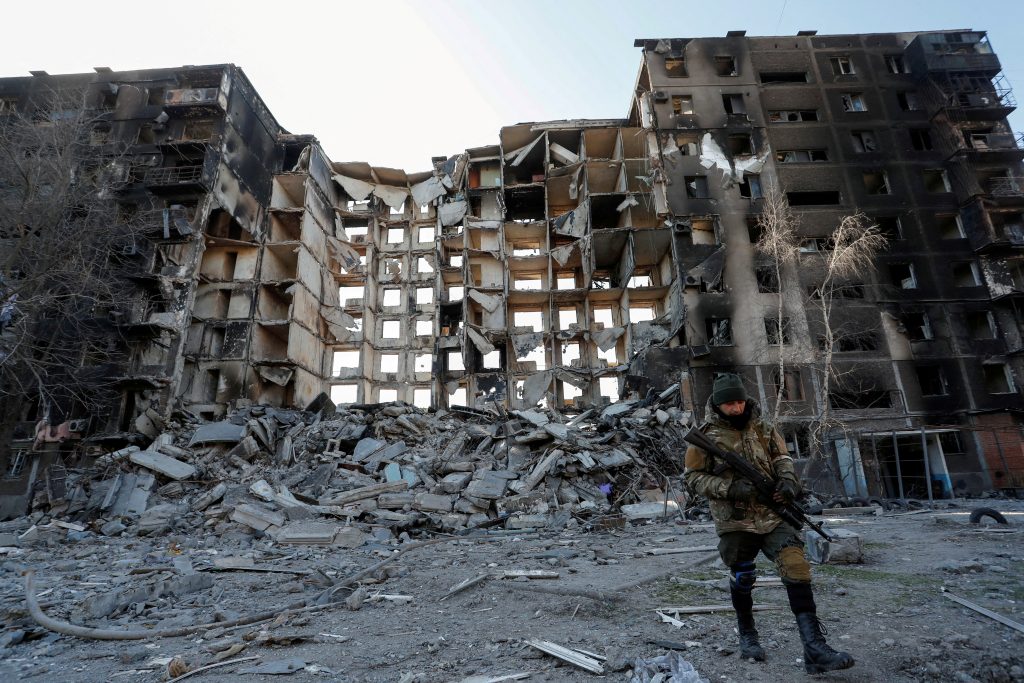 As the historic scale of Russian losses in Ukraine becomes increasingly apparent, debate is raging over how Putin’s invasion could possibly have gone so badly wrong. One common argument is that Moscow completely misjudged the mood of Ukrainians while fatally underestimating the country’s ability to defend itself.

This is a highly plausible explanation. For many years, it has been obvious that the Kremlin holds Ukraine in contempt and lacks even a rudimentary understanding of modern Ukrainian realities. This culture of ignorance fueled by imperial arrogance has now paved the way for one of the greatest military disasters of the modern era.

Ukraine’s national origins can be traced back for over a thousand years, but Vladimir Putin refuses to acknowledge that Ukraine is a nation at all. Instead, he disavows its history, language, culture, and religious traditions while publicly insisting that Ukrainians are in fact Russians. Since he does not accept Ukraine’s right to exist, his entire understanding of the country is hopelessly distorted.

Such thinking is by no means limited to Russia’s current leader. On the contrary, denial of Ukrainian statehood and identity is deeply rooted in modern Russian society, reflecting imperialistic instincts that make it impossible for many Russians to accept Ukraine as anything other than a component part in their own country’s national narrative.

During decades of meetings in Moscow, I became accustomed to the patronizing Russian responses that would be sure to follow whenever the topic of Ukraine arose. Russians typically look down on Ukrainians and consider them to be younger siblings incapable of managing their own affairs. While some individual Russians may view Ukraine sympathetically, relatively few regard their neighbor as worthy of the respect due to a fellow sovereign state.

While working in the post-Soviet region during the early 2000s, I learned that the Russian Embassy in Kyiv did not appoint anyone to monitor the Ukrainian media. As far as Russian diplomats were concerned, Ukraine’s domestic debates and national affairs were simply too parochial to be worth following. This is exactly the kind of contemptuous mindset that helped set the stage for today’s military miscalculations.

There is also a striking lack of Ukraine experts inside Russia itself. For the past eight years, Kremlin TV has been completely fixated by all things Ukrainian but has failed to produce any credible Ukraine experts whatsoever. This reflects the common conceit that Ukrainians are really just Russians and can therefore be understood and analyzed without the benefit of any specialist knowledge.

Likewise, most Russians make no effort to conceal their lack of respect for Ukrainian culture. Ukrainian literary figures such as Nikolai Gogol who switched to Russian during their careers are regarded as having graduated to a higher cultural level, while Ukrainian-language authors are treated with undisguised derision. I have heard highly educated Muscovites dismissively describing a weak writer as a real “pismennik,” the Ukrainian word for an author.

Russians display particularly venomous disdain for Ukrainian history, which is widely perceived as a direct threat to Russia’s own sense of self. Unsurprisingly, Ukrainian national heroes such as Cossack Hetman Ivan Mazepa are demonized as traitors and enemies for their efforts to support the establishment of a separate Ukrainian state.

Putin himself is by far the most prominent and prolific denier of Ukrainian history. When Russia first attempted to partition Ukraine in spring 2014 by orchestrating pro-Kremlin uprisings across the south and east of the country, Putin labelled the targeted regions as “Novorossiya” or “New Russia,” resurrecting a half-forgotten Czarist era administrative designation that underlined Russia’s imperial claims to much of Ukraine.

In summer 2021, Putin went even further and published a rambling 5000-word essay entitled “On the Historical Unity of Russians and Ukrainians.” In this remarkable testament to Putin’s personal obsession with Ukraine, he dismissed notions of a separate Ukrainian identity and openly questioned the country’s historical legitimacy while arguing that Ukraine can only exist as a Russian fiefdom.

Putin’s insistent portrayal of Ukraine is an indivisible part of Russia has blinded him to the many striking cultural differences between the two countries. Most notably, he cannot relate to Ukraine’s hunger for freedom or the readiness of Ukrainians to fight for their democratic rights. As a result, he has become trapped in his own prejudices and has convinced himself that Ukraine’s 2004 Orange Revolution and 2014 Euromaidan Revolution were anti-Russian coups organized by foreign powers.

In Putin’s conspiratorial worldview, all major events are orchestrated from above and no grassroots movement is possible without direction from sinister shadow forces. This has prevented him from understanding the formidable spirit of volunteerism and civic engagement that mobilized Ukrainians during the country’s two post-Soviet revolutions. As a result, he seems to have been genuinely taken by surprise one month ago when his invasion force was confronted by a nationwide wave of popular resistance that would be impossible in a politically passive society such as modern Russia.

Perhaps the most remarkable aspect of Putin’s scornful attitude towards Ukraine is his refusal to learn from prior mistakes. His hubris in 2004, when he visited Kyiv and lectured Ukrainians on the eve of their country’s presidential election, helped spark the Orange Revolution. A decade later, his insistence that Ukrainians and Russians were “one people” led to the failed partition of 2014 and eight years of hybrid warfare that plunged the entire world into a new Cold War.

The invasion of February 2022 is the latest and by far the most serious blunder caused by Putin’s toxic Ukraine delusions. He seems to have genuinely believed the country’s military would cave in and surrender, while fully expecting ordinary Ukrainians to welcome his soldiers with cakes and flowers. Instead, his criminal actions have left thousands dead and sparked the largest European conflict since World War II while transforming Russia into a global pariah. Putin’s contempt for Ukraine has long been his greatest geopolitical weakness. It has now led his country to catastrophe.

Anders Åslund is a senior fellow at the Stockholm Free World Forum and author of Russia’s Crony Capitalism: The Path from Market Economy to Kleptocracy.”