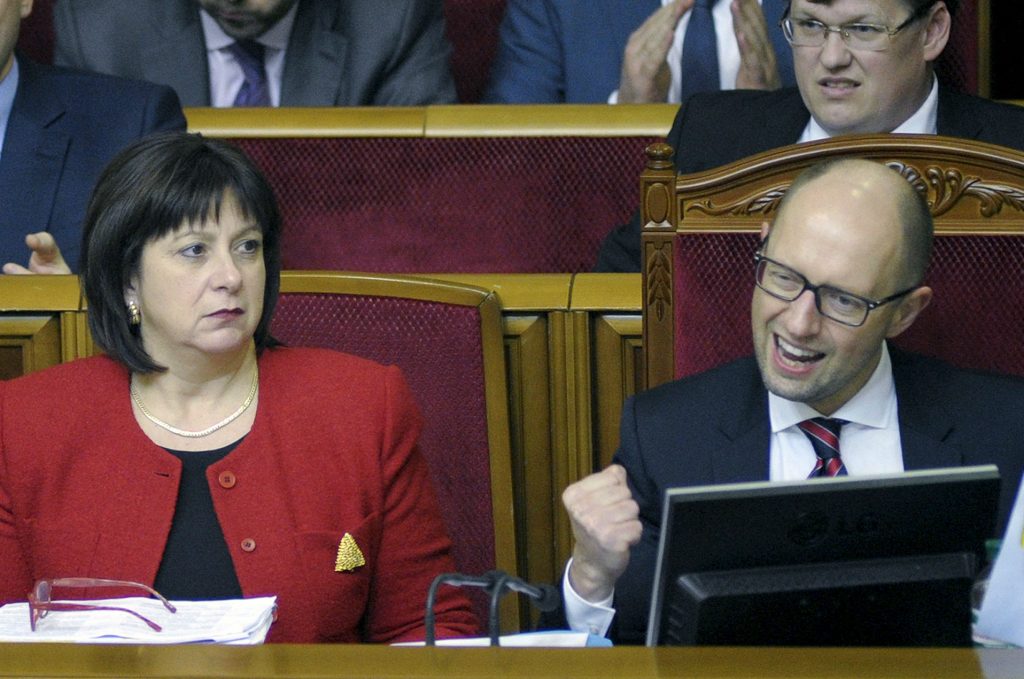 After Orthodox Christmas, I spent a few days in Kyiv. It is quite striking how the mood has changed in a positive direction. The 2016 budget and the modified tax code were adopted on December 24. After two weeks of well-deserved rest, there is a sudden realization that Ukraine accomplished many important economic reforms in 2015. Admittedly, many Ukrainians repeat the mantra that no reforms have taken place, but that is not true. Hundreds of sensible reform laws have been adopted and their breadth is impressive.

Energy reform has greatly reduced price discrepancies and limited the opportunities for corrupt arbitrage between state-controlled and free prices, while sharply reducing state subsidies. The budget has been brought close to balance, and major international financing together with debt restructuring was accomplished. Tax reform has been adopted. The banking system is being cleaned up as more than one-third of the banks have been closed. After a substantial devaluation, the exchange rate has stabilized and international currency reserves have increased considerably. Electronic procurement has been widely introduced. Some deregulation has occurred.

Yet Ukrainians are right to complain. Output has slumped, while prices have skyrocketed as the exchange rate has plummeted. The country is much poorer. The dominant concerns are that corruption has not diminished and public services have not improved. Nevertheless, the previous achievements listed above indicate what remains to be done and what the country’s priorities should be in 2016.

2. Much was accomplished in energy reform in 2015, and in 2016 it should be completed. Gas and electricity prices should be unified at a market level and set under the control of an independent regulator from April 1 and a gas and electricity market should finally be allowed to develop. Taxation of independent oil and gas producers must be made reasonable, and their regulation should be simplified. Social subsidies are given to the poorest third of the population, but no further subsidies should be given to energy companies.

3. Ukraine’s 1,833 state-owned companies are a den of corruption. The vast majority, 1,600, are of little value just extracting subsidies from the state. They should be sold off at a regional level and the payments given to the regional governments to motivate them to a faster selloff. The top 100 state enterprises, mainly in energy and transportation, have real value and their privatization should be open to foreign bidders whenever possible. These sales must be transparent and competitive aiming both at high prices and sound restructuring. About 120 armament companies belong to Ukroboronprom and need to be considered a separate national security matter. For such reasons, Russian entities need to be blocked from participation in privatization and foreign entities should have transparent ultimate beneficiaries.

4. Ukraine requires profound civil service reform, which has been legislated and will come into force in the spring. It is vital that it is properly implemented. Salaries of civil servants must be raised so that they can live on their salaries. A clear division needs to be made between political and civil service appointments. Entry into the civil service should take place through competitive exams. Promotions should be based on merit, not seniority. Standard rules against conflicts of interest should be introduced. The European Union has offered substantial financial and technical support and this is something that EU countries do well.

The vast administration of the cabinet of ministers of 700 people that traditionally has duplicated and hampered the work of the ministries should be dismantled and replaced with a limited apparatus for coordination. The system of requiring twenty to thirty signatures on each major decision must end, and ministries should obtain real responsibility.

5. The budget deficit has been brought under control and the most corrupt expenditures have been eliminated, but Ukraine needs to reform the budget process to make it fully transparent. This requires technical assistance from a Western country with a well-functioning budget system to render public expenditures efficient.

6. Ukraine carried out some deregulation in 2015, but far too little. Many inspection agencies persist and should be closed. Ukraine could rise sharply on the World Bank’s Ease of Doing Business Index, if it carried out possible deregulation.

7. Former Minister of Education Dmytro Tabachnik caused chaos in the school system 2010-13. Ukraine needs to establish elementary order in the school organization and curriculum. Poland offers a good example that could be copied. This would not cost much, but it is a matter of getting the proper administration into place.

Many other issues are also important, notably improvement of the health care system, but such reform requires more time. The top six priorities above are all focused on reducing corruption. School reform is comparatively easy and can be done within a year.

Ukraine has reformed much in 2015, but the government needs to keep up the momentum to attain sound economic growth.