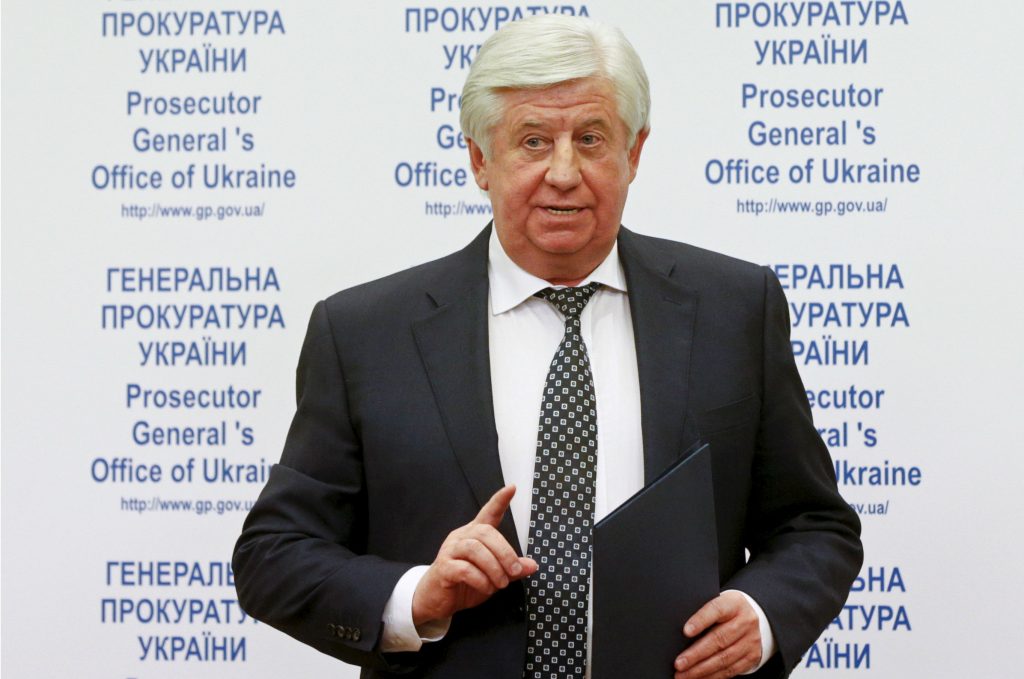 On March 29, the Ukrainian Rada finally approved the resignation of Ukraine’s disreputable Prosecutor General Viktor Shokin. He was voted out with an overwhelming majority of 289 votes, including 114 of the 134 deputies of the Poroshenko Bloc. On February 16, Shokin was forced to submit his letter of resignation in connection with the failed vote of no confidence in the government of Prime Minister Arseniy Yatsenyuk.

The amazing thing is not that he was sacked but that it has taken so long. President Petro Poroshenko appointed Shokin to the role in February 2015. From the outset, he stood out by causing great damage even to Ukraine’s substandard legal system. Most strikingly, Shokin failed to prosecute any single prominent member of the Yanukovych regime. Nor did he prosecute anyone in the current government.

Shokin skillfully blocked reform. He was in charge of implementing the 2014 law on prosecution, which the European Union had insisted on for years. It aimed to reduce the role of the prosecutors, who were absurdly superior to judges in the Soviet legal system that persisted in post-Soviet Ukraine. The law also involved a reevaluation of all prosecutors with the intention of weeding out corrupt and incompetent prosecutors. Shokin manipulated the process so successfully that the old prosecutors prevailed and minimal renewal occurred.

For these reasons, Shokin has stood out as the most obvious obstacle to judicial reform. US Ambassador Geoffrey Pyatt called for his ouster in all but name in a speech last September, and Vice President Joe Biden did so explicitly during his visit to Ukraine last December.

To an outsider, it seems strange that Shokin was allowed to do so much damage for so long, but he has clearly enjoyed Poroshenko’s full confidence and is even godfather to one of Poroshenko’s children.

The ousters of Sakvarelidze and Kasko are more significant than the long-overdue retirement of the 64-year-old Shokin. These two young prosecutors became famous for arresting the top prosecutor in Kyiv after finding vast amounts of cash, gold, and precious stones in his office. Shokin responded by prosecuting them for this and Kasko just had his assets frozen. Shokin has also instigated a case against a leading anticorruption activist in Kyiv, Vitaliy Shabunin, and the Poroshenko Bloc has expelled two deputies, Mykola Tomenko and Yegor Firsov, from parliament under a controversial law it recently adopted. Their crime was their protests against corruption.

While few will miss Shokin, his belated ouster is unlikely to help the battle against corruption in Ukraine. Instead, a fight against anticorruption activists has been launched. What a sordid story to say the least.