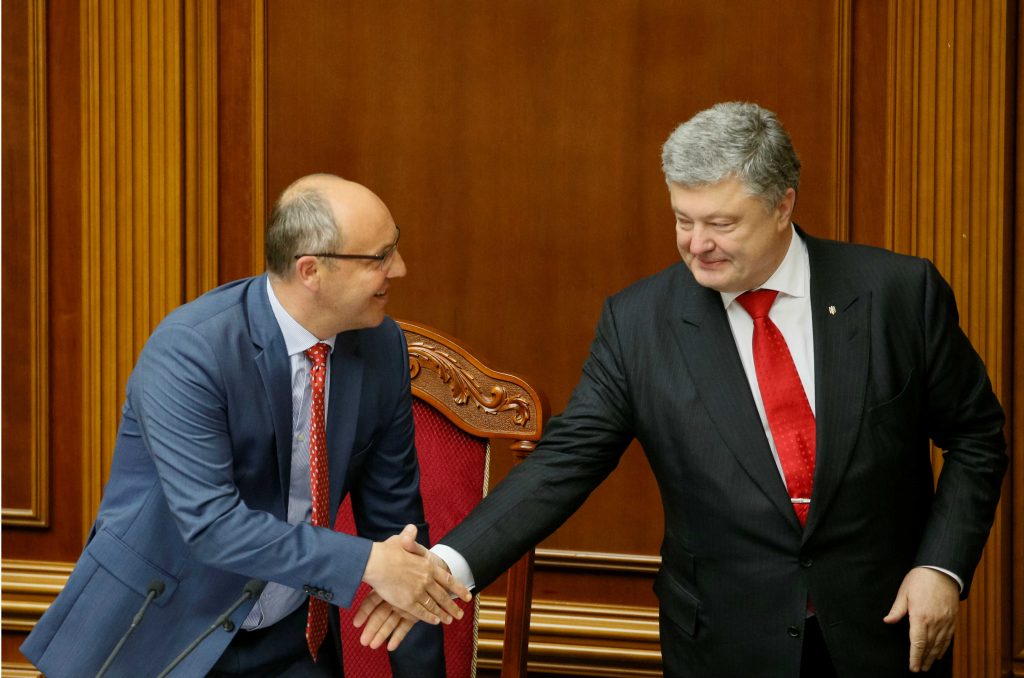 Ukraine has less than four months before the presidential campaign season begins in earnest on December 31. The media is already full of populist promises and ads defaming political competitors. Outdoor advertising is dominated by catchy slogans and the old faces of party leaders. TV channels are being redistributed between their oligarch owners.

What can parliament and the government accomplish before the start of the election season? Not much. We must be realistic and prioritize. Among the many vital reforms Ukraine needs, the focus should be on those that enable an environment for further transformations and ensure the country’s resilience in the face of a possible worsening of the political climate following the elections. That list includes at least six specific reforms.

As a country at war, Ukraine should continue prioritizing security and defense regulation. Rada Speaker Andriy Parubiy named national security the parliament’s number one priority for the new parliamentary session. The Law on National Security passed in June provides for the adoption of other laws in this area, including ones that cover the State Security Service (SBU), intelligence agencies, state defense order, and the parliamentary committee overseeing security and intelligence bodies.

The parliament, the president, and respective executive agencies should promptly finalize these bills by the end of 2018 and ensure their soonest adoption.

Experts rightly admit that holding two election campaigns, presidential and parliamentary, under the current electoral system is no less than a national security issue. Without further delay, the parliament should adopt the new electoral code in full, launching a proportional system of open regional party lists for the next parliamentary elections in October 2019. This will significantly reduce the risk of corruption and enable voters to define candidates’ chances for office.

The current electoral rules were introduced in 2011 through the direct recommendation of former President Victor Yanukovych. Over 40 percent of Ukrainians believe they should be replaced by a fully proportional system with open party lists, according to a recent poll. On September 6, nearly 4,000 citizens and over ten political parties took to the Verkhovna Rada demanding the adoption of the new electoral code.

Two other priorities for MPs should be to strengthen responsibility for electoral crimes and, after a four-year delay, finally appoint professional and untainted members to the Central Election Commission with the proportional representation of factions.

In June, Ukraine finally passed a law on the High Anti-Corruption Court providing for the decisive role of international experts, as recommended by the Venice Commission and demanded by the IMF and Ukraine’s civil society. All eyes are now on the selection of the court’s thirty-nine judges. The application deadline was September 14; according to the High Qualification Commission of Judges (HQCJ), it has received only one hundred twenty-eight applications, although more may arrive by mail in the coming days.

On September 14, fourteen international organizations invited to participate in the selection process submitted a consolidated list of candidates for the HQCJ to select six to the Public Council of International Experts. The key priority now is to ensure that the HQCJ publicizes candidates’ dossiers and written tests, substantiates their evaluations and rankings, and that international experts have more than the current thirty days to analyze candidates’ information.

Along with the creation of the High Anti-Corruption Court, the selection of seventy-eight new Supreme Court judges, in addition to the 118 who were already appointed, will continue until at least early 2019. To ensure the transparency of this process, it is crucial to remove all obstacles to the effective operation of the Public Integrity Council (PIC), a public body filtering tainted candidates, and to amend HQCJ’s internal procedures, which allowed for the appointment of at least twenty-nine tainted candidates as Supreme Court judges in the previous selection round.

On other anticorruption fronts, it is vital that attempts to undermine the operation of the National Anti-Corruption Bureau (NABU) end—including efforts by the leadership of the Special Anti-Corruption Prosecutor’s Office (SAPO)—and that the involvement of political interests in the NABU audit is prevented. On the legislative side, it is crucial to finally give NABU the powers and resources it needs to conduct direct wiretapping, and to adopt the draft law on NABU that has been waiting for consideration for over two years now.

As to the SAPO operation, its prosecutors should avoid making politically-motivated decisions with questionable legal grounds, since this can lead to a deterioration of trust in the institution.

Economic policy should remain a high priority. The parliament should eliminate administrative pressures on business by adopting draft laws that simplify the licensing of foreign economic activity, protect Ukrainian exporters, safeguard business from unlawful actions by controlling authorities, and provide a legislative basis for the business obmudsman’s office. The parliament should also speed up consideration of the draft law on concessions, which broadens opportunities for public-private partnerships, and the draft law on consolidating state regulation of financial services markers.

On the implementation side, it is crucial that the government ensure the full and timely execution of the Law on State Property Privatization adopted in January 2018 to enhance transparency, simplify privatization procedures, and minimize price manipulations.

Executive bodies should also proceed with the implementation of the state banks reform strategy adopted in February 2018. The strategy offers a roadmap for the development of Ukraine’s four state banks and provides incentives for the transformation of the banking sector in general. Additionally, the president should sign law 8331-d which creates a legal basis for the creation of independent supervisory boards in state banks.

Moreover, civil society experts continue emphasizing the strategic importance of replacing the corporate income tax with a distributed profit tax, which would reduce the budget shortfalls caused by aggressive tax planning with the use of offshore low-tax jurisdictions, and simplify tax administration.

Decentralization efforts have already given over 700 unified local communities access to broader administrative autonomy and have enabled significant growth in local budgets. To maintain this momentum, it is crucial to further decrease the dependence of Ukraine’s regions on the central government and to strengthen their resilience in the face of the political and budget turbulences that will accompany the upcoming elections. To enable this, the parliament should adopt two draft laws defining the basis of Ukraine’s administrative and territorial system and introducing progressive principles of service for local self-government bodies.

Just as important is unblocking the elections in local unified communities. A recent decision of the Central Electoral Commission put this process on hold and must be reversed.

Civil society remains a strong driver of reforms and plays a vital role in guarding post-Maidan achievements. Nevertheless, recent months in Ukraine have been marked by a record number of physical attacks and administrative pressures on activists that have not been properly investigated. Only last week, one of Ukraine’s key judicial reform experts was threatened with disbarment for his anticorruption activity.

For Ukraine to keep its most fundamental reforms high on the political agenda, the state must prevent the unjustified persecution of civil society activists and avert further physical pressure. The parliament should finally cancel the unconstitutional obligation for civil society activists to submit e-declarations as public officials do. Authorities should enable the environment for civil society’s uninterrupted, effective, and safe participation in the policy process and its ability to keep government in check, particularly in view of the two upcoming elections.

On September 11, at a public forum held by Reanimation Package of Reforms, Speaker of Parliament Andriy Parubiy and Prime Minister Volodymyr Groisman voiced support for most of these goals and reinforced their commitment to work with civil society and international partners. These promises must now be translated into consolidated actions. Without them, these priorities are nothing more than another wish list.

Olena Prokopenko is the head of international relations at Reanimation Package of Reforms coalition in Kyiv.