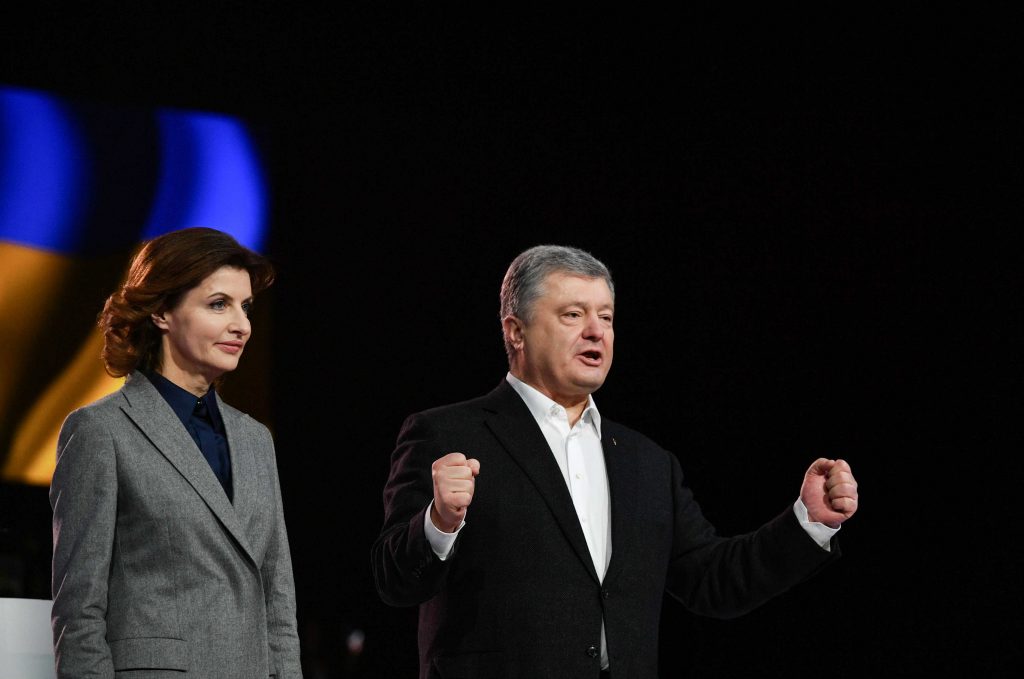 Russia’s attack on Ukrainian ships in the Sea of Azov on November 25 may have been a probe to test the West’s reaction before the launch of other offensives aimed at destabilizing Ukraine at a crucial time.

2019 is Ukraine’s election year. And it is one of double importance with presidential and parliamentary elections taking place six months within one another. But Ukraine’s domestic politics, including President Petro Poroshenko’s hold on power, remain shaky.

Three months before voters head to the polls, 30 percent of the electorate is undecided about whom to vote for and nearly 82 percent said that they have no confidence in the president. This means there’s still plenty of room to sway public opinion—a craft the Kremlin has overwhelmingly succeeded at on foreign territory.

Despite the fifth year of war in the east of the country, enough positive developments took place in Ukraine in 2018 to aggravate an already revanchist Russia.

Kyiv’s success in securing independence for its own Orthodox church is a historical win that has pushed the Russian Orthodox church into isolation, sapping one of Kremlin’s key instruments of soft power in Ukraine and the rest of post-Soviet space. Kyiv also made further commitments to its security priorities. NATO has given the country official aspiring member status while the parliament approved a constitutional amendment to include Ukraine’s strategic course for obtaining EU and NATO membership as irreversible.

Despite the slow progress of some reforms, foreign policy-wise Ukraine is on the right track. If Poroshenko is reelected, there is little doubt that its pro-Western course would continue. This is an uncomfortable reality for Moscow, and probably the reason Putin wants anyone but Poroshenko to win.

For the Kremlin, the aim of interference is clear: to disrupt Ukraine’s pro-Atlantic path by nudging in a candidate who will bring relations with Russia to a thaw. And such figures are already on the horizon. Presidential candidate Yuriy Boyko is open about his intention to soften relations with Russia. And while his chance of winning is slim to none, there are others like former Prime Minister Yulia Tymoshenko who may be willing to cut a deal with Russia, or showman Volodymyr Zelenskiy, whose lack of experience means that his tenure would be marked by utter chaos. If they are elected, Moscow will be mixing martinis.

But beyond specific candidates, there are at least three more reasons to worry about interference.

Russia has been involved in Ukraine’s elections since the early 2000s and it knows this terrain better than others. There are Kremlin loyalists within Ukraine who have “pulled strings” for Russia in the past and are ready to step up again. One of such associates, Viktor Medvedchuk—a Ukrainian businessman whose daughter is the godchild of Putin and who was one of the first people on the US sanctions list—has returned to the political scene with an announcement that he will run in the parliamentary elections.

Other methods would rely on more general tactics that have become standard practice. The Kremlin may try to divide and conquer the electorate—an approach that previously worked on Ukrainian voters during Yanukovych’s 2010 campaign. This involves the release of a flurry of tailor-made messaging targeted at the most susceptible audiences, such as the elderly and displaced who were hard hit by the recent hikes in gas prices, and of course the war.

An “American scenario” is on the table too, says Alex Kokcharov, principal research analyst on Europe & CIS of the UK-based IHS Markit. Russian hackers could attempt to steal sensitive documents on one of the candidates, manipulate the data, and dump it online in old school black PR fashion. An attack on the systems of the Central Election Commission to gather data and use it to incite public doubt about the result should it not swing in Russia’s favor is also possible. Ukraine may be most susceptible to such an intrusion as most Ukrainian government agencies are woefully unprepared for cyberattacks.

Whichever method it chooses, the perfect match to Russia’s election meddling is a susceptible public. And with Ukraine’s largely skeptical, undecided populace tired of politics and war, Ukrainians need to be on high alert.

Sofiya Kominko is a graduate student at the School of Slavonic and East European Studies, University College London.