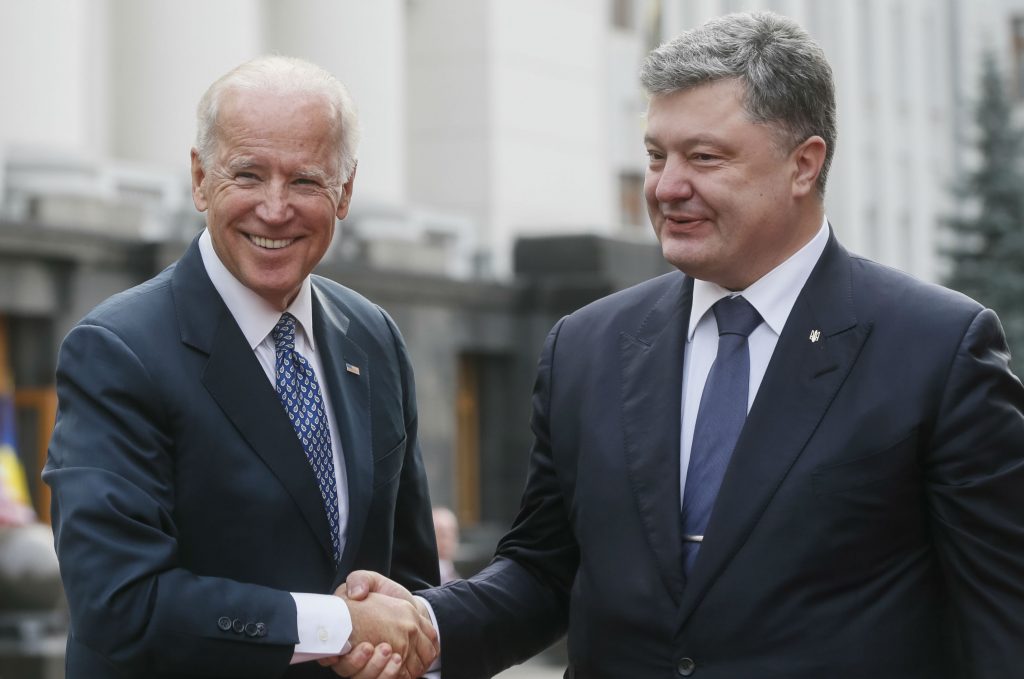 Ukraine has made great strides in the last two years. The democratic and pro-Western Ukrainian leaders that gained power in February 2014 have returned democracy to Ukraine and have conducted three free and fair elections at all levels of power. The Ukrainian nation has come together and successfully defended itself against Russian aggression. After two years of decline caused by Russian warfare, the economy appears to have bottomed out.

Yet the situation is far from secure. Ukrainians are tired of poverty and suffering. The United States has provided the new Ukrainian leadership a fair amount of support, but more is needed. Our proposal is a bilateral inter-governmental commission under the leadership of Vice President Joe Biden and Ukraine’s President Petro Poroshenko.

In September 1996, Ukraine and the US established the Gore-Kuchma commission, which is fondly remembered by the many Americans and Ukrainians who participated in it. It provided a vehicle for more effective cooperation between our countries than ever before or since then. This kind of formal cooperation is needed once again.

Biden is the anchor for US policy on Ukraine. In the last eighteen months, he has visited Ukraine no less than three times, and he is currently in Kyiv on his fourth trip. He is on the phone with Poroshenko or Prime Minister Arseniy Yatsenyuk virtually every tenth day. It would be natural to formalize this cooperation.

A Biden-Poroshenko Commission could reinforce the beneficial role of the United States as a counterweight to Russia. It helps that the United States has just authorized $300 million in military assistance to Ukraine, showing Russia some reason for more military restraint.

The United States has been deeply engaged also in Ukraine’s economic reforms, which have gone further than at any time since Ukraine’s independence, with major energy reform, major fiscal adjustment, and a cleansing of the banking system. The US government has supported the International Monetary Fund four-year lending program of $17.5 billion and provided $3 billion in badly needed loan guarantees that have helped to replenish Ukraine’s rundown international reserves.

Ukrainians are tired after eighteen months of arduous reforms, whose result are only now becoming visible, but without more assistance Ukraine has to maintain fiscal discipline. US Secretary of Treasury Jack Lew has just visited Ukraine, and Biden’s trip will be vital to persuade the Ukrainian parliament to adopt a new tax code and realistic budget that make sense and can satisfy the IMF, on whose funding Ukraine depends.

Judicial reforms have proven much more difficult to enact than economic reforms. Multiple vested interests have blocked reforms of prosecution and courts and the establishment of new anticorruption bodies. The European Union is trying to persuade the Ukrainian government to do the right things, but with limited success. With a commission scheduling regular meetings, the US Vice President would be well positioned to use his influence to help resolve these difficult issues.

Last July, US Secretary of Commerce Penny Pritzker, whose family hails from Ukraine, hosted a major US-Ukraine investment conference in Washington, and she has visited Ukraine twice after the country’s revolution of dignity. The interest among American corporations in investment in Ukraine is considerable and welcomed by the Ukrainian government. A commission would provide a regular forum for investment promotion, another pillar of US-Ukrainian cooperation.

US-Ukraine cooperation is already very good; but given Ukraine’s still dire circumstances, the US should make it better by creating a high-level commission with five working groups each led by cabinet members: the secretaries of commerce, defense, justice, state, and the treasury.

In 2016, Ukraine will face the critical challenges of Moscow’s aggression, a slippery diplomatic process, corruption, poverty, and economic stabilization, and growth. The US has a vital stake in Ukraine’s success. A Biden-Poroshenko commission would focus US and Ukraine’s efforts to ensure that those challenges are met and Ukraine is able to eventually join the West.